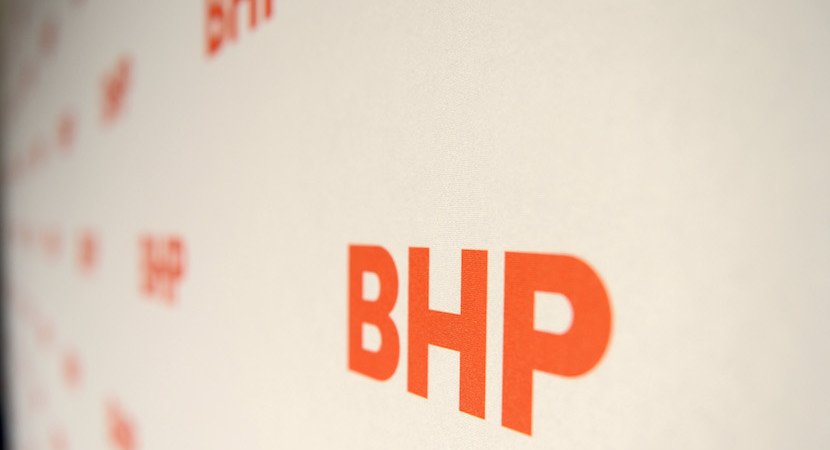 EDINBURGH — BHP Billiton, listed on the Johannesburg and London stock exchanges as well as in Australia and the US, and the largest mining company in the world, is selling out of US shale. It has offloaded a big chunk of a position in the world’s fastest-growing major oil region for a profit. Analysts say the deal is a sign that the worst is over after the oil price crash three years ago. Nevertheless, BP’s stock price reacted negatively to the deal. BP, one of the world’s biggest oil companies and also listed in the US and UK, has been battling to recover from a 2010 oil spill off the Gulf of Mexico. Its new purchase suggests its executives are confident BP is nearing the end of legal claims connected to that environmental disaster. – Jackie Cameron

By David Stringer and Kevin Crowley

(Bloomberg) – BP Plc agreed to pay $10.5 billion, its biggest acquisition in almost two decades, for most of BHP Billiton Ltd.’s onshore US oil and natural gas assets, including in the prized Permian Basin.

The deal gives the London-based energy giant a position in the Permian, a swathe of west Texas and New Mexico that’s the world’s fastest-growing major oil region. It’s another sign that Big Oil has mostly rebounded from the 2014 to 2016 price crash. BP will also add positions in the Eagle Ford and Haynesville basins in Texas and Louisiana.

“We’ve just got access to some of the best acreage in some of the best basins in the onshore US,” BP’s Upstream Chief Executive Officer Bernard Looney said in a statement. The Permian produces about 3.4 million barrels a day, which would make it the fourth-largest member of OPEC, behind Saudi Arabia, Iraq and Iran.

BP shares reacted negatively to the transaction, falling as much as 2.4 percent in London. BHP appears to have got the better side of the deal, selling the entire package of assets for a higher price than expected, RBC analyst Biraj Borkhataria said in a note.

“The Permian is the largest US shale play with the most inventory so it’s not hard to see the long-term attraction,” said Leo Mariani, an Austin-based analyst at NatAlliance Securities LLC. While the

In the aftermath of the 2010 Deepwater Horizon catastrophe, which spilled oil into the Gulf of Mexico, BP sold acreage and infrastructure in the Permian, missing out on the region’s recent output boom. The deal with BHP underlines BP’s increasing confidence that it’s nearing the end of claims, fines and penalties related to the incident that will amount to more than $60 billion.

The deal is a “transformational acquisition,” BP’s CEO Bob Dudley said in the statement, and will add current production of about 190,000 barrels of oil equivalent a day and discovered resources of 4.6 billion barrels of oil equivalent. Acquiring the operations will give BP access to wells that pay back in months rather than the years common in bigger offshore projects.

While the Eagle Ford is currently the most valuable, “the Permian acreage offers the biggest longer-term upside,” Maxim Petrov, a Singapore-based senior analyst at Wood Mackenzie Ltd. said in a note. “There’s plenty of running room for BP to add value straight away as the assets have been under-invested for the past two years.”

Melbourne-based BHP, the world’s top miner, flagged plans last year to exit the shale sector amid pressure from investors including activist Elliott Management Corp., which argues its foray into onshore oil and gas, along with other decisions, wiped out $40 billion in value. A $20 billion spree on two US oil and gas acquisitions in 2011 had been too costly and poorly timed, while the shale unit didn’t deliver expected returns, CEO Andrew Mackenzie said last year. Elliott declined to comment on BHP’s sale.

The BP deal and a $300 million sale of Fayetteville assets to a unit of Merit Energy Co. completes its exit from the sector, and proceeds will be returned to shareholders, Mackenzie said in a statement.

“Shale has been a problem child, so it’s good to finally resolve that,” said Sydney-based Andy Forster, senior investment officer at Argo Investments Ltd., which holds BHP and manages more than A$5 billion ($3.7 billion). “It’s a pretty good price too.”

BP was among as many as 60 companies that participated in the first round of bidding for BHP’s assets, Dudley said in June. BHP also drew initial offers from separate partnerships headed by Chevron Corp. and Royal Dutch Shell Plc, people familiar with the process said in June.

The sale process has been completed faster, and at a higher price, than some had expected, Melbourne-based RBC Capital Markets analyst Paul Hissey said in a note. RBC had forecast BHP would garner about $8 billion for the assets, while UBS Group AG expected about a $10 billion sale. Completion of the deal may “provide the clear air for a refresh of the executive management group,” Hissey said.

BHP will recognize a $2.8 billion impairment against the onshore unit in financial results next month, the company said. The deals are expected to be completed by the end of October, BHP said. The company’s shares in Sydney rose 2.3 percent to close at the highest in more than two months.

“It’s the end of a long and disappointing saga, but it is probably a good end,” said Craig Evans, a Sydney-based portfolio manager at Tribeca Investments Partners Pty., which holds BHP shares and last May called for the shale unit to be sold. The mining giant may plan an off-market share buyback early next year with the proceeds, Evans said.

Explorers have rebounded from the oil price crash that started in 2014 and are generating strong cash flows after cutting costs and benefiting from a global crude price trading around $75 a barrel, about 46 percent higher than a year ago.

Before the deal, BP had expected to produce about 60 percent gas and 40 percent oil by 2020, a reversal from 2014 when it was the opposite. Last year, six of BP’s seven major projects brought on stream were gas.

Along with growth, producers are returning cash to shareholders. BP will lift its dividend by 2.5 percent, the first increase in 15 quarters, it said in the statement. It’ll also plan to fund share buybacks of between $5 billion and $6 billion with the sale of mainly upstream assets.

The most valuable part of the package is BHP’s Eagle Ford position given its scale and attractive economics. But the Permian acreage offers the biggest longer-term upside, with some of the best breakevens in the play, well below US$50/bbl Brent. Similarly, the Haynesville assets have some of the most attractive shale gas economics outside the Marcellus, and nicely compliment BP’s existing acreage in the play.

The assets were initially acquired by BHP in 2011 but the cash generation and capital requirements ultimately proved unsuitable for the company. There’s plenty of running room for BP to add value straight away as the assets have been under-invested for the past two years.

BP was previously underweight to US tight oil compared to its peers. This deal transforms BP’s US business – it will immediately raise its US production by almost a fifth while providing competitive returns and volumes growth. We see BP’s combined US production hitting 1 million boe/d in 2020, with the potential to reach close to 1.4 million boe/d by 2025.

We still see a need for BHP’s international oil and gas portfolio, although this runs counter the recent industry trend of reducing exposure to conventional assets to focus on US unconventionals. The remaining international assets provide strong cash flow, revenue diversification and is vital to servicing the dividend. We estimate that the remaining upstream business generates almost half of the company’s current dividend payout. But we expect a simplification of the portfolio to focus on the core assets in Australia and the deepwater Gulf of Mexico.