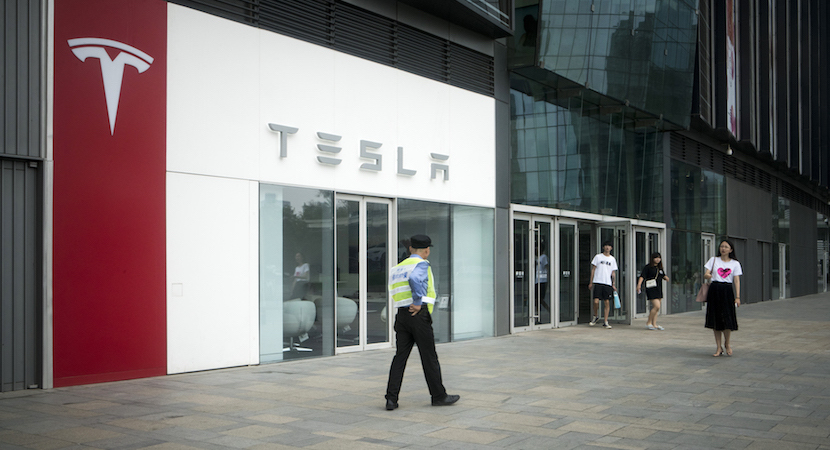 EDINBURGH — Elon Musk, the South Africa-born tech entrepreneur who has made good in the US through a range of innovations, may be getting to big even for his boots. He has been hailed as a visionary who will be remembered for success in two fields with high barriers to entry – electric car manufacturing, with Tesla, and commercial trips to space, through SpaceX. But lately Elon Musk has been behaving badly. He has been rude to investment analysts who have questioned him on his Tesla numbers after a series of disappointing results. Recently Musk posted a Tweet that smacked of trying to manipulate the Tesla share price. The US Securities and Exchange Commission isn’t ignoring the big-ego businessman. It is demanding information from Tesla as it ratchets up an investigation into Musk’s Twitter activities. – Jackie Cameron

Tesla Inc. has received a subpoena from the U.S. Securities and Exchange Commission regarding Elon Musk’s effort to take the company private, indicating the regulatory scrutiny of his statements have reached a more serious stage.

The demand for information, described by a person familiar with the matter, followed Musk’s tweet last week saying he was considering taking Tesla off the market and had “funding secured” for the deal. The electric-car maker’s shares dropped 2.6 percent to $338.69, closing at the lowest since the chief executive officer set off a firestorm last week.

Musk exposed himself to legal risk by tweeting Aug. 7 that he had the funding for a buyout. Almost a week later, the chief executive officer said the basis for his statement was conversations with Saudi Arabia’s Public Investment Fund, which first expressed interest in helping take the company private in early 2017. Tesla’s board has since clarified that it hasn’t received a formal proposal from Musk, who’s also chairman, nor has it concluded whether going private would be advisable or feasible.

Fox Business reported earlier that the SEC sent the subpoena.

Musk also tweeted on Monday that Goldman Sachs Group Inc. and Silver Lake would act as financial advisers, but neither had officially signed on at that point, people familiar with the matter said Tuesday. Goldman Sachs on Wednesday suspended its ratings and price target for Tesla stock, citing its role as an adviser.

Tesla may face potential regulatory challenges beyond the SEC investigation. The company probably will need approval of U.S. national security officials if Saudi Arabia finances the effort to take the company private, and President Donald Trump’s administration has been stepping up scrutiny of foreign investment in American technology.