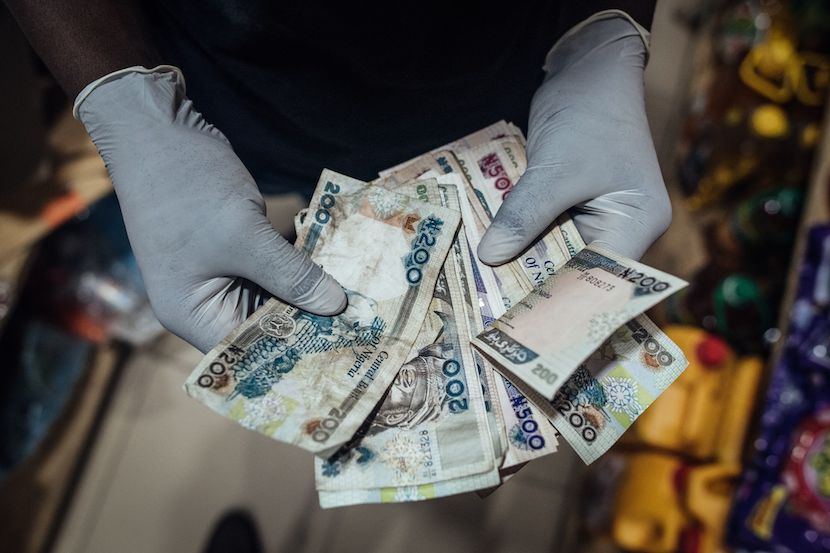 Opportunity abounds for domestic investors on the Nigerian bourse as the prospect of a further devaluation of the naira looms, says an emerging market fund manager. While the forex policies of the Central Bank of Nigeria have spooked foreign buyers, a devaluation of the naira may see local investors double the value of their holdings, says the London-based Duet Group. Citing the example of the Zimbabwean stock market that experienced growth under similar circumstances, Duet says the naira was passing hands on the black market at more than a 14% premium to the official exchange rate to suggest the currency is ripe for a third devaluation, possibly to a N430/$ level. That would spell boom times for the Lagos-based bourse and boost participation from local investors who accounted for 60% of transactions this year, Duet says. – Derek Alberts

Duet tells Nigerians to buy local stocks, while staying away

(Bloomberg) –The currency risk that’s keeping foreigners from the Nigerian market is a golden opportunity for local investors, according to a London-based fund manager who’s dumped all his Nigerian assets.

While the probability of a naira devaluation remains a turn-off for foreign investors, it could boost the local stock market, as it happened in Zimbabwe, said Erik Renander, a portfolio manager at Emerging Markets Investment Management Ltd, known as Duet Group/UK.

More investment by locals would also bolster confidence in the market, he said.“You could be sitting in front of a great opportunity,” Renander said in virtual conference. “Generally, when the currency devalues, the local stock market goes up a lot. Maybe the naira is going to go to 550 per dollar, and the Nigerian stock market could go to 50,000; you could easily have a double.”

The naira traded at 384.67 per dollar in the official market on Monday, compared with a black-market rate of 455. Nigerian central bank resumed dollar sales to corporates and investors last week after rationing the greenback since March due to fall in crude prices and coronavirus outbreak. Investors believe the naira, which has been devalued twice this year, is still overvalued.

Bank of America analysts said last month that they expect further adjustment of the local unit to 430 per dollar next year.

Domestic participants accounted for 60% of transactions on the Nigerian stock exchange this year, according to the bourse head, Oscar Onyema. Excess liquidity has pushed yields on fixed-income instruments to low single digits.

Renander bought Nigerian Treasury bills in 2017 after the devaluation of the naira, when rates jumped to more than 20%. He sold all his holdings of bills and equities in February, and won’t return to the market until the currency regime improves, he said.“The forex policy of the Central Bank of Nigeria is really hurting the attractiveness of Nigeria in general, both in equity and fixed income,” Renander said.

“It’s hard for me to come into Nigeria when I just don’t have an idea when I am going to get my money out again,” and yields aren’t high enough to compensate for that risk, he said.