Rarely has one so humble, so softly spoken, imprinted her persona so powerfully on a nation as Advocate Thulisile Madonsela has on South Africa. Appointed in October 2009 to what was then the low profile position of Public Protector, her seven year stewardship gave South Africa a study in courage and resilience in the face of extreme adversity. At times it seemed Madonsela stood alone against rampant plunder of the State’s resources, her enemies inventing all manner of falsehoods and public rebuke in efforts to discredit her. One day there will be statues of Thuli as a reminder to her nation that its future greatness was built on the contribution of those who chose the Constitution above their own comfort. And, that one properly motivated soul truly can make a huge difference. – Alec Hogg

I have a dream that the people of SA will soon live in harmony and friendship anchored in shared prosperity, broader social justice and human dignity for all with no exceptions based on race, gender, disability, age, sexual orientation, religion, political affiliation, nationality or any other characteristic of human diversity.

I see a South Africa where the constitutional promise of a freed potential and improved quality of life shall soon have meaning to all and not just some. I dream of a South Africa whose foundational values of human dignity, freedom and the achievement of equality are demonstrably evident in the lived out experiences of all who live in it.

I see a South Africa where no human being is denied or lacks basic human rights such as the right to equality, human dignity, access to food, access to health, access to education, access to social security and basic human freedoms, because of accumulated socio-economic disadvantages engineered by the history of exclusion and oppression based on race, gender, disability and other irrational stratification.

I see education becoming the greatest leveller, it has the potential to be for all persons, particularly children, regardless of the circumstances they were born into. I dream of a South Africa where no child’s dreams are derailed by poverty, a South Africa where no child is trapped in the circumstances of their birth, unable to soar to great heights simply because they cannot afford to pay for quality education.

I see an immediate future where no child is excluded from pursuing tertiary studies of his or her choice due to lack of funds. I dream of an education environment where none endure indecent living conditions for the sake of education and education content that does not reinforce racial, gender and other social stereotypes or historical injustices.

I see an education system that not only frees the potential of every person but also unleashes South Africa’s developmental potential making it a social and economic giant among nations and a key contributor to the achievement of a globally competitive Africa.

I dream of a South Africa where government is always based on the will of the people and no person assumes or stays in power against the will of the people. I see a South Africa where government demonstrably works and uses available public resources to optimally and expeditiously deliver the constitutional promise to all and not just those with power to improve their fortunes in government.

I dream of accountable, integrity-centred public governance that is responsive to the needs of all and not just some. I see those entrusted with midwifery of the constitutional promise seeing themselves as stewards who do not respond to legitimate demands for timely delivery of the constitutional promise of a freed potential and improved quality of life by those left behind among us with sneers and repressive force.

I dream of a South Africa where the midwifes of the constitutional promise are faithful to the Constitution and act selflessly by ensuring that the public power and limited public resources they are entrusted with are primarily used to create opportunities for people to serve and prosper.

I dream of government and state functionaries who walk the talk on ethical governance, administrative justice, rooting out corruption and general good governance based on the rule of law. I see hard work being rewarded. I see no nepotism, cronyism and self interest in the exercise of public power and control over public resources.

In the short term I dream of a compassionate and constructive #FeesMustFall dialogue culminating in a declaration signed by all key stakeholders in January 2017 averting further anger and despair among young people.

I further see President Zuma accepting his constitutional responsibility, under section 195, enjoining him to investigate allegations of corruption or any other wrong doing in state affairs when alerted to or put on notice about such.

In my resolute faith in humanity and hope in the power of our shared love for the people of South Africa, I see President Zuma putting South Africa above self and politics by, among others, accepting that constitutional democracy dictates that the Public Protector or any other competent authority can cause him to do what he must when he is not doing so.

I see President Zuma selflessly appointing a Commission of Inquiry to complete the investigation into the allegations of state capture that have poisoned political relations and hamstrung government while imprisoning whistle-blowers in a cloud of uncertainty.

Ultimately, I dream of a nation no longer prepared to tolerate impunity for wrong-doing and lies by any of the chief midwives of the constitutional promise. I see a nation, particularly its young persons, awakening and taking its destiny in its hands. I see a people no longer prepared to outsource matters of public power and resources to politicians, courts and other state institutions.

I dream of a nation where agency is restored to the people. I see a people no longer willing to moan in despair about a dream deferred and potentially derailed. I see the emergence of a nation of midwives where every person sees themselves as their own liberator while being their neighbour’s keeper.

I dream of a united nation characterised by shared prosperity and friendship where no one sees themselves as superior or another inferior on the basis of race, gender, disability, age, class, sexual orientation, political affiliation, religion, ethnicity, nationality, social origin or any other form of human diversity. 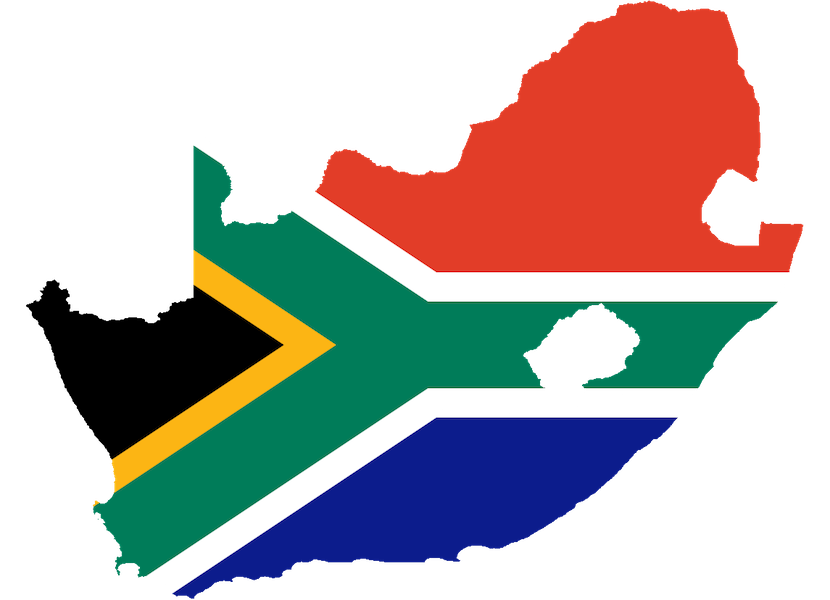 I share this dream because I believe in the constitutional promise, which captures the South African dream that inspired the fall of apartheid. That constitutional dream is not only the bond that binds us but it is also our greatest heritage as the people of South Africa. I share this dream because I believe that it is right and just that everyone’s potential should be freed, lives improved and dignity respected.

I share this dream knowing that the people’s patience has waned and hanging on a thread. I know for sure that those left behind are no longer prepared to wait their turn marinating in poverty when others unjustly prosper with some using the entrusted state as means to achieve such prosperity. I share this dream because I know there is no dignity in poverty and extreme inequality.

I share this dream having faith in this nations’ ability to take its destiny in its own hands as it has resolutely done for centuries. I share this dream because I have hope that the Ubuntu foundations of the people of South Africa and their unconquerable resilient souls will drive the change beckoned by the country, the continent and the world.

I share this dream with the knowledge that the people of South Africa can and will act fast to ensure that the South African dream is neither deferred nor derailed.