JOHANNESBURG — Every now and then a really inspiring South African story emerges. This story is definitely one of them as Zanele Hlatshwayo has turned personal pain into hope for others. Take a read. – Gareth van Zyl

Google Video Specialist, Zanele Hlatshwayo (33) from Orlando West, Soweto has pledged to run 18 races to redefine her father’s legacy, after he took his own life in June 2008 at the age of 47.

“My father was my hero. He was the man who was there for me every step of the way. He never missed a parents meeting, prize giving or any graduation ceremony. He taught me that I can be whoever I want to be and that all my goals are possible. He never missed an opportunity to encourage me. He was there every step of the way until he took his life on that fatal morning” – says Zanele. 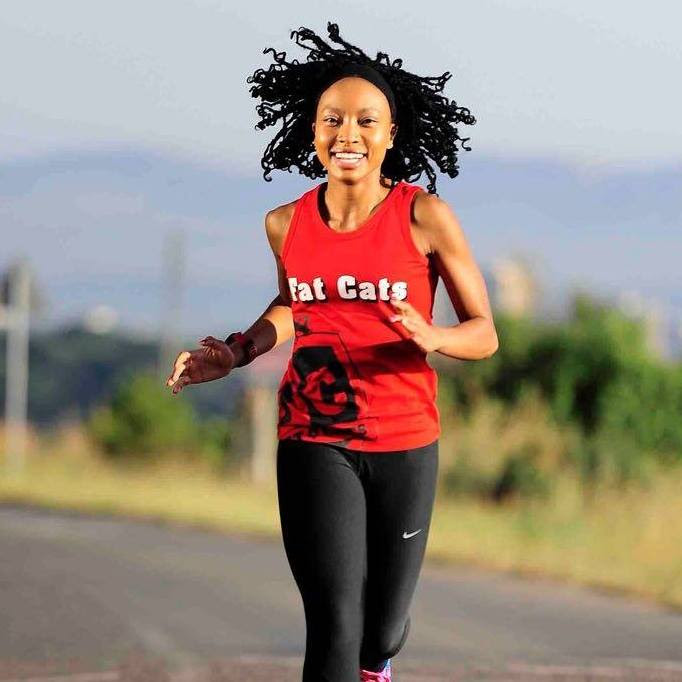 At the age of 24, Zanele faced a world of unanswered questions and found comfort in running to cope with the unbearable weight of her loss.

“I couldn’t understand why my father had to leave me. I was angry, broken and ashamed that the strongest man I’ve ever known took his own life I kept asking myself what was he thinking. At first I was running away from my pain, but eventually, running became a coping mechanism for me. Now running has become my sacred space where I get to heal, clear my head, but most of all where I get to conquer“ – says Zanele.

In honor of her late father Phillip Hlatshwayo, Zanele has set up a campaign on donations-based crowdfunding platform, BackaBuddy, to raise R180 000 for South African Depression and Anxiety Group (SADAG). To raise the funds, Zanele has committed to running 18 races across South Africa between January and July 2018. She has so far completed 7 races. Zanele’s upcoming races include the Two Oceans Marathon, Comrades and on the 27th of July, Zanele will take on the Washie 100 Miler in the Eastern Cape, a distance of 160km.

“I have decided to Rise and raise awareness about depression and suicide: silent killers that are scourging our beautiful country. I want to demystify mental illness and create a dialogue so that people no longer have to suffer for silence. If my BackaBuddy campaign saves one life, my purpose on this earth would have been fulfilled.” – says Zanele.

According to SADAG, there are at least 23 recorded suicides and 230 attempted suicides in South Africa on a daily basis. The funds generated by the campaign will assist the organization in continuing the only national suicide toll free hotline in South Africa.

“With the economic stress and financial pressures that a lot of South Africans are experiencing‚ we are seeing more callers phoning for help,” says Cassey Chambers, SADAG’s Operations Director.

To support Zanele, donate to her campaign here: https://www.backabuddy.co.za/rise18