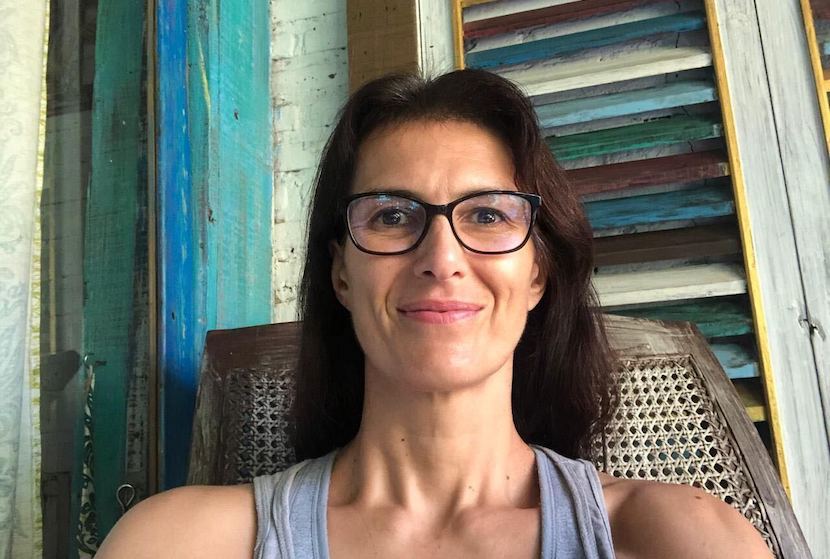 Dr Mariheca Otto, who was stuck in Bali when all flights to South Africa were cancelled due to the Covid-19 lockdown, has after 8 weeks been repatriated. She will remain in isolation for 14 days before she can return to her four children in Cape Town. Dr Otto spoke to Linda van Tilburg about the lessons she learnt, in both business and her personal life. One particular lesson came from being part of a social media group of South Africans in Indonesia, which made her realise how important it is to avoid what she called, ‘the haters’.

It’s been such a roller coaster ride for me personally. It took five attempts to come home and my fifth attempt was successful. Every time there was some sort of cancellation or some sort of issue. Then finally SAA did a proper repatriation flight and we arrived here Friday night, the 8th of May. So it’s been an amazing experience and they’ve been absolutely fantastic about the way they’ve been taking care of us. Now we’ve got to do a 14-day quarantine, but that’s fine, we’re on South African soil and I’m very grateful to be here. We just picked up the rest of the South Africans in Indonesia Jakarta, that was quick and it was amazing. The staff, police and everybody that was involved was welcoming and it was just so nice to be a South African.

How long did you find yourself on the island?

It was a total of eight weeks.

How did you cope towards the end?

It’s so strange because you try to just focus on your intent, what is your intention, what are you trying to do. If you start looking at the situation as if it’s hopeless you completely lose perspective. You become depressed and anxious. I’ve seen it on this group that I had to be part of, Saffers stuck in Indonesia that the government organized for us to talk to each other and to try to get out of the country. It was horrendous. If you want to do a social study on how people behave in a lockdown situation where they feel hopeless, it’s a perfect example. You can see how people are panicking, they become anxious, aggressive and there’s a terrible cycle. So if you don’t force yourself just to stay in that space, ‘saying you know what, this is tough but I can do it. This is what I control right now.’ That’s only two lines you actually have to use, then you can get through it. Otherwise, it doesn’t work.

Going back, you said there was this group that was started by the South African government?

It was actually started by volunteers. I think the DEA was involved in some way and then it sort of evolved and eventually, this group called themselves home away from home and they had a Facebook page all sorts of ways of communicating. They were the people liaising with DIRCO. They were the only sort of mouthpiece that can legally or legitimately representatively speak to the government to be able to come back. So they agreed to give us information about what’s happening and talk to the embassy in Jakarta, which by the way, the Ambassador there was just amazing. I think if it wasn’t for the way that he was really trying to get us home and convincing the government convincing everybody that it’s time for us to get back we probably would still be there.

This was the ambassador of South Africa in Indonesia?

That’s right, Dr. Fisher. He was amazing because eventually, he started a group where nobody could despondent on the group, he would just feed us with information so that you can see that it is legitimate. When people panic they makeup stories and share the fear and you know that’s the other virus that goes around, the fear because you start thinking I’m never going to get out. People start buying into scams and all sorts of weird things. He was amazing because he just said, OK this is information, this is what you can rely on, this is the next step and that really calmed everyone down.

OK, so now you are in quarantine in Johannesburg?

That’s right, it’s a very good spot. We’re very grateful because we really have a wonderful stop and they’re looking after us incredibly well from the security, the police to the nurses that watch us it’s really remarkable, I have to applaud them

After 14 days you can finally go back home to Cape Town?

That’s right. They said the minimum time is 14 days, if you’re sick you have to stay longer.

Then finally you can see your 4 children?

I can’t wait. Yesterday was so tough with Mother’s Day and being back and thinking you’re so close but so far. I’m very excited to see and be with them. Just to sort of recalibrate and become normal again, to have a normal rhythm again, it feels like my entire rhythm is out. The way I couldn’t talk to anybody for the first 6 to 7 hours of the day because everybody in South Africa was still sleeping. You have forced alone time which was a productive time for me personally but you don’t have a connection time. Then it’s work work work and you try to squeeze in your connection time before you fall asleep at night, it’s incredibly intense and then nothing. Now, it’s normal, people can get hold of you, you can get hold of people, it’s weird.

You said you’d got 10 lessons from lockdown. Can you go through them?

I looked at my lessons this morning and I thought, ‘oh – these are very personal.’ The way we tend to eat when we are not in lockdown is very different from when you are. For me what had happened is my diet has changed completely and in a good way. It was because I didn’t have a choice. I went away with the idea to do a retreat, do a little bit of a detox and get control etc. and suddenly you’re there, you still can’t drink or wine or coffee, you’re stuck with green tea kombucha and all the natural stuff. Then you realize the effect it has on your body. What was amazing for me was just to feel how my body has changed completely and how less reliant it was on supplements. For me to cope personally in South Africa with pressure and the lifestyle I was leading, I had to take a handful of supplements and different things just to be able to survive. There you don’t have that, the pharmacy was a two shelf thing. They don’t have stuff like that, you’re forced to do the natural things, in a weird way we had to look at that as an opportunity. We are now changing so many things around how we work and our health is something we need to consider. The period of where people were lounging and watching tons of Netflix is over and now it’s time for us to say, okay, what sort of habits do I want to create that is going to be helpful? Another lesson for me came from this social media story, where you’re in this group with people that are expressing themselves. People have been ripping at each other, they’ve been really aggressive about certain things, some of it was just cruel. When we got to the airport you had a few names in your head of people that have been very active in this group and sometimes really nasty, these people were quiet. You couldn’t figure out who it was. Still today, there were 5 names of people with continuity saying really bitter, nasty and negative things and would attack people and they just were horrible in this group of 140 people. When they were in a social setting or in a setting where you can actually see them and you look at them they were nowhere.

That’s a lesson. Social media, Facebook, LinkedIn and all these different things, people pretend and they say things and when you actually see them and look them in the eye it’s a different story. We just have to be very careful because authenticity does not always come through. The negativity is the lenses that we look at, that was another big lesson. If you look at history and the people who wrote amazing books about how you survive and how you get through wars etc. it’s all about your perspective. This became so clear for me and everybody, if you can surround yourself with people that are positive right now then you’re going to be okay. All of us are slowly but surely realizing that you cannot during a time like this, there is a global trauma, you cannot expose yourself to negative people. Ignore the haters, because it takes away the hope and it takes away how resilient you can be. I realized you might be sitting on the other side of the world, but your belonging doesn’t depend on where you sit physically, your belonging sits with the people that you feel safe with, that you truly love and that you allow into your emotional space. That’s something that took a long time for me to realize that I wasn’t homeless, crossed out or lost even though I felt lost. I still had a home.

Thank you so much for speaking to us. I’m so glad you’re back home.

Thank you. I’ve been on such a journey, thank you for the opportunity to talk to you.