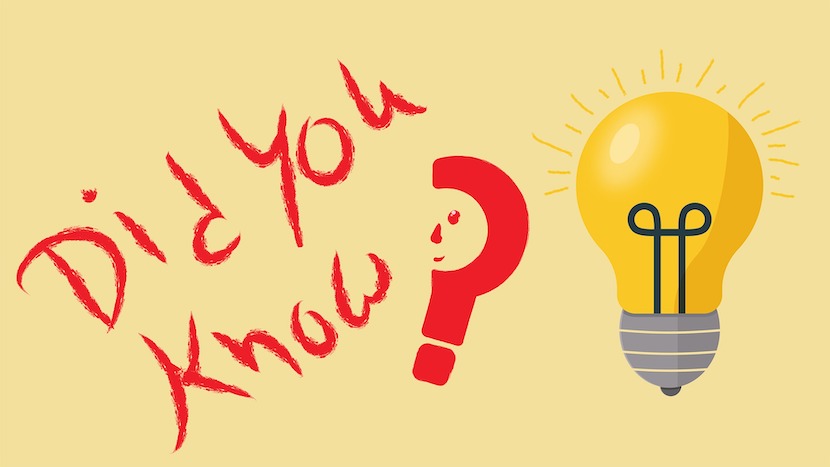 January 4 is National Trivia Day in the US and some of the ways to celebrate the day include starting all your conversations with “Did you know”, testing your general knowledge and even impressing people with random trivia facts you might know. In this Perspectives piece, Ingrid Wood takes us to the lighter side of life, with facts some might consider very random, but makes for fun reading nonetheless. – Lindiwe Molekoa

Trivia that will make you seem smarter

It may be a while before we can safely sit down at a dinner party but when we do, we certainly don’t want to be talking COVID-19. Steer the conversation in a different direction with these random (and randomly connected) facts that will make you sound like a general knowledge guru.

It’s unlikely that the words flu and virus will not invade the conversation at some stage, but if they do, interrupt with this random remark: Did you know that unless you die unexpectedly, death is illegal in Longyearbyen, a town in Norway’s Svalbard Islands? If you expect to die, you will be taken off the island to breathe your last and be buried elsewhere. The reason is to protect the living, as it was found in 1950 that, due to the extreme cold, buried bodies were not decomposing, which meant deadly viruses and bacteria in the bodies could survive until the permafrost thaws.

Closer to home, South Africa’s Orange-Fish River Tunnel is an 82km irrigation tunnel and the longest continuous enclosed aqueduct in the southern hemisphere. It took nine years to build and an estimated 842 000 cubic metres of concrete to line it.

It would probably be agreed that the facts above are not necessarily trivia. But, according to Quora.com (“the place to share knowledge and better understand the world”), the line between facts and trivia is in “the eye of the beholder”. However, trivia is generally thought of as information that is factual but certainly not necessary to get through life.

The word trivia derives from the Latin word trivialis, which means found everywhere or commonplace. It can also refer to unimportant matters.

High heels might be remarkably commonplace on women nowadays but were certainly not unimportant back in the 15th century when they were worn by men. Persian soldiers on horseback wore them to help keep their feet in the stirrups and later, male aristocrats wore them to show their status and power.

The soldiers in the Anglo-Zanzibar War of 1896 didn’t need heels or horses. It was the shortest war in history, lasting 38 minutes.

There are no mechanics, truck drivers or princesses in Bir Tawil. This desolate 2000sq.km piece of land in Africa is unclaimed due to a discrepancy over border recognition between Egypt and Sudan.

In addition to being home to the above sliver of nobody’s land, Africa can also boast owning roughly 30% of the Earth’s remaining mineral resources.

It takes light from the sun eight minutes to reach Earth.

Did you know that Asteroid 2020 LD, one of the largest asteroids to have flown so close to Earth, flew past us on 5th June this year but was only detected two days later?

Talking about space, it has a smell according to some astronauts, who describe it as resembling hot metal or searing steak.

The word steak originated with the Saxons who dealt with cattle rustling. From the word steik, literally translated it means meat on a stick.

Apparently, a stick is the world’s oldest toy and has been inducted into the National Toy Hall of Fame.

A toy that has been challenging millions over the years is Rubik’s Cube. It took creator Erno Rubik a few years to work out the elements. He was finally able to show it off at the Nuremberg Toy Show in 1979. It’s expected to reach 20 million sales this year.

Twenty million – that’s the amount of lives that childhood vaccine programs will save this decade, according to business magnate and philanthropist Bill Gates’ blog.

Bill Gates’ net worth in 2020 is estimated at $112,8 billion. Despite having more money than he knows what to do with, he never has to pay for a Big Mac. He was the recipient of a McGold Card, which equates to a lifetime of free McDonalds.

Within a decade after opening their hotdog stand in the 1930s, Richard and Maurice McDonald were selling burgers and fries and their business had been renamed McDonald’s.

It can’t be as tasty as a burger, but the first tiger shark to hatch eats the other embryos of all its siblings. #hungryshark #survival of the fittest.

The technical term for a hashtag is an octothorpe. Octo refers to the eight points on the symbol. There doesn’t appear to be a reason behind the word Thorpe.

Eight is considered one of the luckier numbers in China. The Cantonese word for eight is pronounced ba, which sounds similar to the word which means prosper.

They are super wealthy but it had nothing to do with the number eight. When Larry Page and Sergey Brin built a search engine, they originally named it Backrub. It was later changed to Google and added as a verb to the Oxford English Dictionary in 2006.

Google the word pluot and you will learn that it’s a hybrid between a plum and an apricot.

If you’re looking for a fruity fact that adds real value to your life, try this: apples contain about 13 grams of natural sugar, which are slowly released into the body, causing a similar reaction to caffeine. Maybe time to replace your morning cuppa?

Caffeine is considered the world’s most widely consumed psychoactive drug. A central nervous stimulant, in very high doses it can cause vomiting and convulsions.

Like humans, the main processing organ in a shrimp’s central nervous system is the shrimp brain. The heart of a shrimp is located in its head.

Is it better to lead with your head or your heart? This is an ongoing leadership debate and good luck with your argument. But as Nelson Mandela once wisely said, “A good head and a good heart are always a formidable combination.”