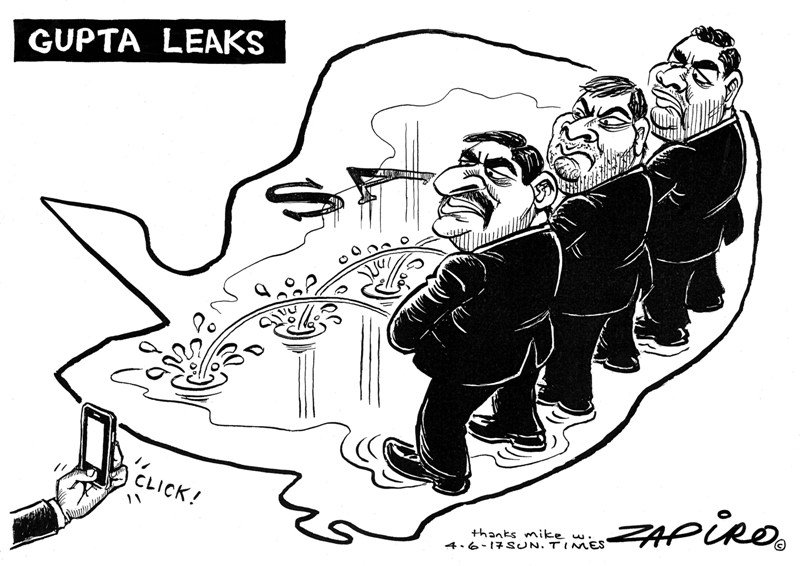 EDINBURGH－ Many in South Africa wonder how Victoria Geoghegan sleeps at night. A partner at London-based Bell Pottinger, she has made it her business to undo the work of Nelson Mandela, Desmond Tutu and other freedom struggle stalwarts to build up the Rainbow Nation following decades of conflict and hardship in the apartheid era. Mandela, Tokyo Sexwale, Ahmed Kathrada and many other anti-apartheid activists sacrificed the best years of their lives behind bars in order to deliver a better future to the oppressed black majority. It has taken only a few years for Geoghegan and her associates to help bring South Africa to its knees – all in the name of personal hubris. Bell Pottinger suggested an initial monthly fee of £100 000 (roughly R1.5m), the #Guptaleaks reveal. There is no way to put it nicely: Victoria Geoghegan represents all that is rotten with the public relations industry and public companies fuelled by short-term shareholder greed. It is hard to imagine a more evil operation than Bell Pottinger. – Jackie Cameron

In 2016, Bell Pottinger was exposed for producing fake news – including al Qaeda propaganda DVDs – in Iraq and working in the interests of the US military in a multi-billion dollar contract. But those revelations by the Bureau of Investigative Journalism, and the fallout, weren’t enough to give Victoria Geoghegan and her associates pause for thought about how their activities impact on real lives beyond their cushy London offices.

In South Africa, Bell Pottinger has worked to help a corrupt clique and friends capture state assets and seize control of the country’s power mechanisms – for pure profit. It has undertaken nasty media tactics to douse the flames of criticism of President Jacob Zuma, the Gupta family and associates.

Smear campaigns have played out in the social media, with attempts to shake up the reputations of the small army of independent journalists serving as the Fourth Estate.

The executives and shareholders of Bell Pottinger are Teflon-coated, ignoring the outcry that they have been involved in state capture activities and are partly to blame for inciting political tension. In fact, so delighted with Victoria Geoghegan’s efforts is Bell Pottinger that it promoted her as recently as December to managing director of the agency’s financial and corporate division.

Victoria Geoghegan: On the Zupta payroll

Making the announcement in PR Week that she would take up the role from January, Bell Pottinger said her ‘”close client relationships, professional handling of complex issues, and strong leadership skills” make her the right person’ for a leadership job at their firm.

Group CEO James Henderson added: “Victoria’s energy, commitment and broad range of skills embody what we want as we reset and look to our next phase of growth.”

Bell Pottinger has been generously rewarded for their evil deeds in South Africa. This has been confirmed as the #Guptaleaks spill into the public domain.

What the #GuptaLeaks reveal about Victoria Geoghegan

Independent investigative journalists at amaBhungane and the Daily Maverick’s Scorpio have been trawling through the #GuptaLeaks emails. Here are some of the facts they have uncovered about about Victoria Geoghegan so far:

Who: Partner at Bell Pottinger

What: Devised a PR campaign to sow division in South Africa. After her – and Bell Pottinger’s – links with the Gupta family were repeatedly exposed, Investec dumped Bell Pottinger as did Johann Rupert’s Richemont.

Her personal profile: According to LinkedIn, Victoria Geoghegan studied business subjects at the University of Manchester. Her friends and endorsers include other communications specialists as well as senior executives at companies including Investec, Investis, Etihad Airways, Amazon UK and FTI Consulting.

What Bell Pottinger says about her: Victoria is Managing Director of Bell Pottinger’s Financial & Corporate practice – a division in which she has worked for over 12 years. “Victoria has advised a wide array of companies: from FTSE100s to small caps, pre-IPO businesses to complex M&A situations both in London and internationally. She also specialises in creative, innovative tactics for modern communications campaigns.”

The other Bell Pottinger people working on the #Zupta account include: “Jonathan Lehrle, Nick Lambert, Darren Murphy (Tony Blair’s political adviser), and supported by a much wider team. Lord Bell will be available for strategic counsel as and when required. We will also have in reserve other divisions (digital, crisis communications) should we need a wider skillset,” Victoria Geoghegan wrote in an email to Duduzane Zuma.

What do you know about Victoria Geoghegan? Share your information and views, below this article. Or send an email to: [email protected]