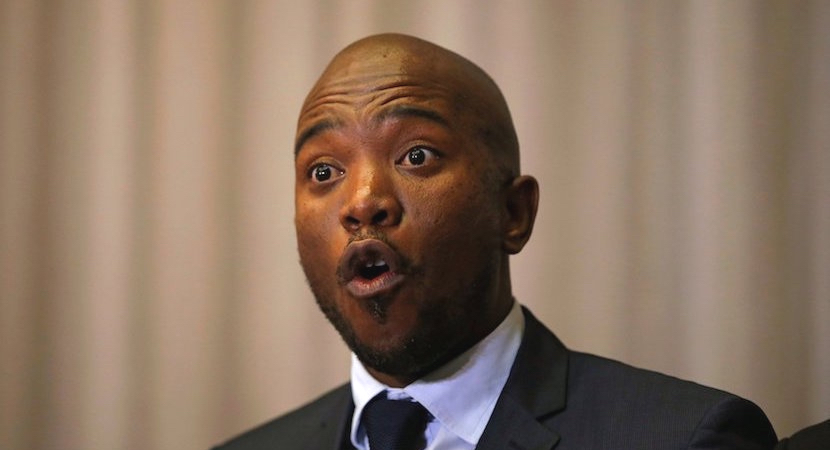 EDINBURGH — South Africa’s Democratic Alliance politicians have been fighting corruption from all angles – from taking legal action against evil doers to making their voices heard in Parliament. DA leader Mmusi Maimane has made it his business to work on bringing down UK public relations firm Bell Pottinger – a company paid at least £100 000 a month to develop the white monopoly capital myth and other propaganda campaigns aimed at sowing racial division. Maimane has personally written to Bell Pottinger clients explaining what their team, headed by young PR practitioner Victoria Geoghegan, has done in South Africa and asking these companies to stop using Bell Pottinger services. The DA instigated an investigation by a UK public relations body into Bell Pottinger’s activities in South Africa and has asked to attend the hearing – but has been shut out of discussions among PR industry insiders. – Jackie Cameron

Maimane made the announcement in a statement on Saturday about the outcomes of the DA’s recent federal executive meeting in Cape Town.

“Bell Pottinger must face consequences for their collusion with the Guptas using a hateful and divisive campaign to divide South Africa along the lines of race,” he said.

“This was [a] co-ordinated campaign to further Gupta financial interests, and ensure the captured ANC continued to provide lucrative contracts that lined Gupta pockets.”

The DA previously lodged a complaint against Bell Pottinger with the UK’s Public Relations and Communications Association (PRCA), asking the public relations body to investigate how Bell Pottinger conducted their campaign in South Africa.

In the statement Maimane said that, while legal action was effective, “corporations respond to their bottom line faster than they do to judges”.

The inquiry will start on August 18, and Maimane said that the DA would have public and legal representatives present at the hearing.

While the DA has asked for the hearing to be conducted in the open, the PRCA said on Thursday that Bell Pottinger had not agreed to the request.

PRCA director general Francis Ingham said in a statement that, according to its internal rules, all parties involved in an inquest must agree to a hearing being held in public.

“Not all parties have agreed to this request, and therefore this hearing will be held in private. Should this situation change, we will make this change known,” he said.

#BellPottinger profited from the #Gupta campaign. They should at their own cost have to run a new campaign aimed at undoing harm caused

According to the PRCA’s charter, its members may not cause offence “on the grounds of gender, race, religion, disability or any other form of discrimination or unacceptable reference”.

In addition, the members are prohibited from any conduct that is detrimental to the PRCA or the “profession of public affairs and lobbying in general”.

Earlier this month, Bell Pottinger apologised for the work it had done on behalf of the Guptas.

“At various points throughout the tenure of the Oakbay account, senior management have been misled about what has been done,” it said in a statement.

The PR firm has dismissed partner Victoria Geoghegan, suspended three more staff members and hired a law firm to investigate its conduct on the Gupta account in an attempt to repair its tattered reputation.

Bell Pottinger declined to comment on Maimane’s statement on Saturday.

Catch up on the role of Bell Pottinger in exacerbating racial tensions in South Africa as it rode on the backs of corrupt politicians: