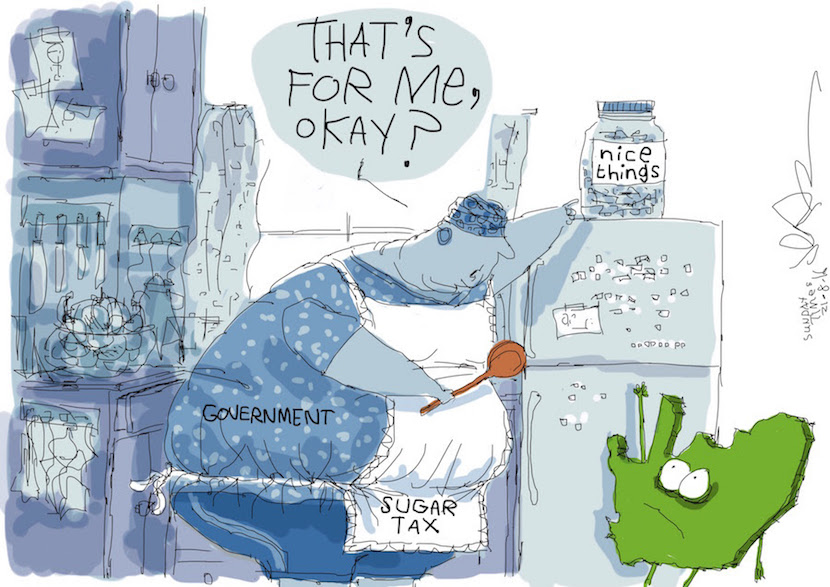 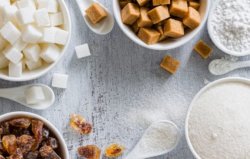 You have to apply the ‘check where they’re coming from,’ principle to the two vehemently opposed sides testifying at the ongoing parliamentary public hearings on the proposed sugar-sweetened beverages tax. The protagonists are squared off; stakeholders in the sugar and beverages industry versus health experts and civil society organisations. No free Cokes for guessing who’s making which argument. Outside of regular readers of the SA Medical Journal and other similar health or scientific magazines, few realise the tsunami of lifestyle-related diseases we face, with burgeoning obesity at the top of the list as indigenous cultures increasingly adopt Western lifestyles. The parliamentary hearings – which will be better informed by Gordhan’s budget speech – are all about how such a tax might affect the economy. Treasury says not much, suggesting that if the tax is actually lessened on sugar-reduced beverages, we may end up with no job losses at all. The spin doctors in the beverage industry – and they are ubiquitous and heavily funded – have largely succeeded in getting the media to over-inflate job-loss numbers, a contention backed by Treasury’s analysis. But perhaps one point that hasn’t been fully unpacked at the hearings is whether the move will result in the desired population-level reductions of non-communicable diseases. The science is equivocal, which undermines the billions in savings which many top public health proponents say outweighs job-loss costs. Arguing that hundreds or thousands of lives will be saved and that pressure on the beleaguered State health sector will be reduced (‘diabesity’’ being a popular example) is beguiling, but it may flatter to deceive Health Minister Motsoaledi in his politically-popular approach. Let’s see some meta-analyses on the population level health impact this tax has had elsewhere, before get ourselves in too much of a fizz. – Chris Bateman

Cape Town – Although the overall impact of a tax on sugar-sweetened beverages would be negative the effect would be “relatively small”, National Treasury said.

During public hearings on government’s proposed tax that took place in Parliament on Tuesday, National Treasury said it expected job losses in the sugar and beverages industries to be 5 000 at most.

“But the health outcomes associated with this tax need to be factored into the overall assessment of the tax proposal,” an official said.

National Treasury’s initial analysis, which was based on the multiplier and computable general equilibrium (CGE) models to highlight the effect on overall output in the economy, showed that the net impact of 2.29c/gram sugar would result in a decline in volumes of between 13% and 15% of sugary beverages.

“By taking the substitution effect between carbonates and low-calorie carbonates into account, the formal sector will experience a decline of about 286 million litres, which in turn will lead to a decline in revenue of about R1.4bn per year,” Treasury said in its submission.

Ismail Momoniat, head of tax and financial sector policy at National Treasury, however, emphasised that the impact on jobs will be far below what we’ve seen in the media. “Job losses could even be prevented if the sugar content is reduced and less tax is paid on these beverages.”

The public hearings on a proposed tax on sugar-sweetened beverages (SSB) on Tuesday were characterised by two distinct groupings – health experts and civil society organisations in favour of such a tax on the one hand and stakeholders in the sugar and beverages industry on the other hand, claiming that jobs and the economic viability of the industry would be seriously jeopardised.

Drinking one sugary beverage a day increases an individual’s chance of getting diabetes by 26%, said Sundeep Ruder from the Society for Endocrinology, Metabolism and Diabetes SA. Ruder is a doctor who deals with the incidence of diabetes on a daily basis.

Karen Hofman, from Priceless SA – an initiative to bring about “smart decisions” about health investments in South Africa under the auspices of Wits’ Public Health Department – said in her submission that a tax on sugar-sweetened beverages will save lives and increase life expectancy at a low cost.

She added that diabetes costs South Africa’s healthcare system between R11bn to R20bn annually. “The macroeconomic impact of NCDs is huge. I’m trying to show you what this is doing to the public purse.”

Representatives of the sugar and beverages industry all highlighted the detrimental impact that an SSB will have on their ability to contribute to the country’s GDP and create employment.

Mapule Ncanywa from Beverage SA suggested that a regulated approach be followed instead of a tax.

“We’re not saying there’s no problem with obesity, but there are other options. We as an industry are willing to reformulate our products and reduce the sugar content. We’ve raised our hands and said we’ll reduce the sugar volumes. We’ve put a target for 2018 for this reduction.”

#SugarTax WHO says SA can prevent 477 680 deaths over next 40 years if it introduces a sugar tax. Health sector will save R1.7bn in 10yrs LD

South African Sugar Association chairperson Rolf Lütge said in his organisation’s submission that the imposition of an SSB will have negative consequences for both the sugar milling industry and sugarcane agricultural sectors of the local sugar industry.

“Losses in revenue and reduction in sugar consumption will result in a shrinkage of the industry with accompanying job losses.”

He added that government hasn’t given full consideration to the full impact of the imposition of the tax, and the distressing unintended industrial, socio-economic and agricultural consequences.

“The imposition of the tax is an inappropriate financial instrument and will not achieve the desired reduction in obesity in South Africa,” Lütge concluded.

The joint parliamentary committees will host more rounds of public hearings on the matter, once government’s intentions have been made clear in the forthcoming budget speech. – Fin24