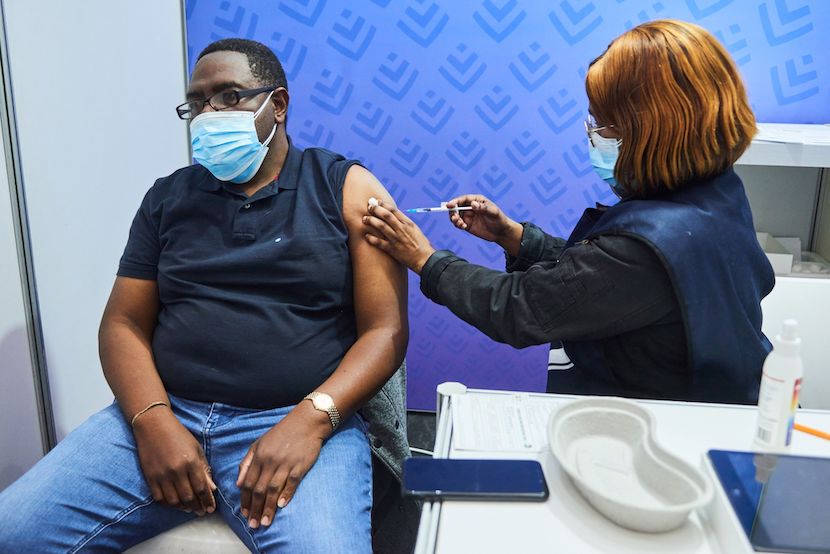 The South African Department of Health has approved the rollout of Covid-19 vaccine booster doses. This is according to MyBroadband, who report the doses will be available for those who received the initial Johnson and Johnson or Pfizer vaccines. A statement released by the department notes that from 24 December, those who received the single dose J&J shot at least two months ago will be eligible for a booster shot. The Pfizer booster will be available from 28 December, although only for those who have completed the two-dose Pfizer vaccine at least six months prior. Read the original article, Covid-19 booster shot rollout approved in South Africa — when you can get it. — Jarryd Neves

The Department of Health has approved the implementation of Covid-19 vaccine booster doses for those who have received their initial series of Johnson and Johnson or Pfizer vaccines.

In a WhatsApp statement released by the department, it outlined the rollout as follows:

The government has also confirmed that those who have had two doses of the Pfizer vaccine are allowed to receive a Johnson and Johnson booster shot at least six months after their second dose.

However, those who have received a single dose of the Johnson and Johnson vaccine will not be allowed to receive a Pfizer booster shot.

The Pfizer booster shot had already been approved by SAHPRA on 8 December, but its rollout was subject to the approval of the Department of Health until today.

CSIR researcher Ridhwaan Suliman recently claimed that South Africa has passed the peak of its fourth wave – in about half the number of days of the previous waves.

Actuarial scientist Louis Rossouw added that the 7-day moving average of Covid-19 cases peaked on 12 December at around 22,000 cases per day.

South Africa’s hospital admissions have remained within the country’s capabilities, and there are three possible reasons for this:

Despite the data showing that South Africa has weathered this wave better than those before it, researchers have warned South Africans not to let their guard down.

This is because Covid can still causes severe symptoms and death, and many have reported suffering from “long Covid.”