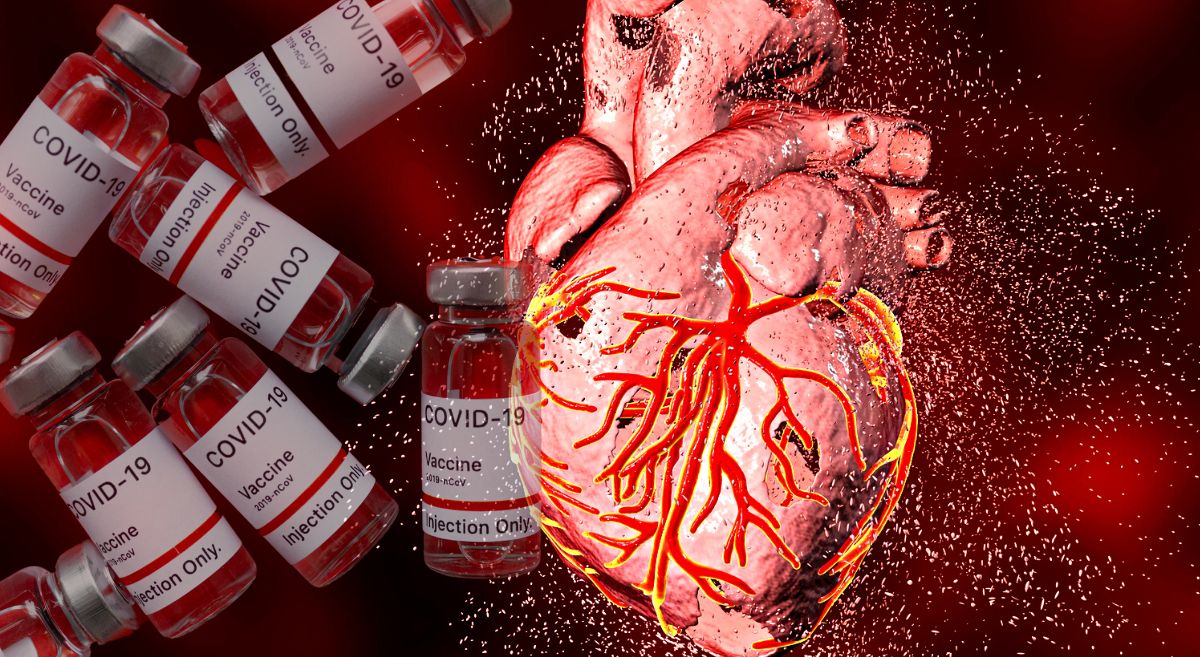 In the most recent VAERS (Vaccine Adverse Event Reporting System) data report released on Friday, an increase of 12,473 adverse events over the previous week was documented. Every Friday, VAERS publishes vaccine injury reports received as of a specified date, which reports require further investigation before a causal relationship can be confirmed. In addition to this, the release of Pfizer-BioNTech COVID-19 vaccine documents by the U.S. Food and Drug Administration (FDA) on 1 July revealed “three more reports of deaths among vaccine trial participants and further instances of Pfizer downplaying serious adverse events sustained by participants and listing the injuries as “not related” to the vaccine”. This downplaying by Pfizer, which fought very hard to keep their documentation confidential, combined with the historical indication that VAERS has been shown to report only 1% of actual vaccine adverse events, makes the truth an unlikely outcome. This article first appeared on The Defender. – Nadya Swart

The Centers for Disease Control and Prevention (CDC) today released new data showing a total of 1,341,608 reports of adverse events following COVID-19 vaccines were submitted between Dec. 14, 2020, and July 8, 2022, to the Vaccine Adverse Event Reporting System (VAERS). That’s an increase of 12,473 adverse events over the previous week.

VAERS is the primary government-funded system for reporting adverse vaccine reactions in the U.S.

The data included a total of 29,460 reports of deaths — an increase of 187 over the previous week — and 243,466 serious injuries, including deaths, during the same time period — up 1,566 compared with the previous week.

Foreign reports are reports foreign subsidiaries send to U.S. vaccine manufacturers. Under U.S. Food and Drug Administration (FDA) regulations, if a manufacturer is notified of a foreign case report that describes an event that is both serious and does not appear on the product’s labeling, the manufacturer is required to submit the report to VAERS.

Every Friday, VAERS publishes vaccine injury reports received as of a specified date. Reports submitted to VAERS require further investigation before a causal relationship can be confirmed.

Historically, VAERS has been shown to report only 1% of actual vaccine adverse events.

Children’s Health Defense (CHD) asks anyone who has experienced an adverse reaction, to any vaccine, to file a report following these three steps.

The FDA on Wednesday granted Emergency Use Authorization (EUA) to the Novavax COVID-19 vaccine for adults 18 and over.

The EUA is for a two-dose primary series targeting the original Wuhan SARS-CoV-2 virus — limiting the vaccine’s use, as about two-thirds of Americans already have completed a primary series of either the Pfizer, Moderna or J&J vaccines.

The CDC still needs to sign off on the Novavax vaccine before pharmacies and other healthcare providers can start administering the product.

The Biden administration on Monday announced a deal with Novavax to purchase 3.2 million doses of the vaccine contingent on both the FDA and CDC signing off on the new shot.

The Novavax vaccine relies on a protein-based technology used for decades, leading some media outlets to portray it as a “traditional” vaccine compared with other COVID-19 vaccines that use newer technologies — which might make it appeal to unvaccinated people who are allergic to components of the mRNA vaccines, or just skeptical of the newer technologies.

But according to Dr. Meryl Nass, an internist with a special interest in vaccine-induced illnesses, chronic fatigue syndrome and toxicology, the media’s portrayal of Novavax as a more traditional vaccine is not accurate.

Nass, a member of the CHD scientific advisory committee, pointed out that the Novavax shot contains a novel adjuvant, Matrix-M, “so it is not really an old-fashioned shot.”

Nass raised safety concerns specific to the adjuvant, while others voiced concerns about Novavax being linked to heart inflammation and blood clots, and the fact that the vaccine was designed for use against the original Wuhan strain of SARS-CoV-2 — not the Omicron variants that are dominant today.

In an FDA press release, the agency said full approval of Comirnaty follows a “rigorous analysis and evaluation of the safety and effectiveness data,” and the Pfizer-BioNTech vaccine “has been, and will continue to be authorized for emergency use in this age group since May 2021.”

Pfizer’s press release announcing the approval said the Comirnaty vaccine has been available under EUA since May 2021 for the adolescent age group.

Yet, Comirnaty is not available in the U.S for any age group and is not the same formula as the Pfizer-BioNTech vaccine currently authorized under EUA and being distributed as a “fully approved” vaccine.

Pfizer-BioNTech COVID-19 vaccine documents released in July by the FDA reveal three more reports of deaths among vaccine trial participants and further instances of Pfizer downplaying serious adverse events sustained by participants and listing the injuries as “not related” to the vaccine.

Of the approximately 80,000 pages released this month, a 3,611-page “confidential” document contains information about clinical trial participants who died, sustained adverse events during the trial or contracted COVID-19 during the trial.

In all three cases of reported deaths, the investigator ruled out the possibility that the deaths were related to Pfizer’s vaccines.

One instance pertains to a 56-year-old white female who suffered cardiac arrest within two months of her second Pfizer dose. The second reported death involves a 60-year-old white male who received one dose of the vaccine and died within three days of atherosclerotic disease. The participant’s death was attributed to a “suspected” cause, while the possibility that it was vaccine-related in any way was dismissed.

The third death was listed under the section in the document where trial participants withdrew. A 72-year-old man developed vasovagal syncope after receiving the vaccine, was transferred to the intensive care unit and then withdrawn from the study. He died three days after being withdrawn.

According to the documents, investigators attributed the vaccine to serious adverse events in four cases, however, Pfizer disagreed with the investigators’ conclusions in three out of the four cases.

According to Alexandra Latypova, an ex-pharmaceutical industry executive, documents obtained from the U.S. Department of Health and Human Services on Moderna’s COVID-19 vaccine suggest the FDA and Moderna colluded to bypass regulatory and scientific standards used to ensure products are safe.

After analyzing 699 pages of studies and test results “supposedly used by the FDA to clear Moderna’s mRNA platform-based mRNA-1273, or Spikevax,” Latypova told The Defender she believes U.S. health agencies are lying to the public on behalf of vaccine manufacturers and subverting the regulatory and scientific standards of drug safety testing.

“They accepted fraudulent test designs, substitutions of test articles, glaring omissions and whitewashing of serious signs of health damage by the product, then lied to the public on behalf of the manufacturers,” she said.

Latypova disclosed six findings from her assessment of Moderna’s documents raising serious questions about the safety and efficacy of the company’s COVID-19 vaccine, as well as conflicts of interests that she says allowed Moderna to sidestep drug development standards.

Tennis champion Novak Djokovic, who last weekend won his fourth straight title at Wimbledon, said he has no plans to get vaccinated in order to bypass restrictions to enter the U.S. in August for the US Open.

Djokovic said he doesn’t think an exemption is “realistically possible.” It’s just a matter of whether or not the U.S. removes the requirement in time for him to attend the tournament, he said.

U.S. COVID-19 vaccination requirements for foreigners bar Djokovic’s entry into the country where he would normally compete at the US Open.

Serbia’s Djokovic, 35, has been dominant at Wimbledon for the past couple of years, according to Tennis World USA. He is regarded by some as the world’s greatest tennis player ever.

Phillies catcher J.T. Realmuto said he refuses to get vaccinated against COVID-19, even if it means missing Philadelphia’s two-game series against the Toronto Blue Jays this week.

Players who have not been vaccinated against COVID-19 are not allowed to enter Canada due to the country’s restrictions. In addition, players will not be paid for the games they miss as part of Major League Baseball’s new collective bargaining agreement.

Realmuto will lose about $262,000 for missing the series, which he called “a little bit of money,” the Philadelphia Inquirer reported. Realmuto signed a five-year, $115.5 million contract with the Phillies in January 2021.

Realmuto said he is a 31-year-old professional athlete who had COVID-19 several times with mild symptoms. After speaking with doctors, he didn’t think he needed it and wasn’t going to get vaccinated just because he was told to.