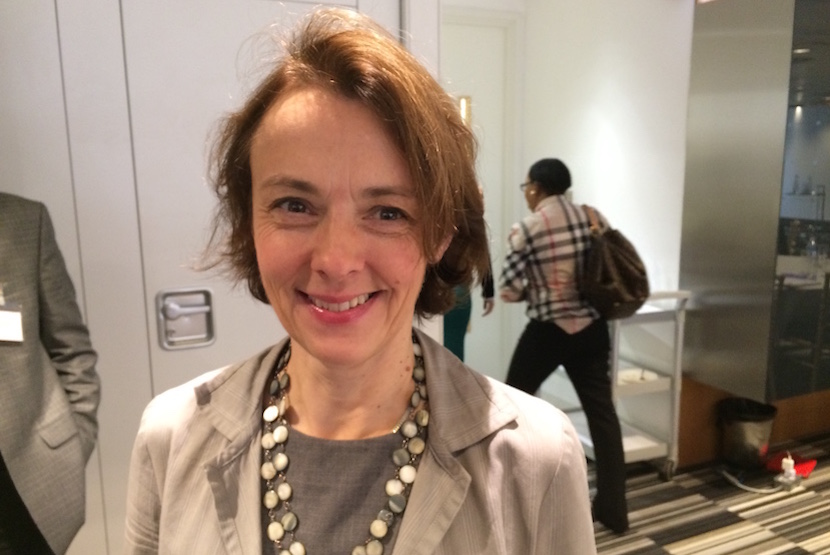 On the back of research that 82% of consumers are more likely to trust companies whose CEO is active on Twitter, a group of Marketing students and their professor at French business school INSEAD have created an index to rank the most influential CEOs. That sparked Lucy Kellaway’s latest column, where she looked through the list, applied her usual sharp edge – and concluded that a boy from Pretoria was the only one with the personality to do justice to social media. Elon Musk has received many plaudits for transforming the automobile, space and solar power industries. But this one from the delightfully obtuse Ms Kellaway is sure to be among those he treasures most. – Alec Hogg

In 2009 I wrote a column mocking the early efforts of executives on Twitter and urging them to cease and desist.

Seven years later they have spectacularly ignored my advice. Research from Insead reveals that 80 per cent of them are on social networks – for the very good reason that customers and employees are said to think better of any executive who is.

The business school has compiled a global ranking of the 20 most influential chief executives on the site, which I’ve been studying for tips on how it ought to be done. Number one is Tim Cook, who has 2.6m followers and is much retweeted. He gets it, the researchers say, because what he writes is personal. This sounds good, until you look at the tweets.

Last month he wrote this: “Inspiring day hiking @YosemiteNPS. Hats off to the Park Service.”

It went with a couple of cheesy pictures of mountains and waterfalls. This bland snippet is evidently what passes for personal in CEO-land: it was “liked” by almost 6,000 people. 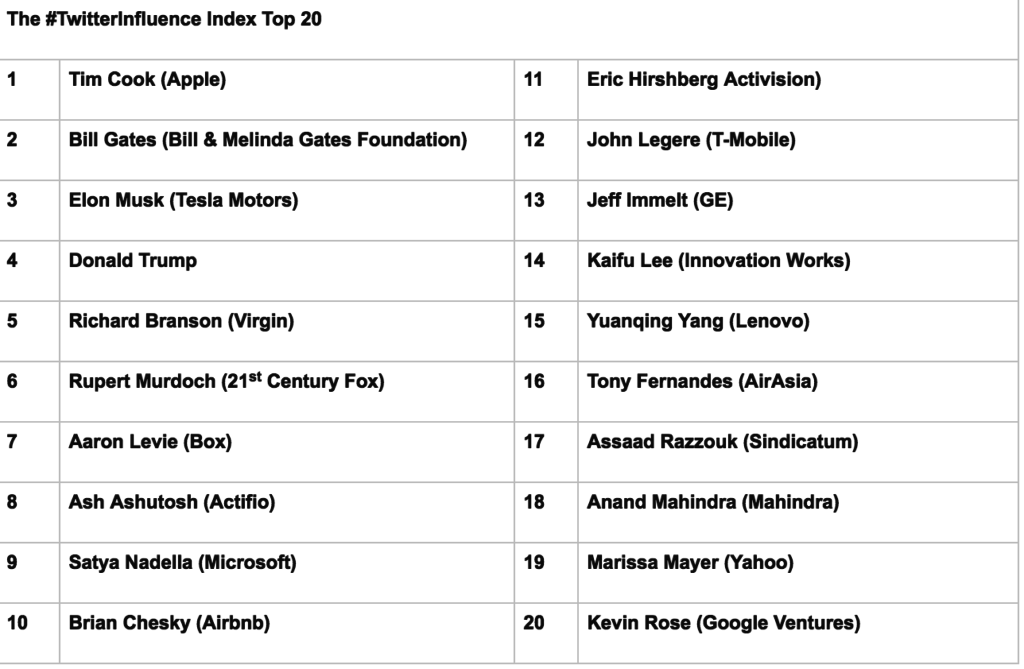 Duller still was this from a few days earlier: “A quick visit with customers and our fantastic team at the Apple Store, Mall of the Emirates. Thanks Dubai!” Members of the fantastic team might have been tickled by the tweet but what 3,900 people found to “like” in it is hard to say.

As I scrolled through his output I noticed two things. First, Mr Cook’s most popular tweets are about death. Prince, Andy Grove, Bill Campbell, Harper Lee, victims of the Ecuador earthquake and the Brussels bombing all receive his hope that they will rest in peace.

Second, this champion tweeter is the opposite of prolific. He has tweeted 40 times this year, follows almost no one and never retweets. I used to think CEOs should avoid the site because it was a waste of their time but Mr Cook shows you can be number one and spend about five minutes a week doing it. He also proves that the democracy of Twitter is a sham. It is as much top down as everything else.

The next most influential on the site is Bill Gates, who also follows hardly anyone and occasionally throws his 29m followers a crumb about an interesting book he’s read on maths. It is pearls before swine: only a tiny per cent bother to hit like or retweet.

Number three is Elon Musk, who, unlike the others, strikes me as being rather good at it. He posts pictures of his rockets in the air, tweeting jubilantly “Woohoo!!” Or “Falcon Heavy thrust will be 5.1M lbf at lift-off – twice any rocket currently flying. It’s a beast . . .” He is acerbic, newsy and up for a fight. Alas, few CEOs will be able to copy him as they lack either the personality or the rockets.

Apart, that is, from Sir Richard Branson, who is number five. He wisely declines to tweet about unhappy Virgin Galactic, limiting his posts to grinning photos of himself with the words: “Talk less – smile more. If everyone did this the world would be a happier place.”

In sixth place is Rupert Murdoch who used to make the elementary mistake of tweeting his opinions about things. What then happened was people dared disagree and so, in March, on the day he married Jerry Hall, he tapped out this: “No more tweets for ten days or ever! Feel like the luckiest AND happiest man in world.” And that’s the last his followers have heard of him.

All of these are rotten role models for regular executives, as they are either stonkingly famous entrepreneurs – or they run Apple. The only regular chief executive to make it to the top 10 is Microsoft’s Satya Nadella. His formula is to intersperse bursts of work jargon: “Great to partner with @Citrix to help customers accelerate their digital transformations” – with moronic hashtags and psychobabble. “Friday fortune . . . good reminder on exercising a #GrowthMindset” – with the motto “Minds are like parachutes. They only function when open.”

Marissa Mayer, the only woman in the top 20, shows how it can be done more successfully. In April she tweeted Yahoo’s results twice: once straight, and once with a picture of her twin baby girls. The second, which came later and had no news value at all, was four times as popular as the first.

So here is the lesson from the top 20. If you don’t have a huge name or launch rockets into space but are merely the CEO of a vast business, there’s no point in tweeting, unless you are prepared to pimp your kids.

This may not matter much as it is perfectly possible to be huge in business without being on Twitter. Jamie Dimon manages it. So does Lloyd Blankfein.

To any CEO who is undeterred, Warren Buffett is a good example. He has more than 1m followers and this year he has tweeted once – to say the Berkshire Hathaway AGM was going to be live-streamed for the first time. Which might be something people actually wanted to know.