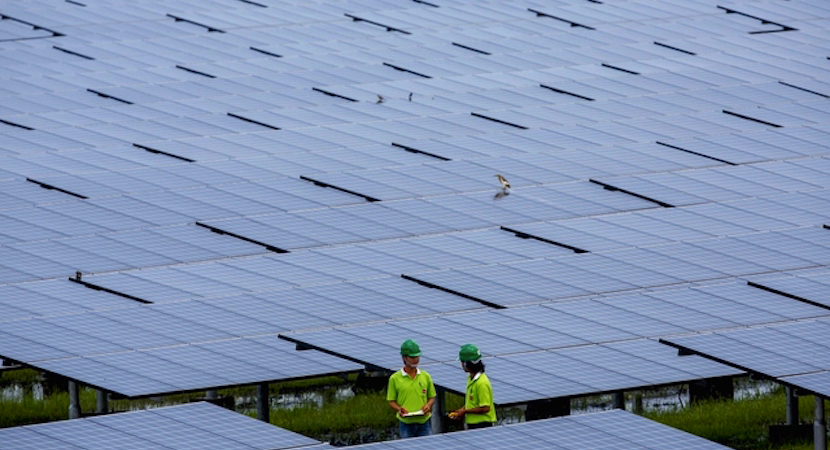 Complacency, opportunism and self-interest are behind government’s’ lack of innovation with thermal solar heating. Why else would it give State entities, for which this potentially massive job creating technology represents a direct competitive threat, the responsibility for rolling it out? It’s a compelling argument this author puts forward, one backed by everything we know about current cynical Zuptoid-led government behavior. The opportunism comes at election time when hugely cut-rate solar thermal heaters are offered to communities, the self interest in the way in which tenders are usually granted and the complacency is about our abundant coal and uranium reserves. Like electricity, why would they ever run short? And why change from coal-fired power stations when the provider tender kickbacks can gain you a lifetime of credit from Gupta-owned entities, not to mention a suddenly swollen bank account? Solar-powered thermal heating can create tens of thousands of jobs and save people money, not to mention being planet-friendly. One has to ask why we have just 2% solar energy penetration in South Africa compared to 50%-90% in comparable countries? – Chris Bateman.

Why Is Solar-Thermal Failing?

Several questions have been perturbing me of late. Ask yourself these questions the next time you notice a lot of solar water heaters on all the rooftops of some neighbourhood:

First a distinction must be made between “solar-thermal” and “solar-electric”. Both of course tap sunshine, but “thermal” means the source of energy to heat water is the sun’s heat. Whereas in “solar-electric”, energy is derived from the sun’s light, and converts that into charging power for your cell phone or an “off-grid” lighting system.

The story of “solar-electric” is another one altogether. It is getting more news coverage these days because Eskom is resisting buying the power generated by Renewable Energy producers (REEEIPs). But the “solar-thermal” niche is narrower – it has no prospect of on-selling surpluses into the grid.  It simply heats water for your house, thereby saving you a lot of money.

The savings varies from RDP houses up to middle-class homes:

Often, people with larger homes like to have a hot bath when they get home from work. So aside from overall savings – from Eskom’s perspective – the “peak load” in the evening is reduced too. This is another important benefit for the country. There is an “evening peak” or “spike” of demand, and from Eskom’s perspective, heating water by “solar-thermal” helps – not all day long, but to get over this daily “surge”.

The truth is that a LOT of electricity can be saved. Thus the National Development Plan calls for a 50% density (i.e. one home out of two) by 2030. This frees up electricity for other national priorities.

There are also some HUGE environmental benefits. Because it takes over 2 tonnes of coal to generate enough electricity to keep one electric geyser heated for one year.  So in the 25-year life-span of a SWH, one homeowner can reduce South Africa’s carbon footprint by 50 tonnes. Just think of the multiplier effect on this when you think of the NDP’s benchmark of 50% density! Six million homes (i.e. 50 percent) x 25 years x 2 tonnes per year is 300 million tonnes of coal! Of course coal is not the problem, but carbon.

There is no other function in the household that exceeds water heating in terms of energy consumption (this varies from 35% to 60%). So the single “silver bullet” to cut carbon emissions – if there is one – is to “convert” domestic geysers from coal-generated electricity to “solar-thermal”.

Every kilowatt-hour generated by an electrical geyser produces 1 kilogram of carbon, and utilizes 1 litre of water. So there are water-savings as well as the reduced carbon footprint.

A related point is that there are different tariffs for domestic, industrial, etc. In the context of load-shedding, domestic tariffs get hit relatively hard by the stopping-and-starting.

At the moment, Eskom has some small surpluses, so excessive Demand is not squeezing Supply like it was during that period of load-shedding. But that can turn around quickly. For example, if Kariba Dam falls, and takes out Caborra Bassa with it. In that domino-disaster scenario, South Africa would lose 5 percent of its Supply overnight. Load shedding would be back. The good news of solar-thermal is that load-shedding or not, you will always have hot water waiting for you when you get home from work!

There are other economic benefits associated to going “solar-thermal” as well:

In fact, to oversimplify, there are about 12 million homes in South Africa. About 400 000 homes are already converted (less than 4%). So to reach the 50% threshold we need to convert another 5.5 million homes. At about R12 000 per installation that comes to over R50 billion. Between now and 2030! That is about R9 billion per province. That should start a kind of gold rush, but a number of factors are restraining that from happening:

Is there any economic activity that doesn’t boil down to the political phenomenon of patronage? (That’s why they call it “crony capitalism”, neh?) Carte-blanche roll-out is impressive and most of the credit to date has been enjoyed by the ruling party.

Letting a sustainable industry grow takes too much time and is relatively “invisible”. However, this “quick-wins” strategy is back-firing and voters could punish government in 2019 for the high unemployment rates that result from their tendency towards centralized control.  The municipal elections last year suggest that voters are looking for a new way of thinking?

Perhaps the biggest bottleneck of all to the roll-out of “solar-thermal” is that confusion reigns about who is leading the charge? It almost seems like everyone assumes that someone else is. So no one is!

A whole new approach is required to capture the HUGE potential of “solar-thermal”. It has the potential to concurrently address diverse issues like:

Simply put, converting from electrical to solar water heating is nothing less than an act of good citizenship. We should all do it. For our own good. And for the good of our planet. Like quitting smoking, or fastening our seatbelts. Government should be creating an enabling environment for us to do so, instead of getting in the way.

A key factor inhibiting the growth of “solar-thermal” (and also at home “solar-electric” for that matter) is that both National and Local government do not prioritize such disruptive technologies to be part of South Africa’s energy mix going forward. They are ignored as they are perceived to be at odds with opportunities for exploiting large coal, nuclear, gas (fracking) or even renewable energy generation. Saving consumption is not ranked up there with generating energy, for some crazy reason.


If South Africa did not have the natural resources in abundance, (e.g. coal, uranium) they would be forced to consider “solar-thermal” more seriously in the same way as Israel and Cyprus, where it is law to have solar on every home.