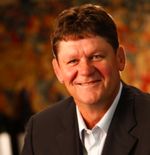 I visited China a few years back as a guest of SABMiller. Our little party travelled to Beijing and Tianjin to see, first hand, how the SA-founded group had developed its Snow brand into the biggest seller in the world’s most populous country. It was my first visit to China and a real eye opener. One hears about the size of everything but nothing can really prepare you for the sheer scale of things Chinese. Since that visit, I’ve been a close follower of Chinese investment into Africa. For some time this was primarily north of the Limpopo, but of late, momentum is gathering for Chinese investment into South Africa. Including the wine industry where enterprising Hein Koegelenberg of Leopard’s Leap fame has been quietly building an exporting relationship with a group that has over a million agents and 5 000 depots. This interview was done on the day Koegelenberg’s partners announced their first fixed investment into South Africa.

ALEC HOGG: Following on from its significant recent investments in the French wine industry, especially in Bordeaux, China has now made its first investment into South Africa’s wine industry.  Perfect China has taken a 51% shareholding in Perfect Wines of South Africa and they’ve together bought the wine cellar at the well-known Val de Vie Estate in the heart of the Winelands between Paarl and Franschhoek.  Joining us now to provide more details; Hein Koegelenberg who is the Chairman of Perfect Wines South Africa.  That’s innovative, Hein – before we go into today’s deal – to actually bring in a Chinese partner.  We’ve seen Chinese investors – very aggressive in other parts of Africa starting to get more exposed to South Africa.  But in the wine industry, well, one doesn’t immediately associate Chinese with wine drinking.

HEIN KOEGELENBERG: Yes, Alec.  I think if you look at France, at the moment there’s about 15 wineries already in the hands of Chinese shareholders and this is the first one in South Africa.  China is the 5th largest producer of wine in the world.  South Africa is only 8th.  So yes, they’re also a wine country but I think it’s only recently from a South African point of view that we realise the potential of the Chinese market for us.

ALEC HOGG: You realised it.  How did you get together with these guys?

HEIN KOEGELENBERG: It was about eight years ago when the financial crisis started in the USA that I decided not to

move our distribution to the US, but rather to Asia and then specifically to China. I appointed two Mandarin speaking people – working for us in China, building relationships with different companies.  Firstly I started with appointing an agency – Orsino Worldwide for La Motte and Leopard’s Leap. Through that partnership and friendship with others, we played golf with Mr Koo, the chairman, and became friends with him.  He came and visited us a couple of times with his family in South Africa and it was after one of these visits that he said to me ‘we have the same family values and social responsibility values so we need to do some business’ and that’s how we started this L’Huguenot wine brand for China.

ALEC HOGG: It’s a very important point that you make because quite often South African or African business people think that you arrive in China and sign up a deal.  It doesn’t work like that though, does it?

HEIN KOEGELENBERG: No. Definitely not. You have to build a relationship with your network first.  It took us about three years before he came to us and he said to me they are shareholders in a company in China – Perfect China – and they are the second largest direct sales organic product company in China but they didn’t do wine.  They’re sitting with a huge network of about 5 000 outlets, just over 1 million salespeople in China. He said to me ‘let’s do a wine’.  I think that was about 6/7/8 months before he started with a Chinese wine. I think it was in September 2011 and in 2012 we started the shipments of 2.8 million bottles, at that stage it was 50% of South Africa’s volume to China.  And as you know South Africa is only 2% of all imported wine into China so we’re not a big player at the moment.

ALEC HOGG: This transaction that you are announcing or have announced today: it’s clearly not the entire Val de Vie development, but the wine side.

HEIN KOEGELENBERG: No.  It’s only the wine estate at Val de Vie Estate.  Val de Vie is a polo Estate and they also have

a wine estate with 24 hectares of vineyards. We decided to purchase the 24 hectares and the estate at Val de Vie for wine, because of all the infrastructure already in place at the polo estate.  The idea is to renovate a barrel maturation cellar big enough so that we can sell all the exclusive expensive wines of our brand, L’Huguenot, into China.

ALEC HOGG: And the Val de Vie Estate itself is going great guns.  I see on their website that Ryk Neethling… Is he your Marketing Director as well – the swimmer – he’s just sold his house for R11m.

HEIN KOEGELENBERG: Ryk Neethling is the Marketing Director for Val de Vie and yes; we worked closely with Ryk and Martin Venter from Val de Vie to establish this deal.  And surely, going forward now, it will be a close relationship between our company – Perfect Wines of South Africa – bringing Chinese people on an incentive trip on a yearly basis.  Our first one is 3rd of September.  We will have 700 people/guests from China visiting us for one day at the Convention Centre in Cape Town. The idea is to bring between 700 and 1000 Chinese people to visit South Africa every year for one week.  Obviously we need to entertain them and have them experience a bit of the beauty of South Africa, not only the wine side but the whole of South Africa – Western Cape – and hopefully they will spend some money with us in South Africa.