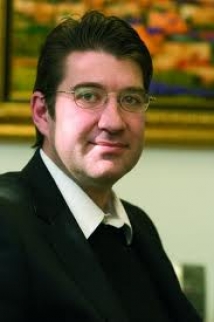 I bought some Village Main Reef shares this afternoon. A full trading session since my interview with CEO Marius Saaiman (below), I’m fulfilling my internal rule of never using the advantageous timing we journalists enjoy to buy or sell a share. By now, the whole world could have studied what Saaiman told me on Friday during CNBC Africa’s Power Lunch.  Before you decide on whether to follow me onto the stock, watch the video below and read the transcript. That is sure to spur you into some homework of your own. And, perhaps, lead you to the conclusion that at its current 33c, the shares are pricing in every possible bit of bad news priced in. And not a smidgen of its potential. As Saaiman explained during our chat, the cash guzzling Blyvoors and Buffels are history. The operating assets left are the Tau Lekoa gold mine – which even at these gold prices generates about R100m profit a quarter – and the Cons Murch antimony operation which operates around break-even. On top of that, shareholders own a slice of the attractive Lesego Platinum prospect and a stake in a coal mine that’s soon to list on the JSE . All in a group whose total market capitalisation of R330m is the equivalent of less than a year of the profit generated by Tau Lekoa. That’s the kind of value I like to see when putting my hard earned savings to work.

ALEC HOGG: Village Main Reef has reported a 4th quarter basic loss per share from continuing operations of 43c. That compares to a share price today at 35c, up by a cent on the day. So it just shows that it is a substantial hit that the Company has taken. In the last 3 months the share price has virtually halved. Marius Saaiman, Chief Executive of Village, is with us in the studio. A lot of retail investors in your stock. Lots of people interested. In fact how many shareholders do you have?

MARIUS SAAIMAN: Well, Alec, we still have a register of more than 3 500 shareholders. Most of them are still legacy shareholders from when we did the Simmer and Jack transaction (buying it for R1.3bn). So we’ve retained a lot of the retail element in our share register since then.

ALEC HOGG:  For a South African company that’s a big shareholder base. I guess from your perspective that’s the gold market. You’ve come down to a negative 10 bagger in the last 3 years. That can’t be getting you guys terribly thrilled at the challenges that you are facing when you see the share price under this kind of pressure?

MARIUS SAAIMAN: Absolutely Alec and I think what we have done, certainly in this particular quarter if you look at our results, is that we have focussed on stemming the losses that we incur from some of our operations. We do have a wonderful asset, in the form of Tau Lekoa and that’s been a stalwart in our company and it has made us very good money. But over the last 12 months in particular we’ve used a lot of that cash to fund our operations at Buffelsfontein and also at Blyvoor and we’ve just got to a stage where that just does not make sense anymore.

ALEC HOGG: Are now going to be closed down?

MARIUS SAAIMAN: Well Buffels we have closed. I mean the process, in terms of the closure of or putting the Buffels operations on care and maintenance, is complete and the whole Section 189, the retrenchments of all the employees – that’s been done. But at Blyvoor we have indicated to the Blyvoor board of directors that we, Village, can no longer financially support Blyvoor. We have supported Blyvoor for 12 months to the tune of R190m of cash that was put into that operation to try and revive it or keep it alive. But it is now at a stage where we just cannot justify doing that any more.

ALEC HOGG: The Blyvoor story is interesting because you did do a deal on it with DRDGold. At the time it looked like you could make good money out of it. The gold price was playing along.

ALEC HOGG: Is that what changed?

MARIUS SAAIMAN: A number of things happened at Blyvoor, not the least being the gold price that is down by over 20% in Rand terms. It was always a high cost mine and therefore under pressure, if the gold price were to change. But there were also other actions that impacted very negatively on our ability to operate that mine profitability. There was the unprotected strike action in September / October of last year that affected our Blyvoor Mine. It was the only mine in the Group that was affected by the unprotected action. Then, you know, as part of that particular series of events there was a large seismic event that resulted in around 40% of our available work areas underground, at Blyvoor, being destroyed. And that, you know, combined with the fact that the mine almost had no production for the December holiday period as we tried to reduce the impact of the infighting between AMCU and NUM (rival trade unions) .

ALEC HOGG: So this mine (Blyvoors) could be the first victim of that fight between AMCU and NUM?

MARIUS SAAIMAN: I think it has had a big impact. I mean obviously the costs, particularly over the winter period with the increased (Eskom) winter tariffs that the mines face, the reduced gold price – I think all of this just played into the hands of just making this a mine that is just not economically viable, unless current circumstances change.

ALEC HOGG: How many people will lose their jobs?

MARIUS SAAIMAN: There are 1700 people that are still employed at Blyvoor.

ALEC HOGG: And this is over for them?

MARIUS SAAIMAN: Well, you know, that’s a decision that the Blyvoor Board ultimately needs to make. As Village we have indicated that we will no longer financially support the Blyvoor operations and now it is really up to the Blyvoor Board to make the decision. But Village, by acquiring this asset, really did sustain Blyvoor for a period of 13 months, which meant that employees worked for an extra 13 months. I think everybody gave it a really good go to make this work but circumstances conspired to just make this unviable.

ALEC HOGG: Circumstances and Trade Union battles. You had another problem with industrial action at your Cons Murch mine, remembering that we are throwing around all of these names but you really don’t have that many operating units. You have Tau Lekoa…

ALEC HOGG: …doing extremely well and continues to. Buffels, which you’ve closed, Blyvoor, which is going to be closed as well and then Cons Murch, which is your other operation where  you also faces some difficulty there from labour issues?

MARIUS SAAIMAN: We did. The labour issues were post the quarter trend, so that was in July. So the effect of that particular labour action is not yet captured in this set of financials, in the June quarter. But certainly we had some difficulty, in terms of our relationships, with our employees up at Cons Murch.

ALEC HOGG: Is it settled now?

MARIUS SAAIMAN: It has been settled in terms of all our workers are back at work and production has normalised. But there are still the normal

actions that follow from these sort of unprotected actions taken by employees.

ALEC HOGG: Marius, I guess the shareholders would now like to know – is this the end? Is this the end of the blood? Are you now going to see Village as Tau Lekoa and the wonderful platinum (Lesego) prospect that you’ve got, maybe lifting its head again?

MARIUS SAAIMAN: Absolutely, Alec. As I’ve said before, the real focus was on just stopping the bleeding and ensuring that the good cash flow that Tau Lekoa generates is secured so that Village is in a much stronger position to survive. We’ve done that. And Tau generates the sort of cash that makes Village a great prospect. Cons Murch will wash its own face as it has done under normal operating circumstances from the day that we acquired the particular asset. That does give us an opportunity to focus on our strategy, which is to diversify our exposure away from the pure gold assets. To that extent we bought a 16.34% in Continental Coal. (Note: Continental intends listing on the JSE later this year) As we normalise our balance sheet and cash tends to sort of flow into the balance sheet and not out of the balance sheet, we would look to cement that position in coal. We really like the exposure to thermal coal. It will also give us more opportunities and options in relation to our wonderful Lesego Project as you’ve mentioned.

ALEC HOGG: Any update on that side, on the platinum prospect?

MARIUS SAAIMAN: Yes, absolutely. Lesego has completed the definitive feasibility study and the results are as good as one could anticipate from an Eastern Limb platinum project. It is, well certainly in our mind, the best of the prospects in that particular area as it has very high Merensky grades. But, you know, it is still a billion dollar capital expenditure project. In the current environment it is highly unlikely that one could raise a billion dollars to develop a new mine. So we’ve done additional work to see if there are other configurations and other options that will allow us to bring the value creation from that project for it, without having to incur the massive capital expenditure.