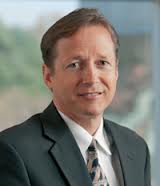 Journalists have long memories. We need them. Those around us are often rather selective about what they recall. My memories of Sasol stretch back to lunching with the formidable former chairman Joe Stegmann; talking engineering with the bow-tied and wonderfully named CEO Paul Kruger; and listening to his successor Pieter Cox’s dreams of boosting the chemical division. Next in the CEO hot seat, Pat Davies, was the first English speaking CEO and more accessible than his predecessors. But the new breath of air that is Canadian David Constable has driven changes that would have been inconceivable from any of his predecessors. Under his watch the expensive flirtation with China was terminated and, instead, Sasol moved heavily into the USA. Unfortunately this interview needed to be cut short to fit into the available airtime on CNBC Africa, but Constable also told me he’s hoping that Sasol will be able to get a slice of the fracking opportunities opening up in South Africa. The group’s drive into the US is based largely on the sharp drop in the cost of its gas and chemicals feedstocks released through the fracking boom there. In this interview he also updated us on the benefit Sasol enjoys from external price movements: over a full year every 10c drop in the Rand adds R939m to revenues; and every $1 a barrel in the oil price, R610m. – AH

To watch the video of my interview with David Constable on CNBC Power Lunch, click here.

ALEC HOGG: Sasol’s headline earnings rose 25% in the year to end June were boosted by higher synthetic fuel production up 4%, and the Rand that was down 14%, Company Chief Executive, David Constable was at his Sasol headquarters this morning. I popped along and he helped us unpack the numbers.

DAVID CONSTABLE: Yeah, we’ve had a strong operational financial performance for the financial year 2013 which ended on June 30th and we did have tailwind. Macro-economic tailwinds from the Rand – about 14% weaker June to June, year-on-year. But we did have a 3% weaker Brent Oil crude price, so that went against us a little bit. You also have to consider that a weaker rand also attracts additional cash costs to outside the country, and  we have quite a bit of labour activities going on. So it’s a mixed bag, but definitely the weaker Rand certainly helps. Sasol is a great Rand hedge for our investors.

ALEC HOGG: The Rand oil price – let’s call it 10% better in your favour in this period, but synthetic fuel still by far the biggest contributor to the profits – nearly 70% to be specific. On that side; interesting to see that your production did improve.

DAVID CONSTABLE: We’re really pleased with the performances in fuels out in Secunda. The teams came in a few years ago, and wanted to get back to basics. They’ve really taken the ball and run with it and accomplished what we’ve been trying to achieve, getting stability and reliability into the plant. As you can see, we are getting close to our growth program numbers ahead of schedule. So very pleased with 7.44 million tons in fuel and like you say it’s driven some profits.

ALEC HOGG: David, how much more can you squeeze out of the plant? If you’re up 4% in this past financial year how much further could you go?

DAVID CONSTABLE: We’ve got a few more things to do on the growth program. It’s been a multi-year process of upgrading the facility. New reactors, reformers and oxygen plants to add reliability and stability, with the aim of moving from 7.3 million tons up to about 7.52 million tons. We’ve got one more facility to put in. It’s a gas heater re-exchange performer plant. What you need to remember is that we have these big shutdowns in September – phased shutdowns once a year, and then every fourth year we have a full shutdown of half the plant. So in those full shutdown years that takes out 100 000 tons of capacity. But off the baseline, we’re looking good. To answer your question, we’re guiding 7.3 to 7.5 for FY 14 . We’ll be comfortable in that range so we’re excited.

ALEC HOGG:  Just to pack it out, the Rand has weakened further from the end of June when your financial year ended off. What is an extra R1.00 to the Dollar, all other things being equal, worth to your bottom line?

DAVID CONSTABLE: We look at a 10 cent Rand weakening driving about R939m extra in profit if you average that over the year.

ALEC HOGG: So if we stay where we are, there’s another nearly R10bn worth of profit (from the weaker Rand).

DAVID CONSTABLE: You can do the math and that’s where we are right now, assuming an oil price in the range we’re at right now. So you’d have to remember that the oil price has to stick where it is to get that type of return. On the oil price, an increase of US$1.00 per barrel on Brent crude would drive another R610m to operating profit.

ALEC HOGG: There we have the calculations for shareholders. Not such good news – something that is in your control is the chemical side. It’s always been an area where one year Sasol’s very happy it’s got chemicals but not so in this past financial yar.

DAVID CONSTABLE: Yeah – chemicals. To me a diverse portfolio is very important and without the partial impairment of ARIA up in Iran, which of course we’ve divested from, would have obviously seen better numbers. The chemicals group is under pressure – high feed stock costs, margins squeezed because of low demand and with China slowing, Europe just coming out of recession and the US starting to come up, we’ll now see chemicals starting to turn later in the financial year. Chemicals have always been a cyclical performance as you know. The cycles go through chemicals but the bright spots in chemicals have been our Infrachem business, the ammonia business in Infrachem, and our olefins and surfactants business, which is really the existing ethane cracker in Lake Charles, Louisiana. This is doing very well because of the low ethane feed stock pricing that they’re able to access.

ALEC HOGG: I think that people don’t fully appreciate the benefits that you get from your own feed stocks really being able to put into the chemical side.

ALEC HOGG: You spoke about America. Today in the results, you are estimating that a facility you’re building there will be between USD11 and USD14 billion. That’s a third of your Market Cap.

DAVID CONSTABLE: Call our Market Cap $32 billion right now. I think it was on Friday anyway – again depending on the Rand exchange rate.   That $11 to $14bn is for the gas to liquids plant which is quite a bit later in the decade. We’re about 30 months away from taking a final investment decision. So fast forward to our ethane cracker; that’s the $5-7bn project, which we’re going for final investment decision the middle of next year, so we’ll have that plant in place by 2017. It will be well on its way before we make a decision on the GTL. So we’ll put about $5-$7bn of iron in the ground and have a plant almost up and running. That plant kicks off a lot of cash and Sasol’s market cap I believe at that point, will be quite a bit higher. So right now we’re talking about a $7bn project on $32bn so the percentage is smaller. You’ll see a higher Market Cap later in the decade.

DAVID CONSTABLE: Definitely. That’s the case. It’s as I’ve said; we’re not fased. We don’t want to bite off more than we can chew, so we’ll make sure we can execute that cracker successfully. The FID and the GTL’s quite some way away and we’ll see what things look like at that time. We’ll make sure we’re going into it with our eyes open and make sure we get returns for our shareholders before we take that decision.

ALEC HOGG: That was David Constable, the Chief Executive of Sasol. Maybe the overall story there, over the past five years, has been the swing from China and Iran into the United States. Sasol is now the biggest foreign investor in that country. Fascinating. That’s all from us here.