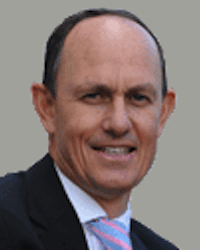 It’s that time of year again, when people are taking time out to reflect on days past, and days yet to come. And for many, part of that reflection process involves looking back on how well their stock portfolios have performed, and looking ahead to what stocks they want to bet on for the year to come. In this interview, Sanlam Private Investments director of investment Alwyn van der Merwe walks us through his top 5 stock picks for 2014. For each of his picks – namely Kumba, Sun International, Invicta, BHP Billiton, and Imperial – van der Merwe explains why he likes the stock, why he thinks it will outperform in the new year, and what factors could undermine their performance. You may not agree with all of his picks, but his reasoning is well-worth checking out. – FD

ALEC HOGG:   With the year winding down, investors are crunching the numbers to see how their stock picks for the past year have performed, and they’re already making their picks for 2014.  Joining us to discuss where value can be found is Alwyn van der Merwe.  He’s Director of Investments at Sanlam Private Investments.  Well, you have a handful of stock – five, to be exact.  Alwyn, let’s start off with Kumba.  Good news with regard to the Constitutional Court: finding in Kumba’s favour, so that story with the Guptas is now off the table.  I guess they can start jacking up their production.

ALWYN VAN DER MERWE:  Yes, I think that is probably the major concern.  If you look at the latest numbers, the production numbers were slightly disappointing but then if you look at the new mine – the Kolomela mine – the production was slightly better than expected.  However, Alec, if you look at Kumba, ultimately the Kumba share price is very dependent on the iron ore price.  I think if you look at the iron ore price at the moment, it is about 133 dollars per ton.  The iron ore price is slightly better than what most people expected, so in our view the shorter term earnings – and remember, these stocks we pick on a slightly shorter-term investment horizon – the shorter-term earnings, we think, are likely to surprise the market.  That is why we’ve included it in our portfolio.  You would have seen yesterday also…they came out with a trading update and they said that for the full year, the headline earnings per share – or their share – would be up by about 20 percent, which is roughly in line with what the market expected, but I think it’s still a pretty decent number.  We all saw a very strong response in the share price itself when it went up by more than seven percent yesterday.

GUGULETHU MFUPHI: Alwyn, you’ve also included Sun International as one of your stock picks for 2014.  Why?

ALWYN VAN DER MERWE:  Sun International is one of those companies where we think they have a natural moat.  They have the hotels, and they have the inside lane in terms of gambling.  We also have to say that gambling, if you look at consumer spending, it is certainly more on the discretionary side so I suppose that holds a bit of a risk with South African consumers struggling a bit.  However, if you look at the valuation of the stock plus the returns that the company has generated, we just feel that this is probably one with a slightly longer-term hat on.  This is one that we should include in the portfolio.  As I say, I think there’s a slight bit of cyclicality to the earnings numbers, but although consumers are struggling, I don’t think they’ll necessarily fall out of bed, so we think this particular company is still in a good position to generate returns for investors.

ALEC HOGG:   Well, we know your deep value friends over at Regarding Capital Management like that one, too.  Invicta: Christo Wiese’s industrial play has caught your eye.

ALWYN VAN DER MERWE:  Yes, Alec that is one of the companies that, from a share price performance has certainly produced the goods for investors in the past.  It’s always a risk when you invest in a company that has done well, that you come late to the party.  However, having said that if you look at the rating of the company it’s trading on a price earnings multiple of just over 12 times.  They have a wonderful track record of acquiring businesses with a slightly elevated currency, which is normally their own share price, and then they extract value out of those businesses.  In the recent past, they’ve acquired a business that used to be listed in Singapore, called Kian An.  It’s selling similar products into the Southeast Asian market, and I think it gives them a very nice footprint in a region where we know the economic growth is still pretty buoyant.  They foresee that in the next five years, that the earnings pattern…they will generate about 50 percent of their earnings from offshore earnings.  We just think that the management has a fantastic track record and we are still prepared to back them at this particular point in time.  As I said, in terms of its own history, it’s slightly elevated from a price earnings multiple, but relative to the other industrial shares, it is certainly not expensive.

GUGULETHU MFUPHI:  Alwyn, I see BHP Billiton is a firm favourite in many portfolios, including yours.

ALWYN VAN DER MERWE:  Yes, I think BP Billiton plus Kumba…you also have to look at it from a top-down perspective.  What we have seen over the last 18 months/two years, is that mining shares have generally underperformed significantly – BHP less so than many of the other mining shares.  However, if you look at the valuation compared to the height of the commodities company valuation in 2007/early 2008, you will see that the price-to-book valuations of mining companies have shrunk considerably.  In the case of BHP Billiton, it used to trade at a price-to-book valuation of more than five times.  It is now trading at a price-to-book of about 2.5/2.7 times, so it certainly looks far more interesting from that perspective.  Secondly, I think there’s also an awareness with many of these mining companies’ management teams, that they have to address the asset allocation issue.  I think that in the past, they’ve been guilty of allocating capital, which didn’t generate the returns on capital that shareholders expected, and there’s a huge awareness with many of these mining companies to address that issue. I think Billiton is no exception to that.  Lastly, if you just look at the production updates that Billiton produced over the last year or so, I think it would be fair to say that from a production perspective Billiton has been a superior company.  If commodity prices can hold, I think they should get the benefit of that.  Of course, also for South African investors, when we look at commodity prices you have to look at the Rand commodity price and with the weakness in the Rand, Billiton will also serve as a Rand hedge.  All in all, I just think that for the New Year, Billiton is a ‘must have’ in a portfolio.

ALEC HOGG:   Alwyn, we’re hope you’re right on that one.  The last of the five is Imperial.  We don’t have time to get into that, because I’d really like to get your views on the legacy that the late Graham Mackay, will be leaving.  He passed away this morning – the former Chief Executive and Chairman of SABMiller.

ALWYN VAN DER MERWE:  Alec, when I think about Graham Mackay, I just think about Mr SAB.  I think he has set and established a particular culture, and whenever I see people of the SAB management team…they are extremely loyal people with a firm set of values, people who understand their market, and ultimately – it is very important for me and as a shareholder as well – that they know how to execute.  He stood for those values and I think he lived it.  My view is that if you set that example, it’s very easy to follow a particular example, and he was certainly an icon not only in South Africa, but certainly, internationally when you look at captains of industries.