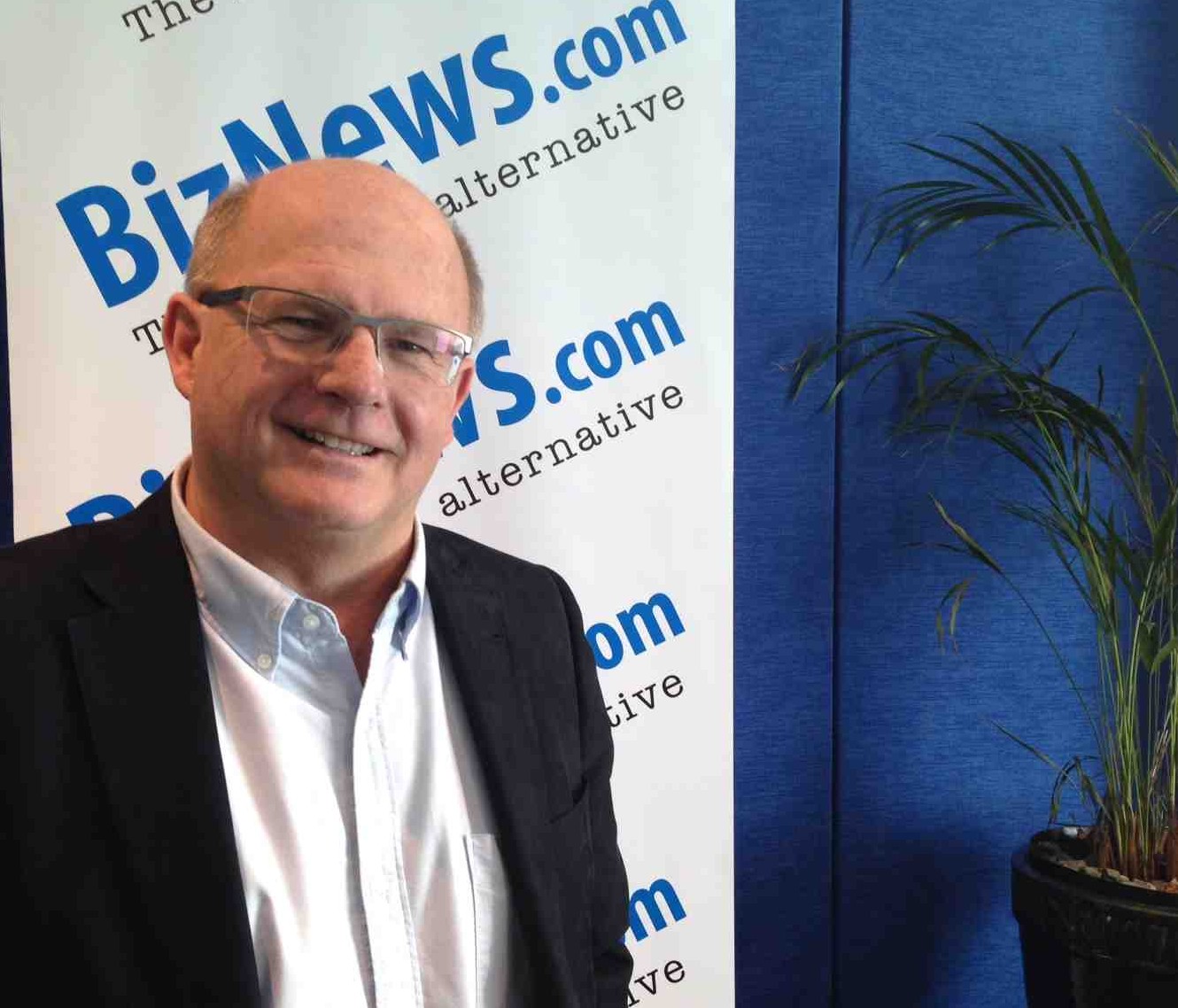 As far as business schools go, Pretoria University’s Gordon Institute of Business Science (Gibs) is one of South Africa’s finest, it is in fact one of the best in the world. It is often recognised for its calibre and is well known for giving the South African MBA an upstanding name. Professor Nick Binedell founded and ran the institute for 15 years, and has recently announced his stepping down from his position as dean of the school. He and Alec Hogg had an insightful interview about his tenure, his future plans, and the growth and future of young business leaders in South Africa. It is an exciting time in South Africa, and Binedell has been at the forefront of the development of the minds who will contribute to the furthering of SA’s economy. A fascinating interview indeed. – LF

ALEC HOGG: Welcome back to Power Lunch. After 15 years, first creating and then running Pretoria University’s Gordon Institute of Business Sciences, Professor Nick Binedell is stepping down. He’s the Dean of the organisation. He’s been a teacher but also Nick, a business manager there, too. I guess that at some point in time… It’s a big operation when we were talking about it last – 300 staff – you have to decide if you’re going to carry on teaching or if you’re going to carry on running a business into the long-term. You’ve had a long spell there. Did that shape your decision to finally step away?

PROF NICK BINEDELL: No, not really. I think there’s a natural time at which leaders should move on and make way for others. I’ve had a wonderful time establishing the school and before that, in other business schools so I’ve been around the business education world for a long time. It’s been a great privilege to start an institution from scratch and to try to make something of a success. Also, one doesn’t want to stay too long and I felt that this was a good time. The school’s in good shape. It’s done well. I think business supports the notions that we stand for and I’m sure that will continue in the future.

GUGULETHU MFUPHI:  It almost feels as though you’re leaving this teenaged child behind to fend for themselves in the world, but take us back to the creation of GIBS as an institute.

PROF NICK BINEDELL: Right. Well, I haven’t thought about it quite like that. It probably is a teenager, a bit unruly – 17 – or 15, depending on how you count. At the beginning, the University of Pretoria approached me through Johan van Zyl who’s now the CEO of Sanlam. He was the Vice-Chancellor at the time and he wanted to explore the possibility of me playing a role with him. He and I co-engineered the idea of establishing (not in Pretoria, but in Johannesburg), which of course is the centre of the business community, so that’s how it began.

ALEC HOGG: Well, Johan will be retiring soon as well, so I suppose the two of you are going off into the sunset together. Are you going to do anything special?

PROF NICK BINEDELL: With what?

PROF NICK BINEDELL: Well, I’m going to keep teaching, as I’ve said, and I’m certainly going to work hard for the next six months to make sure the handover and succession goes well. I have a tremendous curiosity about what’s happening in South Africa and elsewhere. It really is an extraordinary time we’re living in, and so the chance to move away a bit from the management and to think about how to help business and how to help South African business in whatever way I can is certainly going to be part of my future.

GUGULETHU MFUPHI:  So your analysis of what’s unfolding in the business space from South Africa’s perspective when it comes to leadership: are we moving on to mediocrity maybe – drift?

PROF NICK BINEDELL: No, I don’t think so. South Africa has very resilient companies and institutions. It’s still has this frontier mentality and I think we’ll spawn a new generation of business. There’s something in our DNA that’s quite spectacular and as I often say, there’s no country of our size’s economy that’s produced more globally competitive companies. They’re spreading their wings around the world. Of course, we have huge structural challenges. Many of them are challenges for business, but there’s an inbred resilience about them. All my life, it’s been five minutes to midnight…the country’s been on the verge of some calamitous event. The 90’s opened all of that up, created a new environment, and many people feel things are difficult. I think things are South African. That’s who we are.

We’re that restless country and business does well in this country in spite of many things we say. Profits are pretty good even though the economy is currently a bit tight, but we’ll come through this phase because there’s an inherent entrepreneurial skill in South Africa.

ALEC HOGG: That encroachment that we’re seeing increasingly by Government into the private sector: isn’t that a concern for you, given that business has been resilient, but can it continue indefinitely?

PROF NICK BINEDELL: Yes, it is a concern but remember, we lived through this after ’48 as the National Party saw itself.

PROF NICK BINEDELL: Not you and I.

ALEC HOGG: Not me either. Let me point that out.

PROF NICK BINEDELL: I don’t like these ageist comments. The National Party saw itself as building Volkskapitalisme. It instituted and built the Sasols, Eskoms, Iscors, and the Spoorwee; it used that to create jobs, and it did it within its own mandate, fairly efficiently. In principle, I’m not against the State being involved in the economy. It’s a question of how much and how, but I think we would share the idea that the State should be an enabler. Maybe it’s a little too involved in the economy and maybe there is some encroachment, which I think business must reasonably argue before. I think the relationship between business and the State is going to be critical in this country and it’s very important that this dialogue begins because what we have to put first is the nation. Then there’s the question of the State and business.

ALEC HOGG: The dialogue begins… Now in any normal State, that’s not a statement that one would hear from someone who’s as plugged in as you are.

PROF NICK BINEDELL: There is a dialogue. There are many institutions – some may not be as dynamic as we would want – that represent the different sectors. There are many dialogues and many issues that industries and companies pursue with Government. Although it’s sometimes difficult, Government has a pretty tough challenge. The issue is trust, respect for each other’s role, and understanding how that should happen going forward, and maybe as a new generation comes along, there ‘d be more broadmindedness, and that’s going to be dilemma in South Africa. Do we stick to the middle-of-the-road path or do we move to the left perhaps? I hope not. However, that’s going to be a debate and we have to stand in our corner and argue our point of view, that business in South Africa is largely a constructive part of the nation’s wellbeing.

After all, 70 percent of the economy is in the private sector and if I were sitting in Government, I would be saying ‘how do we partner this a little more effectively’.

PROF NICK BINEDELL: It’s very hard to tell.   On the one hand, we’re quite a pragmatic society and there is another generation – I see it at GIBS all the time – a new generation of people in companies are on the MBA. We have this fantastic program with school kids around the country and there I do see a different generational change, inasmuch as my generation (40 years ago) represented a new way of thinking, and many of those people came to influence in business, government, and politics etcetera. I think that’s a very natural progression in all countries. Maybe we need to encourage them and lift them up a bit to say ‘state your claim. State your argument’. A democracy is about a debate, and not just about elections.

ALEC HOGG: What is the younger generation thinking?

PROF NICK BINEDELL: We talked about this just a few days ago, because I spent a few hours with the people, facilitating this dialogue of 160 kids in Johannesburg (two per school) from the best/most elite, to schools that are really tough, and they’re remarkable people. In one way, they’re less political, but more politicised. In some ways, they are not as ideological. They want things to work and I think they are willing to put their hands up to make them work, and I’m confident about that. I once gave a talk in a church hall where a very elderly man at the end said ‘I think the problem is your generation are going to wreck this country’. In a moment of inspiration, I looked at him and I said ‘what did your grandfather think of you’ and with these wonderful old twinkly eyes, he said ‘he thought I was a bit of a mess’. It was a wonderful moment. Each generation thinks the others should get out of the way and the older generation thinks ‘well, we know better’.

This is how life works in every country, but here there’s a big energy because the demographics, urbanisation, better education, and more access to information means we are a democratic country. We have a rock-solid Constitution and that’s our right. We should engage in this discussion.

ALEC HOGG: So we start getting worried if the Constitution is fiddled with, because it’s currently rock-solid, as you say.

PROF NICK BINEDELL: Yes, but all things are snipped at, cut, and adjusted. These things aren’t static. The legal system and the media: they’re not static phenomena, but there’s an inherent dynamism in South Africa and I do fear the middle-class may be less politically engaged than it was 30 years ago. We need that engagement. It can’t all be about the economy. It has to be about the political economy because for any big company today, these things are inextricably linked. That’s why I say our knowledge about each other is so important, and that’s why at GIBS we really put an emphasis on this to say ‘in civil society, the State and politics, and business and the economy are all in the framework, and we should understand them all and be active in them all.

ALEC HOGG: Finally Nick, you did speak about the building of trust between business and Government. Are you going to be able to help in that regard?

PROF NICK BINEDELL: Well, I’m a minor player in a big pond, but I would like to play some role…whatever I can. I’m going to take a break, get some fresh air, and think about these things a bit more because as you said earlier, I’ve been very involved with the management. I have a great team that I’m leaving in situ where they’ll appoint a new Dean, so I’m satisfied that this is a good time for me to move out of that role and maybe think a bit more about what other contribution I may be invited (or able) to make.

ALEC HOGG: You surely shall. A wonderful South African, patriot, and also has things pretty much in perspective. Professor Nick Binedell is the outgoing Dean of the school he built – one of the business schools in the world, the top business school in Africa, the Gordon Institute of Business Science (better known as GIBS).