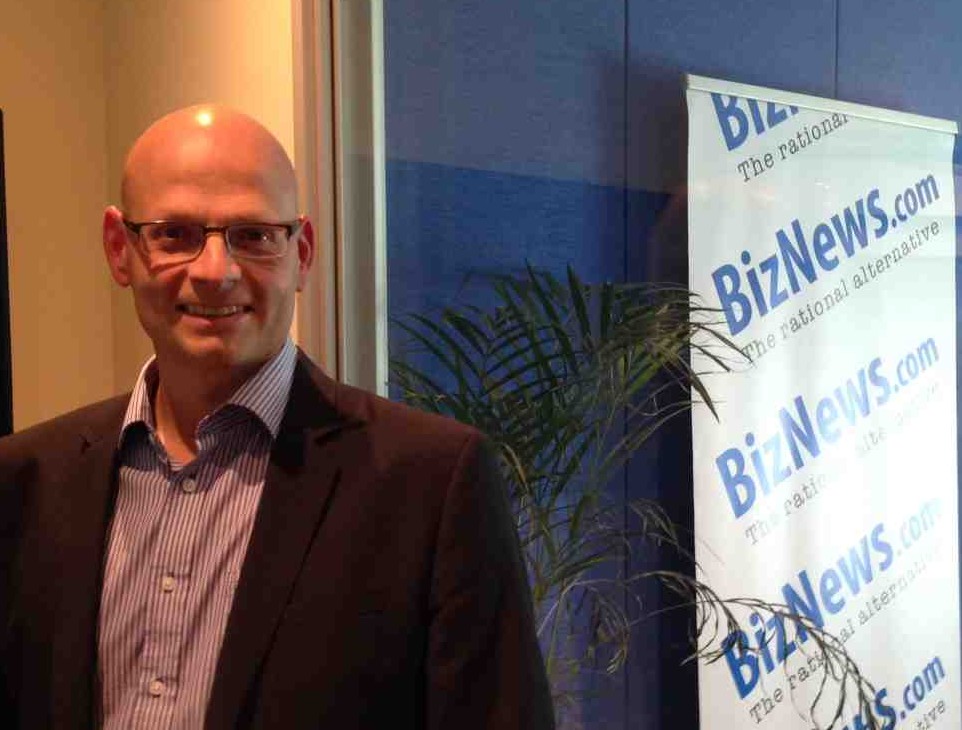 In this game, one tends to remember the ones you catch just right. Among mine was ARB Holdings, a KZN-based electrical wholesaler I came across in late 2011 while living on our Mooi River farm. My research suggested this was a sleeper so wrote that this was a stock to consider filling your boots with. The price has since more than doubled from 330c. Clearly, the easy money has been made. But as you’ll read from today’s discussion with CEO Byron Nichles, the guys inside the business believe there’s a lot more market share to capture. And with R200m in free cash, some attractive acquisitions available too. Those who bought ARB three years ago shouldn’t be cashing in their chips just yet.  – AH

GUGULETHU MFUPHI:  ARB has a reported a strong rise in full year revenue.  Joining us now for more on the company’s results is Byron Nichles.  He’s the Chief Executive of ARB Holdings.  There have been ongoing, sluggish economy here, in South Africa, has it had a strong impact on your numbers?

BYRON NICHLES:  Yes, it has a material impact and I’d like it to have had no impact but the truth of the matter is, and I think we signalled it in our commentary, is that we did see a marked slowdown in our sales.  Particularly from our electrical division, in the fourth quarter, and that was a direct impact of the strike action.

ALEC HOGG:  In profits as well.  When you were here six months ago, HEPS were up 35 percent, they’re up 27 percent for the year, as a whole.  We know we mustn’t have a straight-line kind of analysis, and Whitey Basson taught us that yesterday but it still is an issue that it appears as though, things slow down quite a lot in the second half.

BYRON NICHLES:  Yes, certainly, if you look at the two divisions.  We’ve got the electrical division, which is the largest contributor.  It was, hit by the mining strikes and, probably to a greater, extent the NUMSA strike.  They are both from a supply side, in the sense that many of our large cable manufacturers, their supplies were disrupted so you struggled to get product and, similarly we anticipated that to some extent, and stocked up.  But what we found was, on the demand side of the business, several of our big customers, the mining sector and the manufacturing sector, were equally, hard hit.  Therefore, the demand eased off, so it was also, aggravated by the platter of Public Holidays in April, and the elections in May, so certainly the second half was a more challenging period for the electrical side.  The lighting side continued to steam ahead.

BYRON NICHLES:  Yes, the Board often debates the issue of share buy-backs.  The reality, with a small cap company like ours, as recently listed, is we’ve got quite, tight liquidity.  If we were to go into the market and do any sort of share, buy back on any meaningful scale.  We’d absolutely just take out all the liquidity in the share, whatsoever, so the decision we’ve made to return the excess cash, in a form of a special dividend.

GUGULETHU MFUPHI:  It’s interesting reading through your numbers.  I noted that you purchased new property in Nelspruit, as well as in Rustenburg.  Rustenburg, that’s a bit odd, given the fact that the strikes have impacted that economy quite, strongly there.

BYRON NICHLES:  Yes, certainly.  We acquired a business, in fact, just pre-Marikana; a couple of month’s pre-Marikana, so in that sense, we got our timing exactly wrong, there was a piece of undeveloped land, it was operating from…

BYRON NICHLES:  Yes, so the 1st July 2012, in fact, and the business was operating from rented premises but owned an undeveloped, piece of land.  We took a decision to develop that land.  We commence it this year, the Rustenburg operation, certainly felt the impact of the strikes, but the team down there did a superb job in diversifying the revenue stream away from pure mining.  In fact, through the strike action, and through the course of this year that branch, in fact, made a small profitable contribution to the group.  Yes, on the back of that, on the back of what we see as being a larger market opportunity than purely the mining community in Rustenburg, we felt confident enough to go and develop the infrastructure, and rather operate from our own premises than pay rent.

ALEC HOGG:  Where is the revenue stream coming from?  14 percent revenue growth in this kind of economy, in your kind of area, is a fair whack that you are managing to put onto the books.  What area is it coming from?

BYRON NICHLES:  Yes, again, I think you’ve got to look at the two divisions separately.  If you look at the lighting business, a smaller contributor but revenues up 25 percent for the full year.

ALEC HOGG:  And the lights being switched to LEDs.  Is that helping still?

BYRON NICHLES:  That is certainly partly part of it.  I think it is more a market share.  We’ve seen some of the other players in that market, come out with some pretty challenging numbers in recent times.  The Eurolux brand is gaining confidence, and gaining market share, so that’s particularly in retail, in the DIY chains, you know, in some of the big, large listed DIY chains.  We’re seeing an incredible demand for the Eurolux product and that has been very, successful.  On the electrical side, no secrets to say that mining manufacturing, Government related revenue, is very flat, if not somewhat down on last year.  Areas of growth, export markets and over the counter cash sales, which we’ll always enjoy.  It’s a higher margin business, there you don’t give away settlement discount, and obviously, there’s no bad debt risk.

ALEC HOGG:  So you are importing it all?

BYRON NICHLES:  We import the product.

ALEC HOGG:  And you say its gaining market share, despite the weaker Rand.

ALEC HOGG:  That’s interesting.  Are you getting support from your overseas principals?

BYRON NICHLES:  I wish we were, but the reality is there are no local, lighting manufacturers, so all the product that finds its way into South Africa, onto the shelves, is imported so, yes, from that perspective, the playing field is level.

ALEC HOGG:  Byron, you’ve done well over the past, few years.  Is this share price now getting to the level where you’re getting a bit worried that you’re on a treadmill?  How do you meet expectations?

BYRON NICHLES:  We’d certainly like to believe not but as one of my colleagues said to me just recently here, today’s achievements become tomorrow’s standards and there’s no doubt.  We look ahead and we say although, hopefully the strikes are a thing of the past, the mining sector will, hopefully come back on stream.  NDP elections are behind us.  We’d like to believe, at some point we’ll see all of those coming through, and some pickup in demand, and activity.  As yet, we haven’t seen that come through, so, yes when we look ahead we do say ‘where is the growth going to come from?  It is no different to where we were sitting this time last year or the year before’, but that’s our challenge, as Executives.  We need to go and find those pockets of growth to make sure we continually gain market share.  Our Chairman, he has a famous saying, and he always asks us, what do we think our market share is?  And we say we suspect it is ten or 15 percent.  Then he says ‘so don’t speak to me about the macro environment.  There’s another 85 percent.  Go out and get it’.