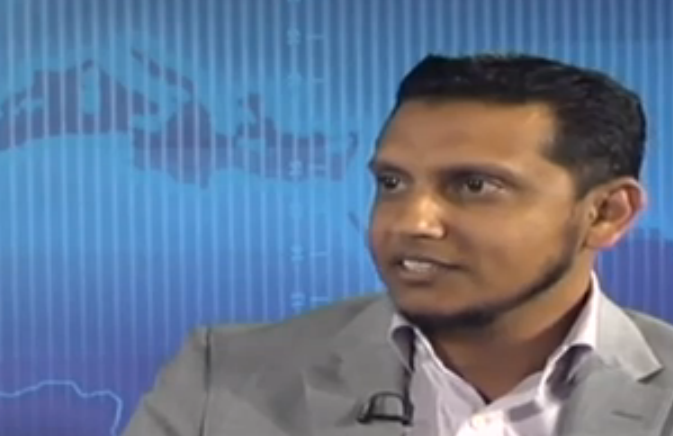 Unchallenged idiocy can have wide repercussions. Early in the new democracy, the ANC accepted a philosophy that its cadres “didn’t join the struggle to stay poor” opening the doors for public servants to feather their own nests, legitimately in their opinion. They didn’t make the connection that it was wrong to do so through plundering the public purse, stealing from other taxpayers. Another statement that gained support as Communists push for destructive “Development State” dogma is that the State should be encouraged to “competing” with the private sector. Someone in the Msunduzi Municipality must have been listening to this latest form of idiocy. In February, the Pietermaritzburg metro wasted ratepayers’ money trying to use the court to stop Dark Fibre Africa building broadband infrastructure in the KZN Capital. The metro seemingly wanted to establish its own broadband monopoly. Sanity has prevailed. But are there been any consequences for those officials who recklessly wasted more money the bankrupt metro doesn’t have? Don’t bet on it. These serial wasters are probably lining up their next hare brained scheme. Thanksfully, we have the courts, the Constitution and in special cases, Mark Shuttleworth’s grant to impose sanity. – AH

ALEC HOGG: The Supreme Court of Appeal has ruled in favour of Dark Fibre Africa so that it could continue building a fibre optic network in the Msunduzi municipality (Pietermaritzburg). Joining us for more is Reshaad Sha who is the Chief Strategy Officer at Dark Fibre. You guys have been doing a fantastic job in putting Internet infrastructure into the ground around the country. Yet, the municipality in Pietermaritzburg doesn’t like what you were doing. It happened in February, that they took you to court. What was behind this?

RESHAAD SHA: In terms of what we do, we build fibre infrastructure across metro areas and city centres. When we attempted to start building a fibre network in Msunduzi late last year, we were stopped by the municipality and finally, they took us to court in February.

RESHAAD SHA: Well, we didn’t really understand the reasoning for it because in essence, what we were doing was expanding our infrastructure in line with what Government’s objectives are.

ALEC HOGG: Were you messing up the pavements or digging in their roads?

RESHAAD SHA: Of course, we were digging in the roads.

ALEC HOGG: Were you following the regulations?

RESHAAD SHA: We were following the regulations. The Electronic Communications Act is very clear in terms of what we can and can’t do, and we were doing what we had been doing for the last six years.

ALEC HOGG: Elsewhere in the country – with no problems?

RESHAAD SHA: Well, we had some challenges, but none that were insurmountable or that were weren’t able to overcome, and we built almost 8 000 kilometres now. This little piece of network we’re building in Msunduzi… I think we were stopped for a couple of reasons. One of them is that the municipality had some visions to build their own network. We think that could have been one of the reasons and that’s primarily what stopped us.

ALEC HOGG: But even if they did, surely your network would make it more competitive, which would be a better deal for the residents of the city.

ALEC HOGG: Reshaad, were there any people who said ‘pay us and then you can go ahead’? I.e. was there any possible bribery…you could have let it go away if you’d had less integrity?

RESHAAD SHA: We didn’t encounter any of that specifically, in Msunduzi.

ALEC HOGG: That’s good news. So they took you to court. They wanted to stop you from building further. You won the court case. What, exactly, did the court say?

RESHAAD SHA: Well, according to the Electronic Communications Act, it’s very clear in terms of what the license allows us to do. It allows us to build in public and private land, and the municipality was of the view that we needed their permission to build this network. While we did engage with the municipality on practical issues related to traffic controls and green statements etcetera, they believed that we still needed their ultimate permission to go ahead and build. We have engaged with them and we’ll continue to engage with them to actually work out ways in which they benefit as well from this infrastructure that we’ve been deploying.

RESHAAD SHA: Well, we built all the big metros and the model we’re following, is we build where the demand is. Demand has been in the larger metros for a couple of years. We started building some of the secondary cities, probably about two years ago and Pietermaritzburg is considered an important city.

ALEC HOGG: I’m sure the guys at the Witness newspapers and many of my old friends from that area are delighted that you stuck with it, but it will send a signal presumably, to other municipalities.

RESHAAD SHA: Yes, I think it would, but we do get good cooperation from municipalities as a whole. We partner with Government and we partner with State-owned entities to deliver lots of connectivity across the country. I think that we’re doing is enabling Government to meet its objectives of 100 percent broadband penetration.

ALEC HOGG: What was really behind this? Was it some egotistical public servant who said ‘I’ll show you…I won’t let you guys build on my land’? You don’t just go to court. You have negotiations and discussions before that happens.

RESHAAD SHA: We attempted that route and we spent lots of time. I personally spent time in the municipality to try to understand where the challenges are and to address those challenges. I think some municipalities – not just in South Africa, but also around the world – had ambitions to be broadband providers themselves. If they build their own network, they believe that’s an additional revenue stream. Now I’m not saying that’s specifically the case in Msunduzi, but could have been one of the thought processes they were going through.

ALEC HOGG: You become a monopoly and you start charging your ratepayers possibly more than it would be if there were competition around?

ALEC HOGG: Well done. At least we don’t have to go to the Constitution with Mark Shuttleworth’s money on this one.   Reshaad Sha is the Chief Strategy Officer at Dark Fibre Africa.