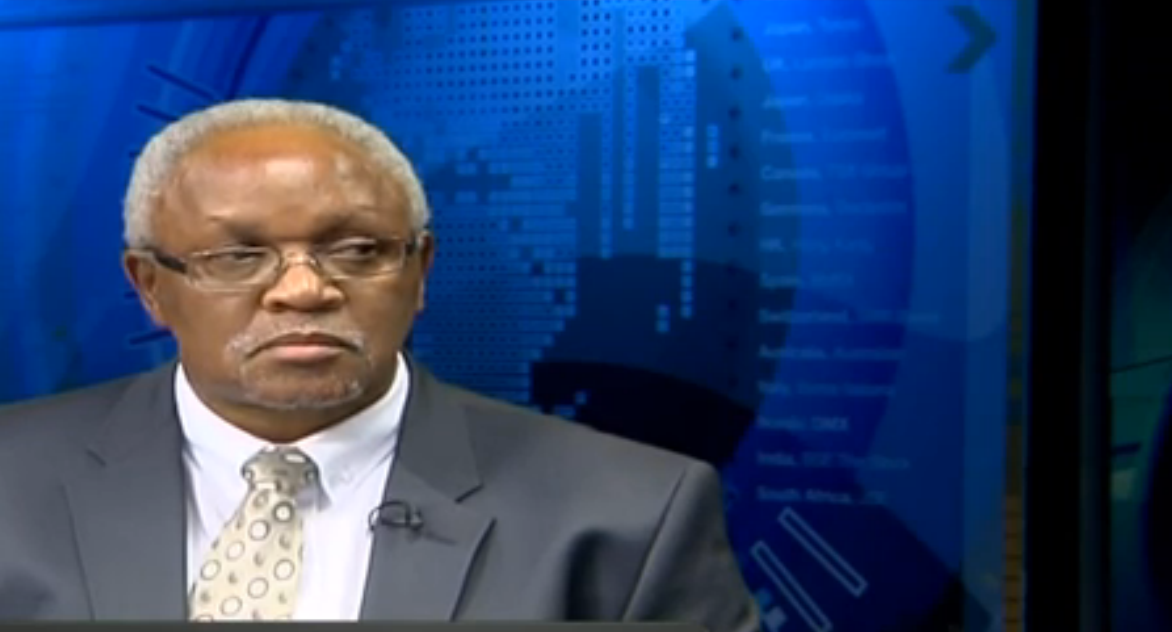 I love the saying that smart people (and countries) never waste a good crisis. Maybe it was a New Year tendency to see all glasses half full. But I really enjoyed my CNBC Africa interview with Mbulelo Ncetezo. He came across as the ideal regulator – a humble man seeking solutions that work for all. A mature human being who knows in this life there is much we do not know, so best to listen and when in doubt let the market guide you. Honest, too. As per: it is not Eskom’s fault the country is in an electricity supply mess – it’s Government’s fault, an acknowledged fact. Any country could do with more public servants that possess Ncetezo’s forthright approach. Including South Africa. – AH

ALEC HOGG:  Pockets of South African consumers might be powered by credits for self-generating excess solar power in the near future.  NERSA’s Executive Manager for electricity regulation, Mbulelo Ncetezo joins me in the studio to shed light on the matter.  We did see the Germans get very involved, other European countries as well, in stimulating solar power by incentivising the public.  Is this part of what NERSA is trying to do here?

MBULELO NCETEZO:  Yes, I’d say so Alec because what we have to do, one of the objectives of the Act, the Electricity and Regulation Act is that we should make sure that the development of the industry is done in a very organised way and this is what we are trying to do.

ALEC HOGG:  So are you going to allow me, if I decide to fill my roof with solar power generators, to sell it back into the grid at some point?

MBULELO NCETEZO:  Well, Alec that is what we are trying to do with this Discussion Paper.  We’re trying to see what the problems are that could come with that or what the solutions could be because whenever you introduce these new technologies they tend to have a disruptive effect.  What we are trying to do with this paper is to try to make sure that when that is in place we have a regulatory framework in place, so that there’s no disruption of the market.

ALEC HOGG:  Where do you pick up your ideas for things like this?  Do you travel a lot?

MBULELO NCETEZO:  We do travel a lot.  We’ve been to Germany.  We’ve been to all of those places but with the discussion paper, again, we know that as a Regulator we’re not the experts in doing these things, so we want all the experts, those are the stakeholders, to give us their inputs into this.  So, that by the time we have the framework it covers everything that has to be covered.

ALEC HOGG:  So you’re engaging with the participants?

MBULELO NCETEZO:  We are engaged with them, very much so.  It is our experience and, also what they are experiencing out there.

ALEC HOGG:  Clearly, as a Regulator though, you’d like to see lots of electricity in South Africa, at the cheapest price.  Is there anything that you’ve learnt on your travels or anything that anyone else in the world is doing that can achieve that for us?

MBULELO NCETEZO:  You know, when it comes to renewable energy, more especially PV and all of that, we’ve learnt a lot.  In 2008, we tried to come up with REFiTS that is renewable energy feed-in tariffs. For PV, for instance, we were suggesting R3.94 per unit but because of the experience we got overseas, we found that that was not the way to go.  We’d rather go for a competitive billing process.  In fact the Department of Energy is the one who came to us and said, “You know what, with this REFiTS we don’t think this is the way to go because countries like Germany and Spain and everybody is going this way and they have hurt themselves.  They have burnt their fingers, so we, as South Africans must do it in a different way.”  Hence, now we’ve got this renewable energy competitive bidding that is happening in the country right now, and that has brought the prices down considerably.

ALEC HOGG:  Of course, you hear some of the business people bleating about it.  They like to have that guaranteed price but the market forces, in the end, should open up for everybody, no doubt, and make it better for the whole country.

MBULELO NCETEZO:  Yes, in the absence of an open market in South Africa right now, we are going this way of bidding, people bidding their prices, but in the future we hope that the market will be such that everybody will be free to come in and compete with the other without the Regulator being in the space that much.

ALEC HOGG:  Mbulelo, on a more sensitive issue, we’ve heard a lot about the nuclear program.  If it goes ahead in the way that it’s been speculated that will bring a lot of electricity to South Africa.

ALEC HOGG:  At what cost though, I guess is the big question?

MBULELO NCETEZO:  Well, with nuclear, all we know is just that the capex is very high, but the opex is low, right, so the hurdle that we have to go through is that capex stage, but it will be built into the price ultimately.  I do believe that nuclear is going to raise the prices of electricity in South Africa considerably.

ALEC HOGG:  Are you frustrated with Eskom? Because they haven’t been delivering and everybody in the country seems to be frustrated that we’re going to have load shedding, etcetera, but from where you’re sitting is there anything…?

MBULELO NCETEZO:  You see, Alec, we all know that it was mistiming, on the part of the Government when it comes to Eskom.  When Eskom said, “Let’s build power stations,” they said, “Wait a bit, we still have to look at the market and everything.”  But that ensured that we don’t get to a place now, where we can have power right now, so there was a delay in the building of power stations and that was not Eskom’s fault, in my opinion.  In fact, the Government has come forward to say they did it themselves, so Eskom is finding themselves in this space right now because of that decision that didn’t take place at the right time.  Eskom is doing something with the building of Medupi but they are taking quite a long time.  We are not happy with the delay in bringing forward these new power stations.

ALEC HOGG:  We’re learning.  We’re a young democracy.  We’re making lots of mistakes, but I think as long as we’re taking two steps forwards and only one back then, particularly in this area, that is the kind of context that one should be considering.  That was Mbulelo Ncetezo from NERSA, the National Energy Regulator of South Africa.