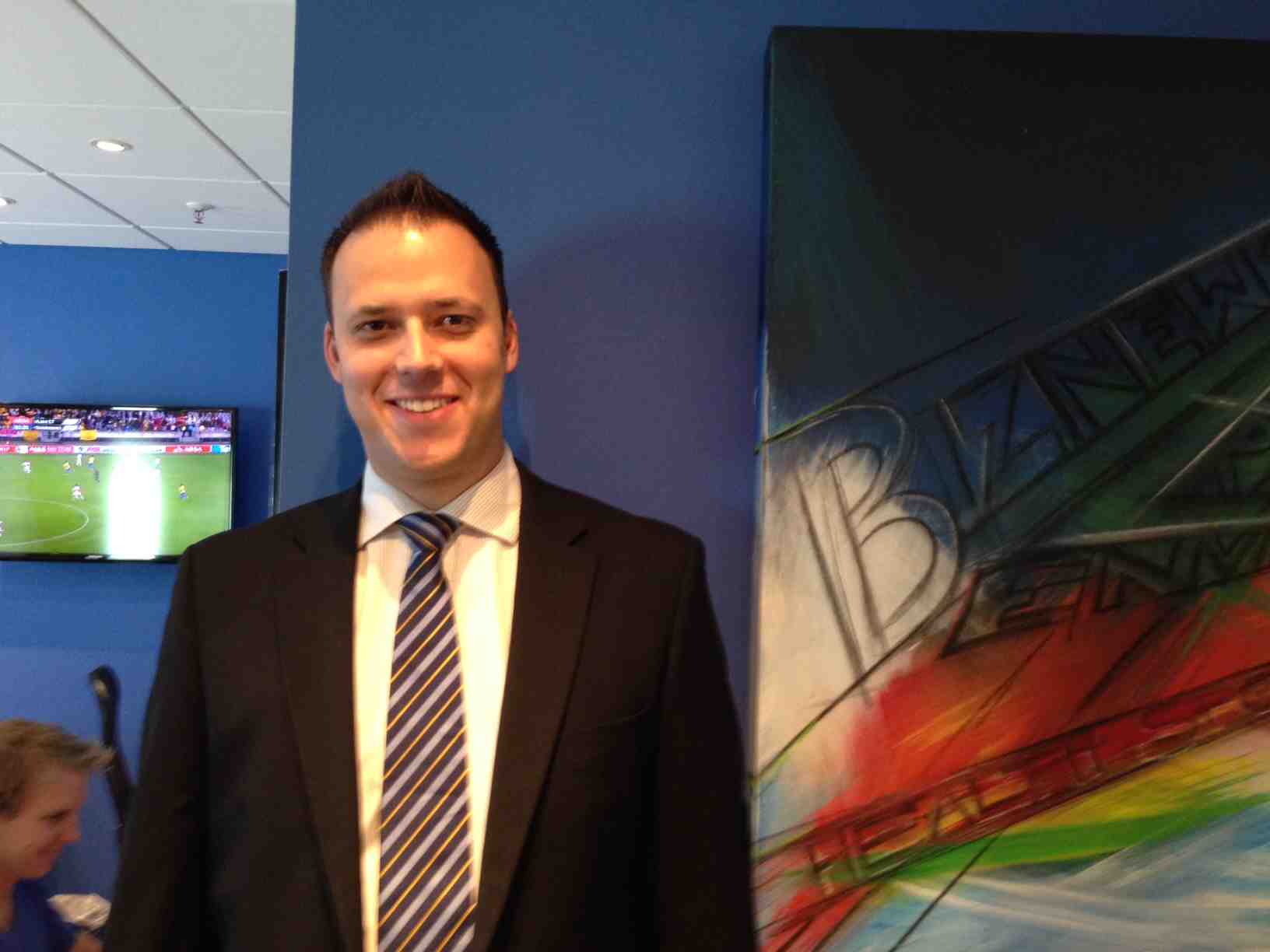 Vunani’s Gary Booysen shares some valuable insights on the go-go stock of the moment, Anchor Capital, explaining why the post listing five bagger could go a lot higher still. We also had a vibrant discussion about the outlook for hotel shares as AirBnB bites deeper into profit; and an excellent production report from Lonmin, whose platinum output in the three months to December was its best in eight years. – AH

ALEC HOGG:  Well, let’s get a more in-depth view of how the markets are trading today and pick up, on that Tsogo Sun story.  Here’s Gary Booysen.  He’s with Vunani Private Clients.  Let’s kick off with that one, Gary.  They’re in the news.  Remember, the structure is that you get the Commission and then you get the Tribunal who make the decisions, but the Commission doesn’t like it.  Is it something that you’ve looked at, and with the two/three percent retraction in the share price, is it becoming attractive?

GARY BOOYSEN:  Yes.  Sun International: we look at it but we don’t hold it in any of our portfolios and yet, we always seem to talk about it on this show.  Obviously, you pretty much covered what’s going on.  They are going to fight it.  We don’t know what’s going to happen yet.  This merger was announced towards the end of last year.  It seemed to make sense for the two companies, but it was obviously blocked by the Competition Commission, so we’ll see what happens from there.

ALEC HOGG:  From a broader perspective…as you know, I’ve been travelling lately.  I (shamefully) got my first Uber and it was an eye-opener because in London, you watch when things are in Pounds.  You’re paying 17.5/18 times the price so you watch every cent, very carefully.  It was half the price of a taxi and I will be using Uber in South Africa.  You can see the impact there on taxis, but let’s go onto Airbnb.  I’ve used them before, as well.  Surely, that’s going to be a massive threat to companies like Tsogo Sun.

GARY BOOYSEN:  Perhaps.  Airbnb is a very interesting, very new concept that took off and took over the world in a couple of years.  Like Uber, it’s one of those tech stories…it’s a website that gains traction and they managed to roll it out on an international scale – what feels like – overnight.  I think there’s definitely a potential threat but as with Uber, you have to look at it…  With Uber, when you look at the taxi industry…yes, they fight it in a many countries.  Uber’s banned in many countries.  They get the regulators involved but at the same time, I think many taxi drivers sign up to Uber and decide that they’re going to work with Uber and use this new platform to improve sales.

ALEC HOGG:  Gary, when you’re buying a hotel stock, what kind of period are you looking at?  What’s the PE there – 15?

GARY BOOYSEN:  I think it’s a very cyclical stock and it depends very much on your view.  If you’re trading the stocks, you’re trading daily announcements and you can take a view, just on whether it’s competition…

ALEC HOGG:  No.  You’re trading.  I’m talking about investor now.  If you take a 15-year view on something, you have Airbnb around the corner and you see what Uber’s done to the taxi industry…  In 15 years, surely to goodness, either the hotel prices are going to come down dramatically, or they might be going out of business.  That’s not a good economic model.

ALEC HOGG:  Hotels, when you have Airbnb undercutting it.

GARY BOOYSEN:  I think the demand is there and it depends on the type of person you are.  For me, it is an element of competition, but I don’t see that Airbnb is going to take over the entire hotel market.  I don’t see hotels suddenly going out of business.

ALEC HOGG:  But that’s not the point.  The point is that capital goes where you get good returns and it’s not that they go out of business, but their returns [fault? 03:12].

GARY BOOYSEN:  Do you know what Airbnb’s current PE is?

GARY BOOYSEN:  You could also argue that these are probably priced into both stocks.  A 15 PE stock over 15 years that Airbnb purchased, looking at…

ALEC HOGG:  I’m not buying Airbnb.  I’m just saying that the problem has to be for Tsogo Sun and Sun International, if you’re looking to the future in the same way as people said about newspapers.  I remember the New York Times saying ‘what’s this Interweb thing’.

GARY BOOYSEN:  It’s very true.  You have the process of creative destruction.  That’s what keeps economies efficient.  If Airbnb is something that populations prefer over something like a nice hotel suite at Sun International then yes, then perhaps Sun International is going to have to up their game.  Looking 15 years into the future is a very difficult thing – a lot of fog in 15 years.

GUGULETHU MFUPHI:  But doesn’t that also explain the strategy that we see in some of them taking on recently, adding more entertainment or add-ons, as well as casinos, to pull in some of that traffic?

ALEC HOGG:  Casinos are legislated but they also have a problem because you have online gambling, and that’s taking out casinos around the world.  Sun International is on a 23 PE.  That’s optimistic.

GARY BOOYSEN:  That seems optimistic.  As I said, we don’t hold it in any of our portfolios.

ALEC HOGG:  I was complimenting you, by the way (not having it in your portfolios).  Lonmin was the other one we were talking about off-screen, because I had a good chat to Ben Magara (the CEO of Lonmin) in Davos.  He was explaining how they’re gelling now with labour and Joseph Mathunjwa is now his pal.  They sit around the same fire.

GUGULETHU MFUPHI:  He said he wanted to invite him to Davos.  Didn’t he say so?

ALEC HOGG:  He did.  He wants to bring Joseph with him next time, to show him how the rich eat.  Those production numbers today…

GARY BOOYSEN:  Very impressive production numbers and nice to see that the cost cutting initiative coming through strongly as well.  There was a 24 percent reduction in cost as well.  That’s what he has to do.  He can look at a low metal price but at the end of the day, you have to get on with the business at hand.  You have to make business decisions based on where the metal price is at the moment and their expectation.  If you look at the platinum market, it is currently in deficit and guys have been waiting for a rerating in the platinum price, but it hasn’t come.  What do you do in the meantime?  You can’t pin all your hopes on a recovering metal.  You must make sound business decisions and it looks like Lonmin’s doing that.

GUGULETHU MFUPHI:  Doesn’t this add to the nervousness around resource stocks (in particular, the likes of Glencore looking to shut down some of their local operations and Anglo looking at impairments)?  It’s difficult to choose then, as an investor.

GARY BOOYSEN:  Yes, it’s definitely very difficult.  We see that resources are still under pressure.  Many guys are talking about the resources super cycle turning in 2016, and stocks perhaps having a better movement from the middle of this year.  For us, this is so difficult.  The prices are so subdued because of the massive amount of supply that’s coming on demand.  You just have to look at iron ore to see what’s happening there.  We obviously have Anglo taking huge write-downs at Minas-Rio on the basis of that.  Something else you said in the introduction to this show: the lower oil price also changed things dramatically because if you look at the likes of Anglo producing iron ore in Minas-Rio with the customer sitting in China…  With someone like Kumba, they have a long haul to take that iron ore across to China, whereas with the Rio’s and the BHP’s, it’s a far shorter trip.

With the lower oil price, that swings the whole competitive advantage back towards these other miners to which, I think the market hasn’t been paying attention at all.

ALEC HOGG:  There are many things with exactly that point and I hadn’t even thought about that, but of course, it has serious implications.  Tourism and long-term traffic on cargo ships, etcetera…

GARY BOOYSEN:  Yes.  You’ve seen many of the logistics companies rerating quite significantly, as well.  When you look at Imperial, it suffers with the currency where it is, so if you’re trading at around R11.60, that’s a huge problem for Imperial.  With the oil prices sliding like this though, you suddenly see a lot of support coming into that stock…that stock moving after trading a channel between 170 and 205 – right up at the top of that channel, despite a weaker currency.  I think you definitely see that being priced into the logistics.

GARY BOOYSEN:  We’re looking at this thing and I think that Peter and the guys have done it absolutely perfectly.  Their timing has been impeccable.  As they listed, many of their funds moved up to the top performing funds in the market.  They’ve had great performance for their shareholders.  That generates even more interest around the company.  They’ve made a big splash with their listing and guys are loving it.  Anthony Clark, who’s our small caps stock pick has it as one of his five to buy for the year, so he likes it.  He thinks that this thing still has a long way to go.

GARY BOOYSEN:  I don’t think he’s put a price on it.  I know Tori is at about R6.00, but I think Anchor is left open.  As you’d expect, none of these things are less than 40 to 50 percent.  It is a small cap, speculative play.  That’s what he will be looking for.

GARY BOOYSEN:  I think he’s doing the right thing as well because with the ramp-up in share price, it is expensive.  What is he doing?  He’s raising more capital with his shares.  That’s going to allow him to go and buy a lot of books in the market.  He’s going to be able to acquire companies.  I think it’s a very exciting company.

GUGULETHU MFUPHI:  An exciting one, indeed.  Just to close off with, property (I’m not sure if you like that one) Redefine International purchasing property in Germany and the local player this side bought offices in the Western Cape.

GARY BOOYSEN:  Yes.  Looking at property in general, the sector has performed exceptionally well over the last couple of years and that’s just with the artificially low interest rates.  I think that a lot of money filters into property, almost as a quasi-substitute for if you’re looking for a ‘low risk, but decent yield’ sort of investment.  We’ve been very pro-property – especially offshore – so we’ve been buying the likes of NEPI, etcetera because it has exposure to Europe.  We sort of expect…

GARY BOOYSEN:  Yes, Romania and Bulgaria but you still expect that there to be a stimulus that’s going to help things whereas if you’re looking at U.S. property…

ALEC HOGG:  Have you been to Romania?

GARY BOOYSEN:  I haven’t been to Romania.

ALEC HOGG:  You buy Romanian property, but you haven’t been there.

GARY BOOYSEN:  I haven’t been to Romania but I also look at the numbers and they really speak for themselves.

ALEC HOGG:  Oh boy, Buffett says ‘never buy something that you don’t actually understand’ and buying property in Romania…  NEPI is one that I’d be a little cautious of but, of course, I haven’t been to Romania either.  For all we know, that could be the next goldmine.  That’s Gary Booysen.  He’s from Vunani Private Clients.