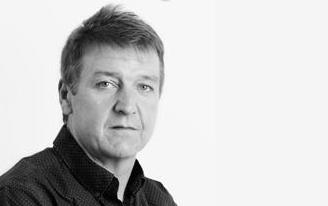 Piet Viljoen of RECM joined Alec Hogg on CNBC Africa’s Power Lunch today, the duo focused on the latest in the markets between today’s results, share prices and seeking value at the very best price.

Piet, we know that you’re a resource bull/resource fan, from a deep value perspective but let’s get your views on the oil price.  It doesn’t seem to be a dead cat bounce anymore.

Yes.  Nobody forecast the decline in the oil price and of course, everyone is forecasting that the oil price will decline substantially – forever.  I’m sure that’s also going to be wrong.  I think it’s very hard to predict short-term movements in share prices, commodity prices and by definition, the oil price as well.  Over time, the price will move to create a balance between supply and demand, and that price point is roughly around where the marginal cost of production is at $120.00 per barrel of oil.  People are extracting oil from shale as well as employing other very expensive ways of getting to oil or gas and at $40.00; all of those things become sub-economic, and are closed down.  This reduces supply and over time, it should push the price back up to where it becomes lucrative again to explore, discover, and exploit new oil resources.  The price acts as the balancing mechanism between supply and demand and I guess that over the next five years, the price will settle somewhere in region of $70.00 to $80.00.  That would be our guess (at RECM).  Whether it’s going to happen tomorrow, next week, or next year, is hard to say.

Piet, on the specifics of action today, we had Aveng’s financial results out.  The share price ticked up by five percent on these pretty ordinary numbers.  I guess that ‘ordinary’ would be putting it lightly.  Even the revenue was down.  Everything is down but it’s been a continuous slide over the last three years.  Are you seeing it bottoming out here?

Well, I’m not sure if it’s bottoming out.  It could go a lot lower.  It could also go a lot higher.  We don’t know.  All we do know at this point in time is that construction shares in general and Aveng’s in particular, are hated.  People think these are bad companies and they are priced as though they’re just about going out of business – in sharp contrast to the way they were priced in 2007/8008 when there was a building boom/commodities boom on the go, when the markets thought these were the best things since sliced bread.  As always, we think the truth is somewhere in the middle.  We don’t think the construction industry is a great industry.  The companies there struggle to generate a return higher than their cost-of-capital.  On average, over time they should price at around book value or the amount of capital invested in the business because they’re not worth much more than that.  They have no earnings power, as such.  It’s a very competitive industry.  Today, Aveng is trading well below book value and we think that makes for a good investment.  A poor company, but a good investment.

R33.50 is the nett asset value.  The share price is R16.58.  Piet, when do you buy these shares?  At what time in the cycle do they start looking attractive?

The short answer is ‘too early’, Alec.  We start buying them when they become cheap.  Depending on a business like Aveng’s quality, we’d need a wider margin of safety, so 40 to 50 percent cheaper.  If Aveng’s fair value were to be in the low 30’s, then we’d probably start buying it at about R20.00/R22.00, which we have been doing.  We’ve been buying it down since then.  We think it is an attractive investment proposition as opposed to an attractive business.  I think one should always distinguish between those two things.  They’re very different.  A good business and a good investment are very seldom the same thing.  Aveng is not a great business, but we think that at the current price of half-book value, it makes for a good investment.

Could Curro be a potentially good business?  They’re also out with results today.

Well, that’s a fantastic business, but we think it might be a poor investment.  Alec, you’re involved with horseracing.  You know it’s not always the best horse who wins.  The horse with the best odds makes the money for the punters.  We think that the odds are against Curro with regard to making investors wealthy over time, as opposed to a much lower quality business like Aveng, which has great odds on it and isn’t carrying a lot of weight.

Yes, the handicap plays a big role in the stock market as well.  It’s interesting.  We spoke about Aveng.  You have been buying it all the way down and clearly, at R16.50 it’s a better opportunity than at R22.00.  One that you really got right though was Sovereign Foods.  I know you liked this one when it was bombed out.  We had a trading update to show that it’s really moving in the right direction now and of course, the share price has performed extremely well recently.

Yes, it has.  I think Sovereign Foods has been a good performer.  It hasn’t been as good a performer as Astral has.  Astral is a much bigger share with larger market capitalisation.  I think the larger fund managers get their exposure to that industry via Astral and that’s why that one is pushed up a lot higher than Sovereign but we think that Sovereign in particular, is a very well managed business.  It has very good assets and it’s still priced for pretty low returns.  We think that Sovereign’s earning power is quite healthy over the next couple of years.  We like the company, the management, and the share price very much.  It’s one of the few where you have a good company with good management and a share price, which doesn’t discount all of those things.  It’s very hard to find one of those in the South African market these days.

Does the trading update today from Astral, (which is again, shooting the lights out) justify the share price, which has gone from R80.00 to R200.00 in under a year?

Not really, no.  The market’s probably getting a bit carried away with that one, but it was too cheap at R80.00.  There’s no doubt that all the chicken producers, including Astral and Sovereign, were too cheap a year or two ago.  Astral has run a lot harder than some of the others have.  The bottom line is these companies aren’t great businesses.  They’re nothing like SA Breweries or Richemont, etcetera.  They produce commodity products, so they’re not great businesses although some of them are good businesses, like Sovereign for example.  I think that Astral is starting to be priced like a great business and that’s pushing it a bit hard.

We’re going to talk to Michael Power, one of your ex-colleagues from your years at Investec Asset Management a little later, about Greece.  I know that you’ve also made some investments into that market.  How have they done, and how are you reading the Greek impasse?

Well, we got very lucky in Greece.  When the first tremors of the Greek debt problems hit the market about three or four years ago, and rumours with the EU started circulating we got involved with a couple of companies in Greece.  Subsequently, they went up a lot and our value discipline forced us to sell them so currently, we have no exposure to Greece but we’re looking again.  It’s these sorts of circumstance, which produce good investments.  When the headlines are bad: that’s when you get an opportunity to make good investments, so we’re looking in.  We’re looking very hard, at Greece again.

Maybe you could elaborate on whether it’s particular sectors or the bond market that’s attractive there, Piet.

No, not bonds.  We’re not quite sure whether you’d want to own or be a counterparty to a government obligation in that case, but we’d be looking at equity investments.  Generally, equity investments that are strong/good businesses in the local market, like gaming company OPA, the stock market in Greece (similar to our JSE) is a pretty good business, and some of the businesses that operate out of Greece into other countries, so that if there were to be some sort of devaluation, the would benefit from that.  Those are the areas that we’re exploring.  We haven’t found anything yet that we’d like to buy today, but we’re still looking.