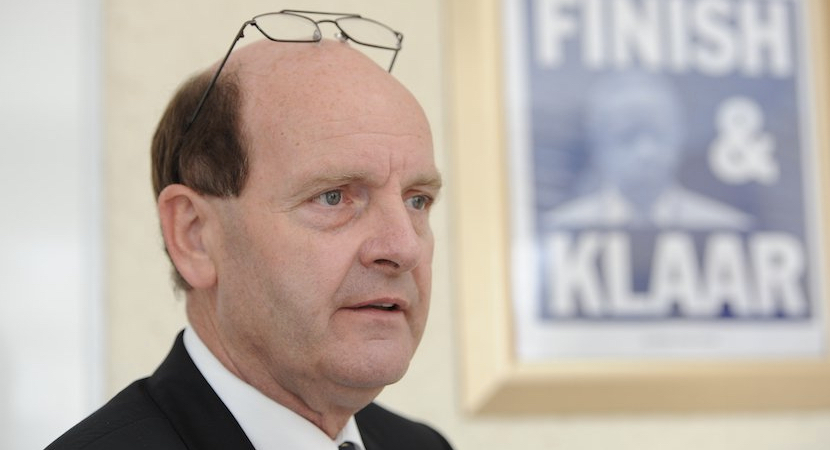 LONDON — Paul O’Sullivan’s Forensics For Justice has access to the #GuptaLeaks cache and after running a number of tests has established their authenticity. This means they are admissible in court in the same way as he has used similar evidence in other cases. O’Sullivan says the SA Police Services has the information and he expects the first arrests to be made before Christmas. – Alec Hogg

Well, joining us now on the line is Paul O’Sullivan. Paul, you’ve been having a look at the whole Gupta Leaks story. The insight there the Guptas are saying these are fake. What’s your assessment?

Well, we’ve actually, forensically analysed the emails and every email that we’ve forensic analysed we’ve drawn the metadata on it and we can see that they are indeed genuine.

It’s a process, Alec, it’s a forensic process and there’s various tools that you use and the tools will even go down and give you the headers of the emails. Every email that a person sends contains hidden information and that hidden information contains a whole lot of data. We call that metadata. There are certain forensic tools where you take the email and you can extract that forensic metadata and then you can analyse the date itself. It gives you, for example, the IP address of the computer it came from, and the location of the server, if it went through a server. So, you can get all that data.

Well, we do know that there are around about 200 thousand emails reportedly. You’ve presumably got a copy of the Gupta Leaks?

Well, we’ve seen it. We have access to it.

It’s a lot. I haven’t sat and counted them.

Could it have been fake?

No, and the reason I say this is because apart from the emails if you look at anybody’s computer, what it is in fact, is a copy of somebody’s computer. I’m not going to say who but it’s a copy of somebody’s computer that worked within the Gupta empire. On that computer was your standard, what you find on any computer, a file called documents and in that file called documents there are a number of folders and there were other documents in those folders that had been corrected. Some of them had been corrected on that computer for the purposes of sending the emails.

So, if I understand correctly. Somebody who worked for the Gupta empire had all this information on their computer. It must have been a very trusted person, certainly from what has come out so far.

Yes, one would assume so.

And there’s no way that that information could have been fake? Your metadata tells us that that’s impossible.

Yes, we’ve analysed a number of the documents as well. Now, every document that you create also has hidden data on it. So, a PDF file, for example, we use a tool called ExifTool, and you just take that PDF file and you drop it onto ExifTool and it gives you a printout of when the document was made, who it was made by, how it was made, what machine it was made on? If it’s a photograph it will tell you what type of camera, the focal lens of the camera, the exposure level. It contains all that information.

So, if all that information is there why has nobody used it as evidence against, what appear to be some pretty obvious crimes that have been committed?

Yes, I think that was probably the key issued. Up until recently the emails, in a format that was capable of being authenticated was only available to the journalists, and because they didn’t want to climb into the arena by providing criminal evidence they have not provided it in a format where the metadata can be extracted. Now, a number of weeks ago I arranged a meeting between a general in the police and outer, and outer kindly supplied the general with certain data in a format that it could be authenticated so, I think the ball is now rolling.

So, “Hope Springs” in this regard, at least.

From what you’ve seen of the disclosures and clearly, looked at the emails yourself. Is there incriminating evidence there?

Oh yes, there’s no doubt in my mind. Some of the emails, for example, I think we’ve sent you a few examples of how we’ve drawn the metadata. For example, there’s one email which actually Atul sent to himself with a spreadsheet on it containing all the information of everybody that was going to be a guest at the Gupta wedding, and it went right down to the details of how long they would stay at the hotel? Which rooms they would be in and the whole lot? That Excel spreadsheet is clearly a genuine item.

So, what happens now, Paul, given that the information is becoming more accessible to the criminal prosecuting authorities?

I think what’s happening now is, without sharing because I think it would be wrong of me to show what direction the criminal investigations are going in but I have had meetings and the meetings show that they are in fact, they’ve picked up on one or two suspects and they’re building cases against those suspects.

And the evidence, because of the metadata, can be presented in court?

Is this a standard practice around the world?

So, there’s nothing, when Atul Gupta says that these are all fake emails he, presumably is not telling the truth?

No, he’s not being truthful but of course, he doesn’t have access to the emails themselves. I’m sure he’d love to see what’s on them but he doesn’t have access to the emails themselves. If he did have, he’d realise that they are in fact, genuine and these emails and if they’re extracted correctly, they are used in court. By way of example, I carried out an investigation for the Government of Liberia, concerning corrupt ministers, and we were able to get the emails and prove who sent them, when they were sent, and the content of the emails. In that way, a case was built and the ministers were indicted.

So, that’s happened on the African Continent and presumably, it happens elsewhere in the world?

Yes, it happens all the time.

So, just getting back to where to from here. The police now clearly have the information, they aren’t sitting on their hands on it, as has been alleged by many people. We could see some development on this front in the time ahead?

Yes, I would hope that we might even see indictments handed down before Christmas.