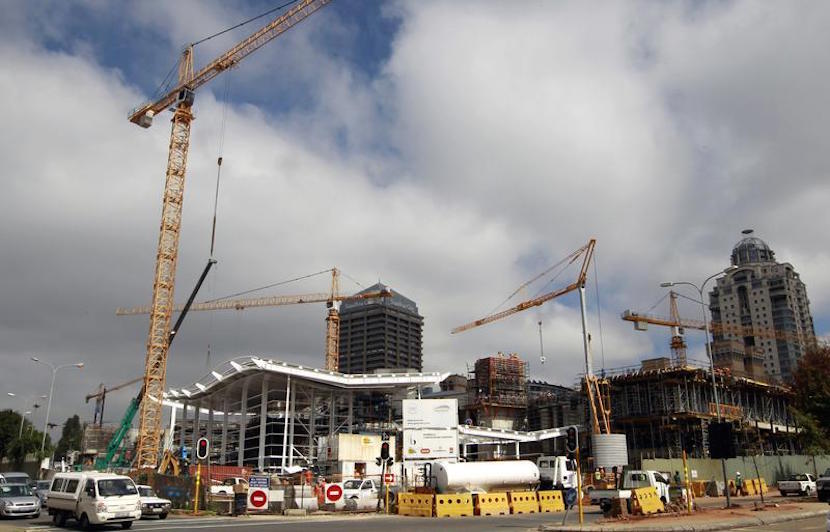 It would be easy to conclude global consulting group McKinsey is talking its book with conclusions reached in a report on the best way ahead of SA. But that would be missing the obvious. Walk around the country’s financial heartland of Sandton and you have to notice its all-pervasive construction activity. Cranes seem to be everywhere as new premises are built for legal, accounting and other services groups. South Africa may no longer possess the largest economy on the continent, but its services sector is decades ahead of those elsewhere in Africa. McKinsey argues that services provides an ideal focus point – one that can be leveraged into creating of hundreds of thousands of “decent” jobs. Trouble is, the sector is haemorrhaging its highly skilled, globally mobile inmates at an alarming rate. And turning that around will take more than another onslaught of political hot air. – Alec Hogg

By Carin Smith of News24

Cape Town – Despite a thriving domestic services sector, South Africa’s share of exports of services remains small, even within its geographic region, cautioned the latest McKinsey report on the country released on Tuesday.

The report, entitled South Africa’s Big Five: Bold Priorities for Inclusive Growth, states the service exports should be made one of the priorities for growth.

The report found that South Africa has highly developed services industries, yet it currently captures only 2% of the rest of sub-Saharan Africa’s market for services imports, which is worth nearly half a trillion rand ($38bn).

“With the right investments, service businesses could ramp up exports to the region and the government can help by promoting regional trade deals.

“In construction, the opportunity ranges from design to construction management to maintenance services. In financial services, promising growth areas include wholesale and retail banking and insurance,” according to the report.

Services constitute 70% of gross domestic product (GDP) globally, and 62% in South Africa. Between 2004 and 2014, services contributed four-fifths of South Africa’s GDP growth and nearly nine tenths of new job creation, adding R500bn to the country’s GDP and 2.7 million people to its employed workforce.

“We estimate that South Africa can increase its share of sub-Saharan Africa’s service imports to 15%, which would add R245bn to its GDP and create 460 000 jobs,” the report stated.

The largest opportunities for services exports to the region and even globally the report identifies, are in services to the construction sector, financial services, business services and business process outsourcing.

“All of these represent near-term opportunities — South African business can move aggressively to claim a major market share by 2030,” according to the report.

It emphasises, however, that this will require support from the government, which will need to help establish a regional trade environment that will position South African firms to secure contracts.

“Both parties must work to develop the skills and capabilities needed to power rapid growth in these high-potential sectors, given that successful services businesses depend on skilled people,” the report states.

In sub-Saharan Africa, the biggest markets for imported services other than South Africa are Angola, Nigeria, Mozambique, and Ghana. These countries are consuming four main imports of services. Of these, services to the construction sector is the fastest growing segment, with an annual growth rate of 20.8% between 2009 and 2012, followed by business services (6.3%), finance and insurance services (5.8%), and transportation (4.1%).

Apart from geographic nearness, the report says South Africa has some strong comparative advantages that could help it export more services.

“It has relatively low labour costs compared with much of the developed world. This is especially true of highly skilled professions, including engineering, law, and architecture, in which educational quality is similar to the level in the average developed country,” according to the report. – Fin24