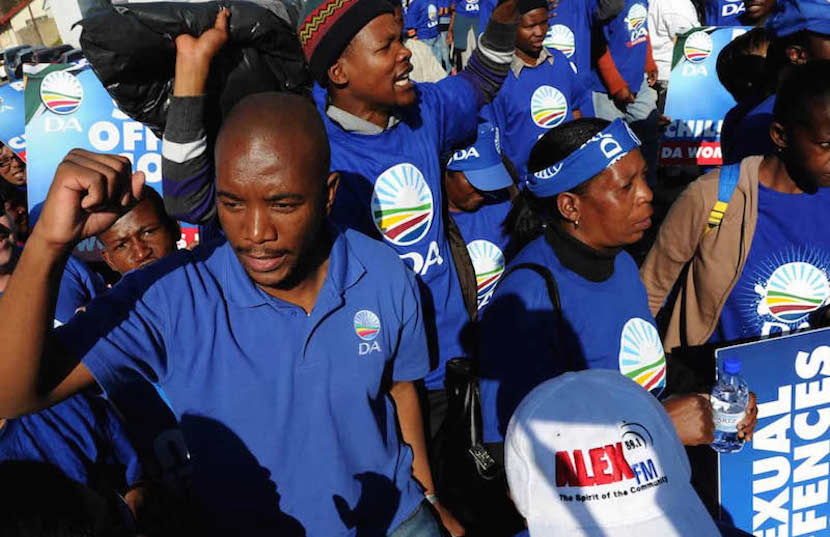 It’s becoming increasingly difficult to defend South Africa against assertions of becoming a Banana Republic. Wild swings in the official statistics, like yesterday’s trade account surprise, don’t help. Far worse, though, is evidence of how those close to the Big Chief fall over each other to shower him with unaffordable gifts – at taxpayer’s expense of course. The spirited defence both within and outside Parliament by the ANC that its President requires a R4bn transcontinental jet typifies this insanity. Yesterday, leader of the official opposition Mmusi Maimane scooped up thousands more August election votes after leading a jet-related protest march to the ANC headquarters. The party’s guileless and arrogant response will swing a few thousand more. And Luthuli House still wonders why the nation is so angry? – Alec Hogg

“With R4bn we could pay for over 160 000 one-year internships for young South Africans,” he said, adding that R4bn could also go towards paying for more than 600 000 Expanded Public Works Programme work opportunities.

He went to Luthuli House in central Johannesburg to hand over a list of demands.

“Whatever confusion they have, we welcome that the DA recognises that the only party that can resolve problems in the country is the ANC. They are welcome to come back again and we will address their problems, as we do in the country,” he said.

“This is not an ANC jet. It’s a state decision and we draw the line between the party and the state,” he told News24.

Maimane said the party wanted to send a clear message to Zuma’s ANC that, “We want jobs not jets.”
He said as had happened with the arms deal, large procurement projects came with inflated prices and corruption.

“We know what President Jacob Zuma wants. ‎He wants us to pay for a big fancy jet to match his big fancy luxury home that we have already paid for,” he said.

Defence Minister Nosiviwe Mapisa-Nqakula said in Parliament in May that buying the new jet seemed unavoidable.”There is no way right now the defence force can avoid buying a VVIP (jet),” she said.

She said Zuma and Deputy President Cyril Ramaphosa had, several times this year, been left stranded or been late for events due to the presidential Boeing 737 breaking down.