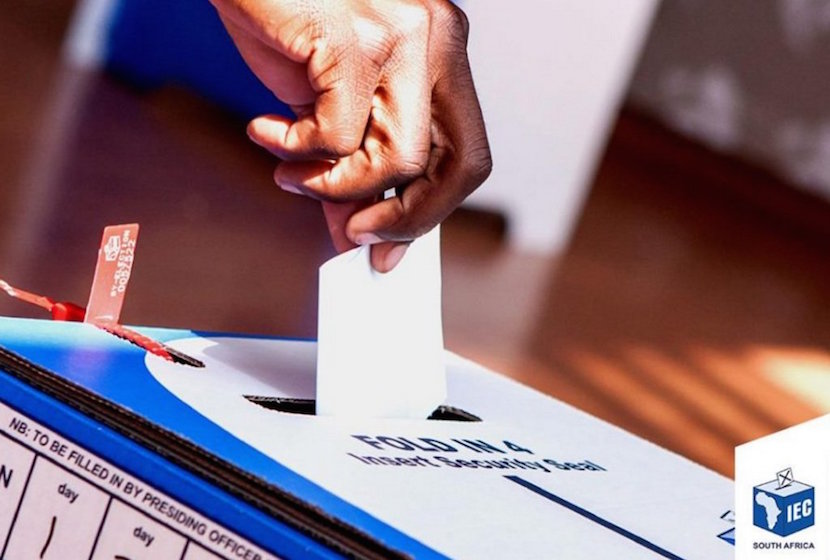 Brexit has been touted as a Democratic win, which given the end votes is a fair comment. But if one digs deeper, as Graham Sell does, there are bigger issues at play. Voter apathy is one of them, as 72 percent of registered voters decided Britain’s future. If one looks at South Africa, Sell notes the decline in South African voters, given the 87 percent turnout in 1994, compared with 73 percent in 2014. There are countries that have implemented compulsory voting, going as far as fining those that don’t and while such a cause may not work in both the UK and South Africa, it would prevent the calls for a second referendum, as there wouldn’t be any crying over spilt milk, as those who thought ‘Bremain’ was a certainty are doing now. The most powerful tool any citizen has is the ability to mark an ‘X’, something no one should forget. And like I always say to the people close to me, if you haven’t voted keep your complaints to yourself. – Stuart Lowman

The outcome of the Brexit vote has been trumpeted as “a victory for democracy”, but a look at the UK referendum voting numbers gives pause for thought on what democracy really means in today’s world.

Needing 50% plus 1 vote for victory, the Bremain camp received 48.1% of the votes cast, and the Brexit camp received 51.9%. For the convenience of our generally abbreviated world, these have been rounded to 48% and 52% respectively.

A close call, but nonetheless enough to constitute a clear statement by the majority of Brits, don’t you think? Media coverage certainly compounds the impression that 52% of Brits will wake up happy, and 48% will stay awake worrying where it all went wrong.

However, if the results are adjusted against the total number of registered voters, and not just the 72.2% who turned out, the Bremain camp votes would translate to 35% support, and the Brexit camp to 37% support. The balance of 28% would be made up of those who either couldn’t vote for one reason or another, idiots who thought the outcome was a foregone conclusion so didn’t bother to vote, and those who couldn’t care less either way.

Forget, for a moment, all the arguments relating to not crying about the result if you have not bothered to vote, and think about the bottom line. In the UK referendum on EU membership it means that 38% of the voting population have decided the fate of the other 62%. Looking at it this way, is it really a victory for democracy or does the result merely highlight that democracy is not working quite as well as we think it is, or as was intended?

In the same vein, in South Africa we have seen dramatic declines in terms of both registered voter turnout and, in particular, the percentage turnout based on the voting age population (VAP) which includes eligible, but as yet unregistered voters.

In the first democratic national election in 1994, registered voter turnout was close to 87%, with a voting age population turnout of 85.5%, which are very good numbers indeed.

20 years later in the 2014 national election, registered voter turnout had declined to 73.5%, but of more concern is that it appears only 54% of the voting age population had bothered to register and vote.

So while the ANC’s 62.15% share of the votes cast in 2014 sounds impressive, once you realise that this translates into a mere 34% of the voting age population, it becomes another question mark over democracy as practised today. The situation is even worse when it comes to our Local Government elections where there are typically lower voter turnouts than for National elections.

Such numbers beg the question as to why so many people have apparently turned their backs on this hard won privilege. Is it general voter apathy that has befallen the world, in which case should voting be made compulsory to ensure that people fulfil their democratic obligation?

The International Institute for Democracy and Electoral Assistance has this to say about compulsory voting:

Advocates of compulsory voting argue that decisions made by democratically elected governments are more legitimate when higher proportions of the population participate. If democracy is government by the people, presumably this includes all people, so it is every citizen’s responsibility to elect their representatives.

The #IEC has certified the voters roll – which contains 26.3 million eligible voters – for the municipal elections.

Surely, our history dictates that voting should be an obligation – to serve the memory of the many who fought so hard, and died, to earn full democratic rights for the majority of people?

Two countries that are particularly admired by South Africans, Australia and Singapore, have compulsory voting. Australia will impose fines of $20 for a first offense, and $50 for subsequent offences, while Singapore removes non-voters from the electoral register until they apply for re-registration. Both countries wave the penalties if non-voters have good reasons for not voting. As monetary penalties will not work in South Africa, removal from the electoral register is a more manageable solution.

Then again, is compulsory voting the answer, or is there a deeper seated problem with our political system that has caused voter apathy?

In our case, the answer to that rhetorical question lies in our much vaunted Constitution which entrenches our right to vote, but not to choose who stands for election. Candidate selection, more precisely defined as cadre deployment, is considered to be the divine right of political parties and their leaders. In effect, democracy, which should be a bottom-up system, has been cunningly morphed into a top-down system whereby politicians and not the people own our so-called democracy.

Read also: Sell: August ‘biggest’ election since 1994 – no such thing as ‘wasted vote’.

The state has most certainly been captured, not by commercial interests, but by unaccountable and greedy politicians who have created the environment where opportunists such as the Gupta family can thrive.

It is a great shame that the Local Government electoral system has not already been changed. Perhaps the tragic events in Vuwani and Tshwane could have been avoided. As it is, for the next 5 years, we will not only continue to pay at least twice as many pointless politicians than are needed to run a municipality, but the majority of us will suffer from decreasing levels of service delivery at a disproportionately higher cost. More fuel for the flames of service delivery protests.

One certainty is that before 2019 we must force electoral system changes which will reinvigorate our enthusiasm for democracy. Either we do that, or we may face consequences of a somewhat more “revolutionary” nature.

As for the Brexit result, it will be interesting to see the outcome of a 2nd referendum, if there is one. But even if the result stands, they can still take pride in their culture of accepting culpability, unlike our local leaders who think it is their duty to keep attorneys and advocates in full employment in order to avoid same.