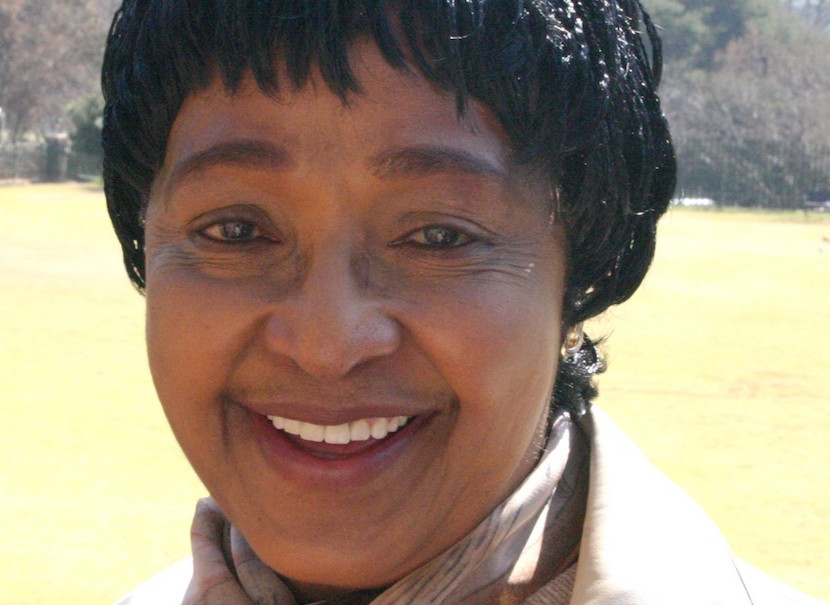 Playing to voters’ hearts, President Jacob Zuma and his right-hand man Cyril Ramaphosa wheeled Nelson Mandela’s controversial ex-wife out at the weekend ahead of this week’s polls. Winnie Mandela is a trump card in the political game for hearts and minds and is likely to take votes away from populist politicians opposing Zuma and friends. The intellectual left might thumb their collective noses at Winnie, but the Mother of the Nation is still much-loved among longstanding ANC supporters across South Africa. Winnie didn’t disappoint, with big hugs and kisses for ANC leaders on stage. South Africans have a history of voting on loyal party lines rather than on the issues of the day. Tainted by scandal, Winnie is hardly an ideal public representative – but she is very useful for undermining political rivals. – Jackie Cameron

Johannesburg – ANC veteran Winnie Mandela made a surprise appearance as a guest of honour at the ANC’s final elections rally at Johannesburg’s Emirates Park Stadium on Sunday morning.

Shortly after religious leaders delivered their messages, Mandela was wheeled onto the pitch in a golf cart, much in the same way her by then frail, late former husband, Nelson Mandela, was brought into the stadium for the party’s final rally ahead of the 2009 elections.

Winnie Mandela embraced and kissed leaders on stage before sitting down between President Jacob Zuma and his deputy, Cyril Ramaphosa, in a row reserved for the party’s top six leaders.

ANC Gauteng chairperson Paul Mashatile welcomed the thousands that filled 45 000-seater stadium, urging them to go out and make their cross on the ballot paper on Wednesday.

“Don’t say you love the ANC. Your love means nothing if you don’t vote on the 3rd of August,” he said. “You must go out early. Let’s not vote too late. Let’s come early and vote for the glorious movement of our people, the ANC,” he said.

Mashatile welcomed the crowd, many of which were clad in yellow ANC T-shirts bearing Zuma’s face, to “the mighty Gauteng province, the head office of the ANC”.

Mashatile’s welcome was followed by messages of support by the ANC’s alliance partners. ANC veteran Winnie Mandela made a surprise appearance as a guest of honour at the ANC’s final elections rally at Johannesburg’s Emirates Park Stadium on Sunday morning. – News24