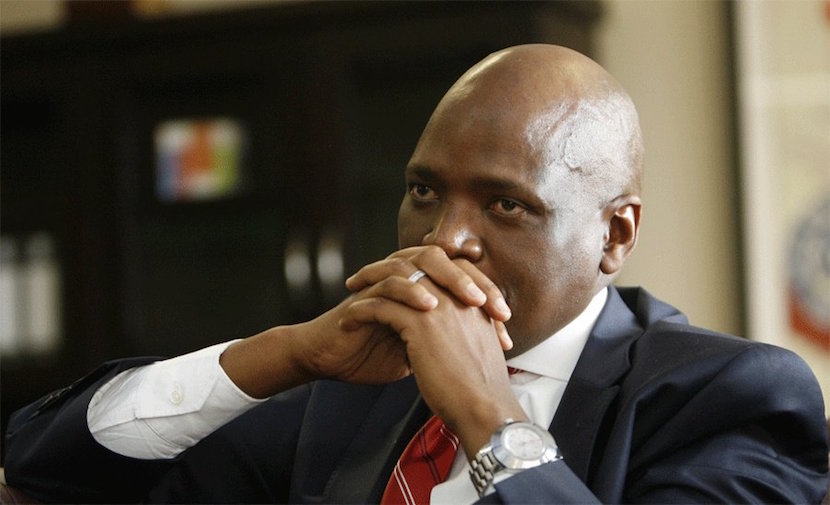 The SABC is proving to be a cash cow for its controversial boss Hlaudi Motsoeneng. His role as Chief Operating Officer of the public broadcaster ensured he is a multi-millionaire. In addition to his annual salary of about R3.7m, Motsoeneng has reportedly been granted a bonus of about R11m – and is set to receive a total of R33m over three years. To put that into context, while the extra money is unlikely to buy Motsoeneng a top-end luxury home in the most upmarket suburbs, it could cover at least 20 average size homes. Apart from the size of Motsoeneng’s bonanza appearing obscene in the context of rampant poverty across the nation and his questionable performance in the job, the money deal – says the Save Our SABC Coalition – highlights the “looting behaviour” across state organisations. Public Protector Thuli Madonsela is investigating allegations of corruption against Motsoeneng, including that he paid former employees exorbitant salaries. As South Africa’s state capture crisis deepens and the country’s leaders continue to ignore the public outcry, the Democratic Alliance is considering court action – yet again – to act against irregularities at taxpayers’ expense at the SABC It really shouldn’t have to come to that. – Jackie Cameron

Cape Town – The R11.4m “bonanza” paid to SABC boss Hlaudi Motsoeneng has to be accounted for, lobby group Save Our SABC Coalition has said.

Co-ordinator for the Save Our SABC Coalition, Sekoetlane Phamodi, told News24 on Monday that this was just the latest in a series of “looting behaviour” at the public broadcaster.

But they were not ready to give up on the SABC, he said.

The City Press on Sunday reported that Motsoeneng had scored himself a bonus of R11.4m, as commission for his handling of the controversial R500m SABC deal with MultiChoice.

But that was just the initial payment, according to reports, as Motsoeneng would receive a total of R33m over three years.

Phamodi said on Monday that this was indicative of the erosion and looting of public institutions across the country. He made examples of state-owned enterprises, SAA and Prasa.

“The board must disclose the terms and reasons behind the bonus. This is a pattern we see in the country and we cannot give up. We may have to take the SABC to court if need be,” he said.

They were currently weighing up their options, he said.

The common denominator in Gupta puppets is senseless defence of Dudu Myeni, Hlaudi, Zupta, and insults to EFF & Adv Thuli! They'll all fall!

“We need to stop the looting, that’s clear.”

‘Slap in the face of the judicial process’

The Democratic Alliance was still deciding on the nature of the court action they would take against Motsoeneng, the DA’s James Selfe said on Monday.

The party announced that it had no option but to head back to court following reports that the former chief operations officer was back at the helm at the SABC.

The bonus, Selfe said on Monday, was simply an aggravating circumstance.

“How could somebody who is not supposed to be working there get a bonus? It’s a slap in the face of the judicial process.”

The party had instructed its legal team to take the reappointment of Motsoeneng as “acting COO” back to court, it said on Sunday.

“This decision is a desperate attempt to allow the Hlaudi Motsoeneng ‘wrecking ball’ to continue his disastrous reign at the public broadcaster.”

On Monday, the African National Congress called on the SABC board to obey the law. – News24