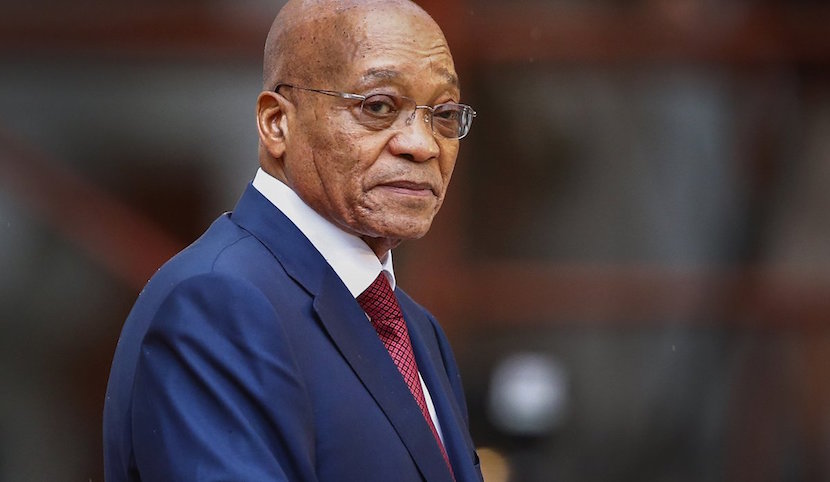 President Jacob Zuma has been criticised for burying his head in the sand as student protest action grows increasingly violent across campuses. In an admission that he has no idea how to solve the crisis or has applied his mind particularly to the chaos sweeping universities, Zuma appealed for ideas from others to come up with possible ways to address the call for free university tuition. As far as he is concerned, the ANC has gone beyond the goals for higher education set out in the Freedom Charter, he said – and the police must continue to crack down on students responsible for violence and destruction. But with corruption and enrichment at the highest echelons of government setting a tone of entitlement, students are unlikely to budge from their demands. As retired Constitutional Court justice Zak Yacoob highlighted in a lecture in Cape Town, government leaders cannot expect students to respect and obey them when they don’t stick to the letter and spirit of the law. – Jackie Cameron

Pretoria – There was no need for students to break down the doors of learning when these were already open, President Jacob Zuma said on Tuesday.

“There is no need for violent protests which give the impression that government is opposed to students,” he told ambassadors and high commissioners at the Heads of Mission conference in Pretoria.

The country’s leaders supported and were sympathetic to the students’ cause. He urged students to allow various groups time to find solutions.

Government needed to ensure that universities completed the 2016 academic year while seeking medium- to long-term solutions.

Zuma urged those in attendance to come up with ideas of how South Africa could resolve the impasse over calls for free higher education.

He however warned those responsible for the violence and destruction of property on campuses. Students should not allow people to hijack their noble cause for the wrong reasons. He asked police to continue doing their jobs at institutions of higher learning.

He said he sympathised with where students were, but violence should never be on the cards.

“Our struggle, apart from Sharpeville and two other incidents, was non-violent,” he said, delivering the ninth annual Imam Haron memorial lecture in Lansdowne.

He said thousands protested peacefully. They were only driven to violence when government banned political organisations.

Read also: Decolonising campuses: What happens after memories of the past burnt? – analysis

Even then, the violence was carefully controlled and it had been important to develop strength through peaceful means.

Yacoob was an anti-apartheid activist and retired as a Constitutional Court justice in 2013, after a 15-year stint.

“Uncontrolled anger has got nobody anywhere in any struggle in the world,” he said.

“Young people have got to control that anger, they have got to ensure there are more gains than loses in every move. Ultimately, the struggle has to be managed with absolute discipline and care.”

He felt they would achieve a great deal more if they got 30 000 students to stand silently in protest for five hours.

“I have not heard a statement from student leaders to say that nobody will be forced not to attend lectures or not write their tests… saying we will make sure that we will provide that protection.”

He felt former Wits University SRC leader Mcebo Dlamini’s comment in court about needing bail to write a test insulted the intelligence of all citizens.

Government and university officials also needed to be honest. They could not expect students to respect and obey them when they were corrupt.

“Their demands would not have been as vehement as they are now if corruption in our society is not so endemic, obvious, and cancerous.”

At the same time, he said it was wrong to say universities were exactly as they were during apartheid.

“The position in our bush colleges was much, much worse than they are today. In a sense, we must learn to appreciate how far we have come before we can make demands.”

Yacoob reflected on the journey the education sector had taken since 1994.

“Nobody has seriously taken stock of what we need to do,” he mused.

“We are wonderfully great at producing white papers. White papers would say wonderful things,” he said to laughter from the half-filled hall.

The problems were very serious and everyone, not just government, had to have a say.

His suggestion was to come together to determine what the needs of the education system were in practical terms.

“It can’t take Einstein to develop a system to deliver textbooks on time or for each teacher at a school to teach properly.”

There was a level at which the State had an obligation to make even tertiary education available to everyone.

He said the State serviced more people today than 1994 and there was every justification to increase tax, if necessary.