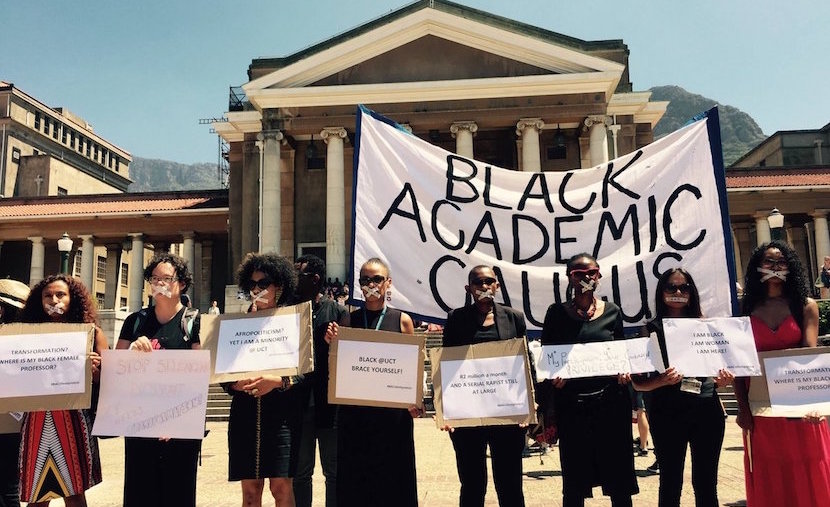 It has proven very difficult for some academics to avoid getting swept up in the #FeesMustFall momentum sweeping South African campuses. Some lecturers, many barely older than the students and others given preference for transformational purposes rather than on the basis of research expertise, have joined the rallying call for universities to be “decolonised”. The term #decolonisation is viewed by many as euphemism for removing anything that looks like it is vaguely connected to a white person. Although apartheid came to an end about three decades ago and universities look different now, for many the changes have not gone far enough. The University of Cape Town’s Black Academic Caucus has publicly stated its commitment to free, decolonised education. But it’s not clear what this will look like or what plans are being put in place to ensure a viable alternative. For Emeritus Professor Timothy Crowe, a scientist respected by scholars around the globe, it is essential for those promoting a uniquely South African university education to adequately fill the void. He challenges these intellectuals to “set out the new ideas/approaches that will deliver solutions that will eradicate the long-standing socio-economic oppression of vast numbers of South Africans”. Crowe is unlikely to get answers based on in-depth research and scientific principles, however, as for now the rallying call looks a lot like extremists taking advantage of anti-white sentiment to further their own careers rather than act in the best interests of society. – Jackie Cameron

What does the University of Cape Town (UCT) Black Academic Caucus (BAC) stand for and what has it delivered? 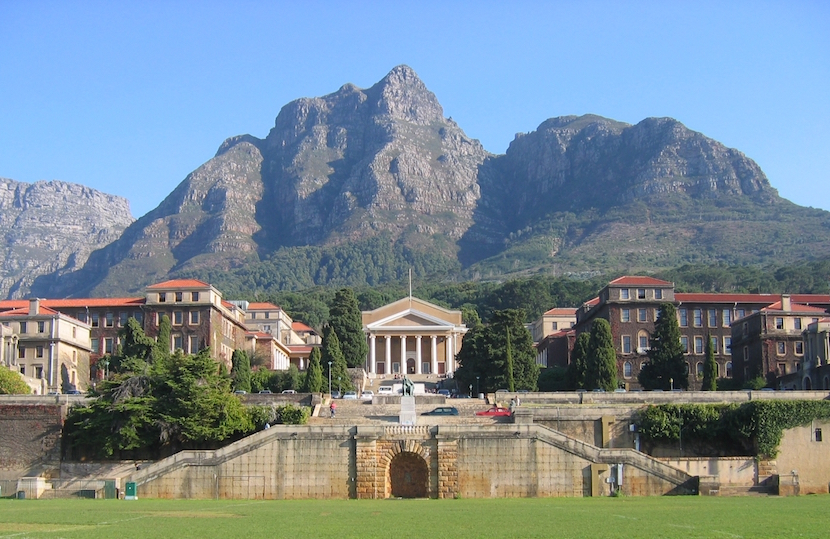 I wish to comment on the UCT Black Academic Caucus (BAC) statement on the intimidation, violence, destruction, ‘negotiations’, ‘decolonization’ and institutional racism at UCT in the order that items are presented.

The UCT Black Academic Caucus believes that the current situation at our universities necessitates a national multi-stakeholder solution. The increasing securitisation and violence on our campuses has become untenable and cannot be resolved through negotiations between the executives and student groupings within individual institutions.

The student movement that began at the University of Cape Town as #RhodesMustFall in 2015 initiated a nationwide, even international, conversation about decolonisation and free education. Students and staff allied to the movement aimed to challenge the institutional racism at our university and open up pathways to decolonisation. The BAC has been an active participant and has provided content to the development of decolonial thinking and practices.

BAC was founded in 2012, with the purpose of challenging the slow pace of transformation that continues to maintain hegemonies and reproduce colonial relations of power. For this reason we have always seen our project as being in broad alignment with the student movement, in particular the call for free decolonised education.

As an organisation, our structure reflects our vision for generating change in key areas, hence our sub-committees target teaching, learning and the curriculum; staffing; research & postgraduate issues; and media & communications. We recognise that whilst some changes are possible in the short term, such as the removing of colonial statues and artifacts, other changes require more time. Hence the need for a strong organisation and the blending of strategies for change. These can be seen in our involvement in protest action together with our participation in institutional structures.

Many of our members currently serve within key structures of the university including council, senate, and university and faculty committees. Our members are also leading strategic initiatives around transformation, such as the university-wide Curriculum Change Working Group, the Renaming of Buildings Task Team, the Artworks Task Team, the Sexual Assault Response Team, and the Mental Health Task team. These task teams represent important and unique initiatives that emerged directly from the demands of RMF, FMF, and other student groupings last year and were endorsed by the office of the VC. Within these positions we are well-placed to recognise the obstacles to decolonisation within the institution and work towards overcoming them. Indeed, we have made some important gains along the way and have become an authoritative voice in our institution.

We have articulated some of the history of our organisation here, to contextualise and clarify our position in the current moment. After 19 September 2016, when the Minister of Higher Education announced that universities would be able to raise their fees by up to 8%, we saw renewed protests across the country. UCT suspended classes and much university business for the best part of four weeks. During this time, BAC members have attended many student meetings and plenaries, participated in meetings with UCT management and played an important mediating role between students and faculty on the various campuses where occupations are taking place. In many different forums, including an open letter to UCT Council, BAC has argued for meaningful engagement to be pursued by students and management, notably through the Shackville TRC, a proposed commission that would provide a political solution to protest activity focusing on a restorative justice approach, rather than simply resuming classes under the presence of police and private security. The latter, we argued, would escalate violent confrontation on our campus as it had at several other South African universities and as we have now witnessed on ours.

We should note here that Shackville TRC was proposed by students in the aftermath of the demolition of Shackville on the 16th February 2016. We encouraged management to take on the idea of Shackville TRC and to see it as a unique intervention that would harness political energies toward the ends of transformation.

As we write this, we have been instructed to resume academic activities with the continuous presence of police and private security, which appears to have become the ‘new normal’ on many of our campuses. In this new normal, precisely what we predicted in our letter to council is coming to bear, as black students and staff are being monitored more closely and in some instances being targeted by those meant to protect. At the same time, BAC does not support the call for a continued shutdown of the university, as we believe it to be against the interests the decolonisation project itself.

We want to state clearly that we support the transformation and decolonisation of higher education, that we do not support or encourage the militarisation of our campus, the arrest and persecution of our students, or any form of violence, destruction of property or intimidation enacted by any group or individual. We are invested in our students and committed to seeing them complete their studies, now or in the future. We will continue to fight for a new university where we are all recognised as valuable humans and not as objects of contemplation whether through race, disability, gender, sexuality, age, nationality, or ethnicity, but this is not incompatible with learning. The consequences of an extended closure of our universities are likely to be devastating for all students, workers, academics, and possibly for the South African Higher Education sector as a whole. 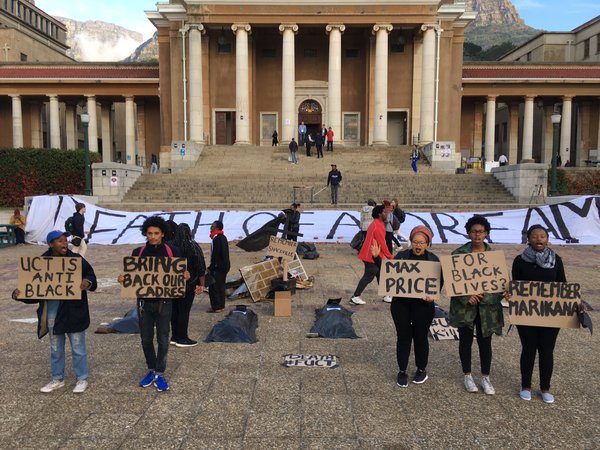 The BAC therefore urgently calls for a national multi-stakeholder engagement on the current crisis. We call on vice-chancellors and the department of higher education to show leadership and provide better solutions that will allow the 2016 academic year to be completed. We see this as compatible with a resumption of mediated negotiations and a re-invigoration of the broader transformation and decolonisation project. In fact we see these parallel processes as the only way forward given the current impasse and the escalation of violence we see happening at both ends of the spectrum. A national restorative approach may be the only way to curb the criminalisation of student protesters, the racial profiling of black students and black staff, and to rebuild many damaged relationships in our institutions.

Students and scholars have worked hard to put the concepts of decolonisation and epistemic violence into everyday discourses and debates, and forced us as a nation to confront the flaws in the narrative of Rainbowism. We see this work of transforming higher education as ongoing, and we commit to continuing to open spaces for the re-imagining of our public universities as spaces of inclusion and African critical scholarship.