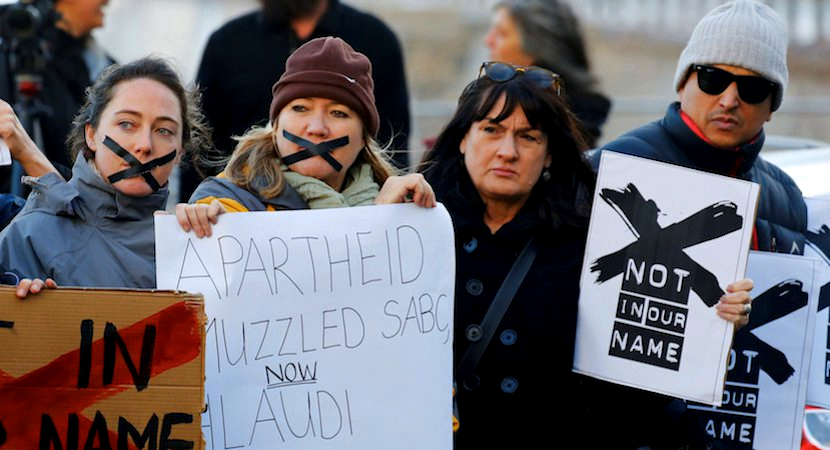 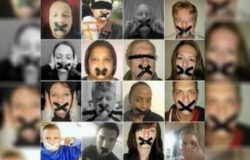 In a country wracked by violent crime, in can be difficult to tell whether shootings and robberies are part of normal daily life. A number of SABC journalists, however, have been targeted with alarming frequency since they covered violent protests earlier this year, ignoring the broadcaster’s requests to keep the news out of the public domain. The SABC is the national broadcaster, but it is also their employer. It axed them, however the journalists were rehired following a legal challenge. But the battle didn’t end there, with the group of journalists taking their fight for freedom of expression to the Constitutional Court. At least one of this group has now gone into hiding following death threats. The journalist has been shot at and there have been attempts to gain entry to her home by disabling the security system. Others have reported incidents that look like intimidation, too, while emails have reportedly been intercepted by sophisticated means. The police are investigating incidents and there has been a call to protect the journalists, who are determined to highlight censorship. President Jacob Zuma has installed allies in powerful positions at the SABC, not least of all Hlaudi Motsoeneng – who has remained in an influential position at the broadcaster in defiance of a court ruling. Not even Motsoeneng can keep the “SABC 8” quiet, it seems. With the ruling ANC steadily losing support amid allegations of widespread corruption, there is a lot to play for. The shootings and death threats surrounding this group beg the question: are we seeing a particularly sinister side of state capture – or are these routine crime cases? – Jackie Cameron

Johannesburg – Despite intimidation and death threats, the SABC 8 on Sunday reiterated their determination to go ahead with a Constitutional Court case probing possible censorship at the national broadcaster.

“While the journalists are concerned about their safety, they remain resolute and determined to persist with the case,” said their lawyer, Aslam Moosajee.

Moosajee has previously been sent text messages containing death threats against certain of the journalists if they do not drop an upcoming Constitutional Court case asking for measures to protect the national broadcaster’s newsroom against censorship or interference.

One of the texts sent to Moosajee targets radio producer Suna Venter, declaring, “We will double what sbc8 backers are paying advice them to drop the case friday or the girl dies call this nr to stop it [sic].”

On Sunday, Moosajee, who is acting pro bono in representing the journalists, retorted that no amount of money could “lure” him to drop the case.

“I believe in their cause,” he said.

The SABC came in for criticism in July when it fired Venter, Foeta Krige, Krivani Pillay, Thandeka Gqubule, Busisiwe Ntuli, Lukhanyo Calata, Vuyo Mvoko and Jacques Steenkamp for speaking out against the broadcaster’s policy to not show footage of violent protests.

Subsequently the eight journalists, who were rehired by the SABC in September following a lengthy Labour Court battle, filed papers at the Constitutional Court asking for the National Assembly to institute an inquiry into the various issues plaguing the broadcaster, including their firings.

This weekend, the Sunday Times reported on various incidents of intimidation and death threats – especially targeting Venter, but also affecting certain others.

The Democratic Alliance has since said it will ask Acting National Police Commissioner, Khomotso Phahlane to give the journalists police protection until the court case is finalised.

#SABC8 We support you. Take this matter to the highest court in the land. Don't be intimated! RT & support. pic.twitter.com/cW8C1NKLij

Detailing the incidents on Sunday, radio producer Foeta Krige confirmed that his caretaker was held up during a house robbery.

According to the Sunday Times, TV producer Busisiwe Ntuli’s home has also been broken into and someone tried to ram into her car while she was in it. Ntuli declined to comment to News24.

Speaking to News24, Venter, who remains in hiding, confirmed the incidents reported by the Sunday newspaper. Acts of intimidation began with threatening messages sent in August and a break-in in her house in September.  However, since October, the number of incidents has increased significantly.

These include being shot at with ceramic bullets while driving home at night, following which a text message was sent saying, “Next time, won’t miss”. In another incident, electric wires on her brakes were cut. She has also been the victim of tyre blowouts and punctured tyres.

Most recently, this Saturday, her car – parked at her secret location – was broken into and goods disturbed, but nothing was taken.

Nevertheless, Venter reiterated that she would not drop out of the court case.

“When [the incidents of intimidation] happen, you are scared for that moment – but if you look at the overall picture, I have to tell myself I will not allow them to terrorise me. And I will not.”

“We will never back down.”

He said all the journalists wanted was for the newsroom at the SABC not be subjected to interference.

A police task team has been established, headed by Lieutenant Colonel Gert Grobler.

“No one has been arrested,” he said.

Venter said that those behind the intimidation seemed “quite sophisticated” in their tactics.

She said, for example, that the shots angled at her windscreen during one incident were accurately aimed, appearing to have been fired by someone well-trained. She said she was saved because the shooter was too far away and she had protective film over her windows.

Krige also said that the case was made complicated by the fact that those involved clearly has certain professional skills such as being able to intercept emails.

The Sunday Times cited unnamed sources as saying the text messages had been identified as coming from the cellphone tower nearest the SABC headquarters in Auckland Park.

Krige suggest one way to determine who was behind the attacks would be to question who might feel the Constitutional Case was detrimental to their interests.

“I question their motives… why be frightened by newsrooms being independent?”