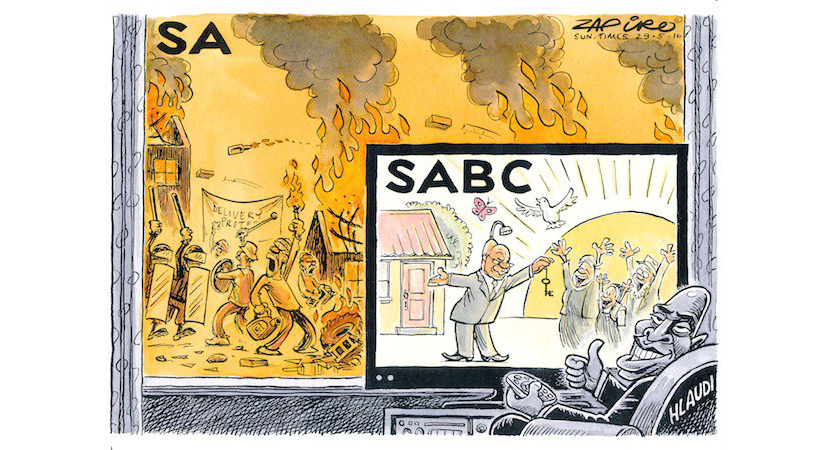 Licence fees used to pay for the South African Broadcasting Corporation (SABC) have been used to pay for business costs that should be for the account of Oakbay-owned media companies. This revelation emerged in Parliament this week where MPs are hearing the details of how the SABC is being run to suit the political objectives of President Jacob Zuma and the financial objectives of his friends, the Gupta family. While it is becoming increasingly normal to see the Gupta name pop up around allegations of state capture, it has not been clear that licence fees – compulsory for everyone with a TV – are being used to prop up the Gupta business. There are stiff penalties for failing to pay annual licence fees, a form of tax levied with a view to enabling the SABC to produce local content relevant for South African audiences. Instead of using licence fees to fund artists, film-makers and others, however, the SABC has been diverting funds to feather the nests of business players and others with their snouts deep in the state feeding trough. This scandal is a reminder that state capture doesn’t appear to be largely about promoting the agenda of a political party; instead, the main objective is feathering the nests of individuals who are politically connected and in Zuma’s inner circle. It’s hard to comprehend the scale of corruption and the abuse of taxpayers’ funds, though the emergence of Atul Gupta as one of South Africa’s richest people – richer even than Remgro’s Johann Rupert – provides a hint of the wealth being amassed. The SABC financial irregularities meanwhile, indicate that corruption runs deep as well as wide. – Jackie Cameron

Calata, who works as a Parliamentary reporter for the SABC, testified before the ad hoc committee on Monday along with SABC 8 colleagues Thandeka Gqubule, Krivani Pillay and Vuyo Mvoko.

During a round of questions, ANC MP Juli Killian asked Calata and Mvoko how the SABC, covered by the Constitution and the Broadcasting Act, could be hijacked by a group of individuals.

“I think within the SABC, it’s an open secret,” Calata answered. “Our understanding is that Mr Motsoeneng has the support of the President.”

He said staff would talk in the office as if Motsoeneng had Zuma’s direct number, or had him on speed dial.

“Also, Mr Motsoeneng has lived up to it, because he has behaved in a manner that none of us can explain, other than to say surely he has the protection or support of someone who is very important, who is very powerful.”

He relayed a story of how Motsoeneng came to Parliament and said if they were impressed that he was earning R2.4m or R2.6m a year, that was “nothing”, because he wanted R10m.

“If I could explain it ma’am, I would tell you, but the way I understand it, and the way some of my colleagues understand it, Mr Motsoeneng has the support of someone no less powerful than the President.”

Mvoko revealed to the ad hoc committee that the SABC is paying for the costs to host the Gupta-owned New Age breakfasts on the Morning Live show.

“What the SABC has not informed you about, is that they have allowed SABC money to be used to build a rival channel, ANN7,” he told the committee.

“Morning Live resources get diverted to pay for the production costs of those TNA breakfasts.”

The money the New Age makes, “not a cent of it goes to the SABC,” he said.

“From the millions they make on sponsorship, the tables they sell at those breakfasts, they do not take any of that to the SABC.”

Both Mvoko and Calata testified about political interference and bias in the SABC’s political coverage.

Calata said on multiple occasions, both his Parliamentary editor Mr Green and acting CEO Jimi Matthews instructed him not to air select footage of the Economic Freedom Fighters.

The footage included now infamous days in the National Assembly, including the birth of the “pay back the money!” chant, as well as Zuma’s appearance in the House following the Constitutional Court’s Nkandla judgment.

In another instance, Calata had covered a sitting of the portfolio committee on communications when then-COO Motsoeneng appeared before it.

He described Motsoeneng’s speech as “incoherent”, and therefore did not put any sound bites in his report. His editor though, insisted they put in a quote from Motsoeneng.

“Eventually, I settled on a sound bite, where Mr Motsoeneng said: ‘The New Age, as you know, they are new, like the new age’.”

“That was the most coherent quote I could use,” he said to exasperated laughter from the MPs.

Calata also said Matthews’ act of resigning from the broadcaster was “cowardly”, given his role in helping to censor unfavourable news while acting group CEO.

He said the SABC office in Johannesburg considered their Parliamentary office as ‘problematic’.

Whenever the president appeared in the House, the broadcast would be controlled remotely by the Johannesburg office, he said.

Mvoko earlier described an incident where he was interviewing the president at SABC headquarters in the presence of Motsoeneng.

Then-head of news, Phil Molefe, attempted to enter the meeting, but was “chased away like a dog” from the room.

Mvoko said there was a time when the leadership at the SABC understood the broadcaster belonged to the people of South Africa and not themselves.

He said the fear of being asked to edit work in a more favourable and positive light often led to self-censorship.

SABC 8 journalist Suna Venter was reportedly shot at while in her car in October. She had also received threatening messages.

Former CEO Lulama Mokhobo on Thursday revealed that she was currently being threatened. She did not want to divulge by whom.

Calata said he personally had not been threatened, which was part of the reason why he was testifying. 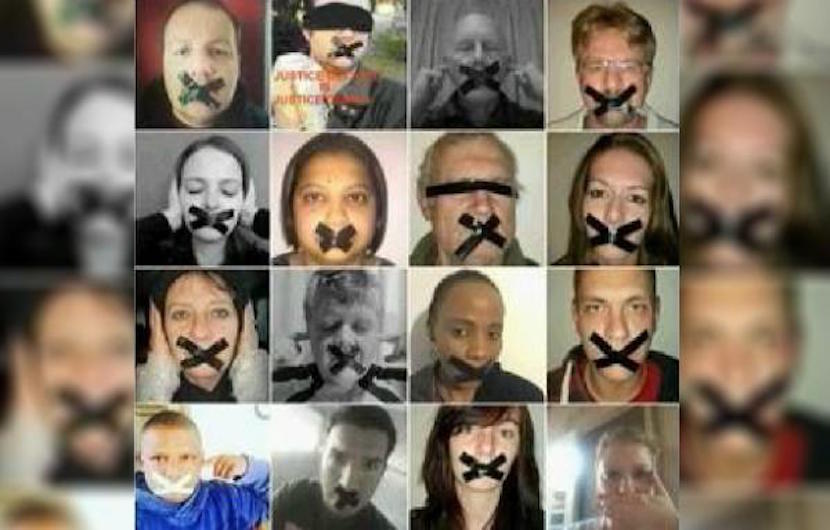 They took a decision as a collective that they would prefer to shield Venter from the possibility of the threats overshadowing the issues plaguing the broadcaster.

He also said most of the threats were in SMS form.

“The one SMS I had seen said, ‘We know that the girl is going to Cape Town. She must stay away from Parliament, otherwise this time we won’t miss’.”

He said that was their way of saying they were watching.

Mvoko reiterated Calata’s point that what is happening at the SABC needs to take precedence over the threats they are facing, as it “comes with the territory”.

MPs apologised to the SABC 8 for their treatment, and for Parliament’s lack of aid in their time of need.

They promised to restore good governance at the SABC. – News24