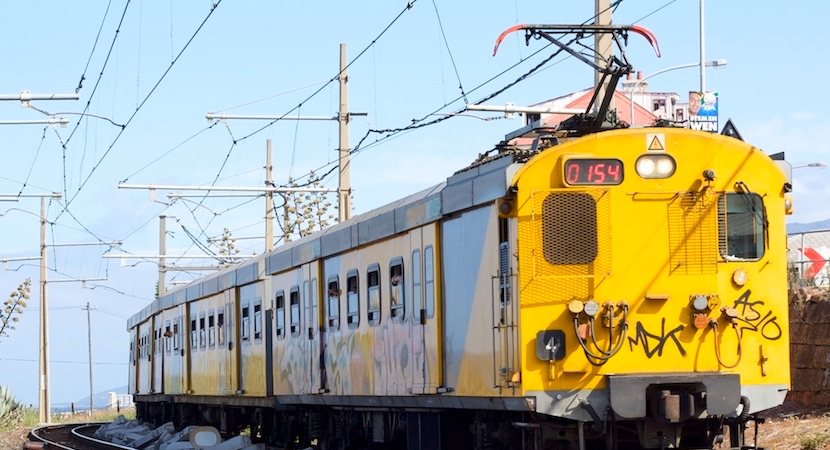 In August 2015, former Public Protector Thuli Madonsela found evidence of widespread maladministration and impropriety in the awarding of tenders worth about R2.8bn at the Passenger Rail Agency of SA (Prasa). Her report, entitled “Derailed”, said there was evidence to substantiate 19 of 32 complaints filed by unions Satawu and the National Transport Movement dating back to 2012. Also highlighted by Madonsela was that: the transactions revealed a culture of “systematic failure” to comply with Prasa’s supply chain management policies; and that there was a culture of hiding information at Prasa. In November, in an unusual stand against greed and graft within South African state-owned entities, Transport Minister Dipuo Peters revealed that there had been some cleaning up going on at Prasa. For example, Prasa chairperson Popo Molefe had repaid R680 000 for extra board meetings that were not approved by the Department of Transport and other board members had also been instructed to repay the remuneration to which they were not entitled. Then it emerged that Collins Letsoalo gave himself a 350% salary increase, pushing his annual salary package of R1.3m to R5.9m. Letsoalo was subsequently sacked and the Prasa board dissolved by Parliament. But the former Prasa board members are not going down without a fight. Former chairperson Popo Molefe has filed court papers to explain why the decision should be set aside. He reckons he needs to stay with the organisation because a decision to remove him may be a political ploy to keep him from facilitating a probe into financial irregularities totalling at least R14bn. Peters is set to respond early this week. If you think the SAA is a hornet’s nest, try Prasa for size. – Jackie Cameron

Cape Town – Former Prasa chairperson Popo Molefe has filed an urgent application to the High Court in Johannesburg to have the decision to dissolve the board of the Passenger Rail Agency of South Africa by the Minister of Transport set aside. Molefe, along with the other fired directors of Prasa, have approached the court to review or declare the board’s dissolution unlawful, reinstate them to their former positions, and prevent an interim board from being appointed.

According to Molefe’s founding affidavit, filed on Saturday, the decision to remove the board members and the notices of removal are “plainly unlawful and must be set aside” to prevent irremediable damage, uphold legality and vindicate public interest.

The board would as a “logical consequence” be reinstated and Transport Minister Dipuo Peters’ “blatant unlawful conduct and failure to reverse course or engage with the applicants timeously” warranted a punitive costs order, Molefe’s court papers read.

“The public’s interest in Prasa and the make-up of the board and the need for proper corporate governance is underscored by the investigations conducted by the offices of the Public Protector and the report of the Auditor-General in 2015, which uncovered irregular expenditure at Prasa.

“As a result of these findings, and in terms of its obligations under the [Public Finance and Management Act], the relevant directors conducted an internal investigation in Prasa,” the court papers stated.

“This investigation has, to date, uncovered the true extent of fruitless, wasteful and irregular expenditure at Prasa totalling at least approximately R14 billion.”The minister’s action, he argued, interferes with the ongoing probe and “may be an effort to frustrate the successful outcome of these investigations”.

“The removal of the relevant directors clearly threatened the constitutional principle of legality, the operations in Prasa, the values of transparency and openness and the continued viability and finalisation of the Prasa investigation.

“The removal of the directors also erodes the institutional memory and intimate knowledge of these investigations and the cases against individuals and companies involved.

”Following the resignation of Lucky Montana as group chief executive officer in July 2015, an acting GCEO was appointed and the directors in February 2016 submitted a list of preferred candidates to the minister, the affidavit reads.

It was believed that a permanent CGEO would help stabilise the agency and improve performance, but despite attempts, the minister could not engage with them, Molefe states.

He said in June 2016, the minister informed him that she “did not believe Prasa was sufficiently ‘stable’” to allow for the appointment of a permanent CGEO and Peters seconded Collins Letsoalo, the then chief financial officer and deputy director-general in the Department of Transport, in an acting capacity.

Letsoalo “seemingly embarked upon a personal campaign to restructure Prasa and enrich himself” by ignoring the Board’s instructions and refusing meetings, Molefe said.

He argued that Letsoalo had attempted to secure a salary of R5.9m per annum from its previous acting human capital management group executive, and when it was refused, the employee was fired without the board’s approval.

He was replaced by one of his predecessors, who had previously been removed from the position in 2015 as “she did not have the appreciation of the human capital policies she was supposed to implement or a sufficient grasp of corporate governance principles”.

In October, she said in a letter to the acting director general of the Department of Transport that the board had agreed to pay Letsoalo R5 986 140.07, to be backdated to his appointment date.

This 350% increase in salary, Molefe said, was never approved by the board as he was entitled only to a 12% secondment allowance.

“As a result of the unlawful increase, Mr Letsoalo was paid over R1.3m by Prasa before the board became aware of his machinations in February 2017.”

The board obtained legal advice and unanimously decided to fire Letsoalo.

Molefe said the board had previously voted in August to terminate Letsoalo’s appointment at the end of 2016, when Peters informed them that his term was to be extended to April 2017 until a permanent GCEO was appointed.

The board, however, opposed this, but the minister refused to engage with them on this, Molefe claimed.

Following a Sunday Times report on Letsoalo’s massive salary hike, Letsoalo decided to hold a press briefing, despite Molefe telling him not to.

The board unanimously voted to fire him, sending him his termination letter on February 27.

Molefe provided a copy of a letter from the minister in his court papers, dated the day of Letsoalo’s dismissal.

In it, he minister said the allegation in the article concerned her and “it remains of critical importance that they are responded to in a cautious and rational manner”.

She instructed the board to investigate and report back by March 3, but on March 1 Peters said in a letter that the “current impasse and undesirable actions by both the Board and the Acting CGEO are bringing the name of the company into disrepute, and warrants by decisive and urgent intervention”.

She further requested reasons why she should not intervene and take appropriate action to restore good governance and stability, and apparently claimed her previous instruction had been disregarded.

Molefe, in turn, denied this and sent the board’s response by March 3. They received no response, he said.

In his court papers, Molefe argued that the minister had no legal justification to remove the board and took the “drastic step of wholesale removal” without any basis, resulting in the effective “decapitation of the governance structure of Prasa”.

“The minister must, in law, have a lawful and rational basis for taking the decision to remove and the issuing of the notices of removal. The minister cannot simply remove because she wants to do so.”

The directors had not been given notice or reasons for their removal by the minister nor had they been informed of concerns which would warrant their removal, Molefe said.

The inference, his affidavit argued, was that Letsoalo’s removal had led to the decision.

Molefe argued that if the board is not reinstated, it may be perceived that minister is “attempting to prevent investigations being concluded into corruption which may embarrass her and her department”.

He said it may also be perceived that she is punishing the board for dismissing Letsoalo, that investigations into corruption at Prasa will materially be prejudiced, unable to continue or be compromised, that civic proceedings already set down where Prasa seeks to review and set aside contracts worth over R7bn may come to a halt or be compromised, that the Public Protector’s recommendations may not meaningfully be given effect, and that the directors may suffer reputational and other damage.

The urgent application is set to be heard in the High Court in Johannesburg on Thursday.

Peters is expected to brief the media on Monday morning on the developments at Prasa. – News24