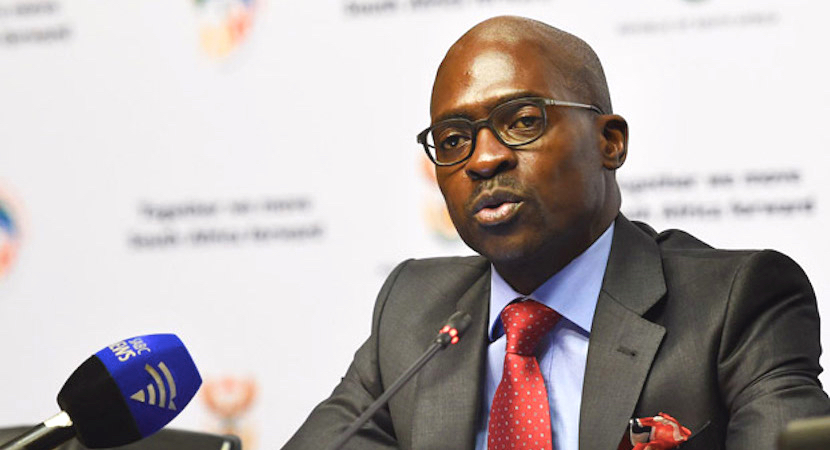 When our new Finance Minister Malusi Gigaba walked into his spacious new office just hours after being appointed by President Jacob Zuma, S&P had already decided to downgrade South Africa to junk status. That’s what he told MPs yesterday. The first downgrade happened before Zuma’s cabinet reshuffle. Shrewdly implying – but not saying – that Msholozi’s decision to fire his predecessor Pravin Gordhan had nothing whatsoever to do with S&P’s decision. Be interesting to hear S&P’s take on that. I’m sure it’s on record. Instead of blaming the downgrade on an arbitrary and seemingly baseless major cabinet reshuffle (baseless that is, except for politically bolstering Zuma), it came because South Africa had long been experiencing slow growth and a depreciation of the rand. Junk status was inevitable. Perhaps. But Zuma’s actions not being a factor? Rubbish. Scapegoats were a Gigaba theme in his testimony to the Parliamentary Standing Committee on Finance. He said none of the radical views of his personal advisor, Chris Malikane represent those of Treasury. So why keep Malikane on as an advisor, one may ask? The other scapegoat was, of course, his fearless leader, Msholozi. – Chris Bateman

“I’ve been consistent and there are policies that underpin what we need to do at National Treasury. At the heart of it is the National Development Plan.”

Gigaba and officials from National Treasury appeared before Parliament’s standing committee on finance about its strategic and annual performance plans, where they were asked to give clarity on a number of issues.

David Maynier from the Democratic Alliance asked Gigaba to clarify the comments his adviser Chris Malikane had made with regard to the nationalisation of banks and mines, and taking up arms in defence of radical economic transformation.

Gigaba the Legacy(based on a true story)

“There is no view to nationalise banks, take up arms, or nationalise the mines. Nobody should worry about that.”

On South Africa’s sovereign credit rating downgrade by S&P Global Ratings, Gigaba said it had been a fait accompli even before President Jacob Zuma’s Cabinet reshuffle.

Responding to a question from Maynier about the fallout from the reshuffle, Gigaba said when he walked into the office on Friday (hours after his appointment as finance minister), S&P had already taken the decision to downgrade South Africa to junk status.

“In my own opinion, we need to be fair. We’ve been in a slow growth environment for a number of years and the depreciation of the foreign exchange has been caused by a number of factors.

“There are various reasons why these things happen. Let’s not seek scapegoats. The first downgrade happened before the reshuffle happened. When we arrived on the Friday, the decision had been taken,” Gigaba said. – Fin24