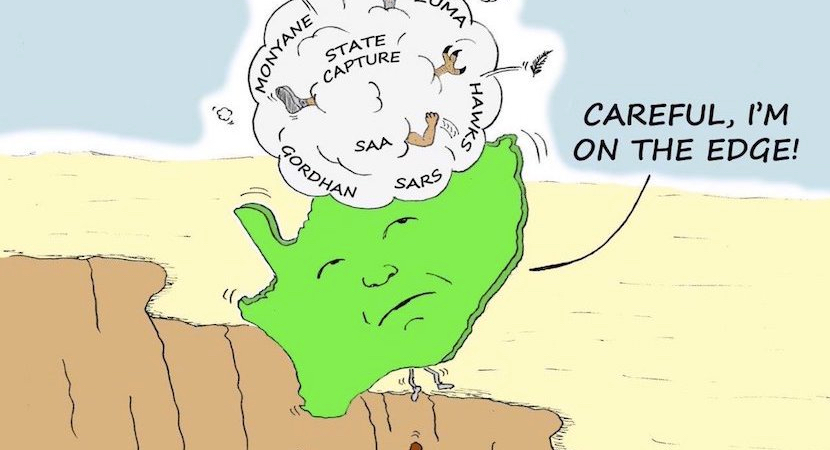 South Africa is living in the twilight zone of mistrust, deep suspicion, claim and counterclaim and only a properly constituted inquiry to probe state capture allegations will settle things once and for all. That’s the bottom line in the DA’s call for a parliamentary committee to probe fresh allegations of state capture which emerged from a tranche of seemingly bombshell emails linking the Guptas ever more closely with key state officials. But yet again, the official opposition comes up against a brick wall, as evidenced by their reliance on most MPs having to agree on establishing such a committee. It’s little different to them calling on ANC MPs to vote with their consciences when the parliamentary No Confidence debate finally takes place. It’s important to distinguish this debate from the failure of the internal No Confidence push at the ANC NEC weekend meeting. That was torpedoed by the consensual decision-making process there. Secret or not, the parliamentary No Confidence motion is a debate, followed by a vote. Not that it will make much difference. Charging Zuptoid party officials criminally may be the only route to go. – Chris Bateman

(Bloomberg) – South Africa’s main opposition, the Democratic Alliance, called for the establishment of a parliamentary committee to investigate fresh allegations of state capture.

The party has asked National Assembly Speaker Baleka Mbete to establish an ad-hoc committee to fully probe the relations of ministers, President Jacob Zuma and the Gupta family, the DA said in an emailed statement. “This request will necessitate a debate in the National Assembly, in which we expect MPs to put South Africa first and to agree to establish this committee,” the DA said.

“The powers of such a committee will include the power to summon any person to come and give evidence, and first of these must be the Guptas themselves,” the DA said. The party also plans to lay charges of grand corruption, undermining of state sovereignty and various statutory crimes with the police on Tuesday.

The Sunday Times and City Press newspapers reported that they obtained emails showing that Zuma was planning to establish a second home in the United Arab Emirates. The newspapers didn’t say where they got the information or how they verified the documents. The papers also said the emails showed the Guptas had aided Zuma’s efforts to acquire residency in the UAE, and proved that they exerted undue influence over cabinet ministers and the management and boards of several state-owned companies.

The Guptas’ lawyer, Gert van der Merwe, said in a statement that the family denies wrongdoing and that the reports were designed “to influence political perception which is another example of fake news.”