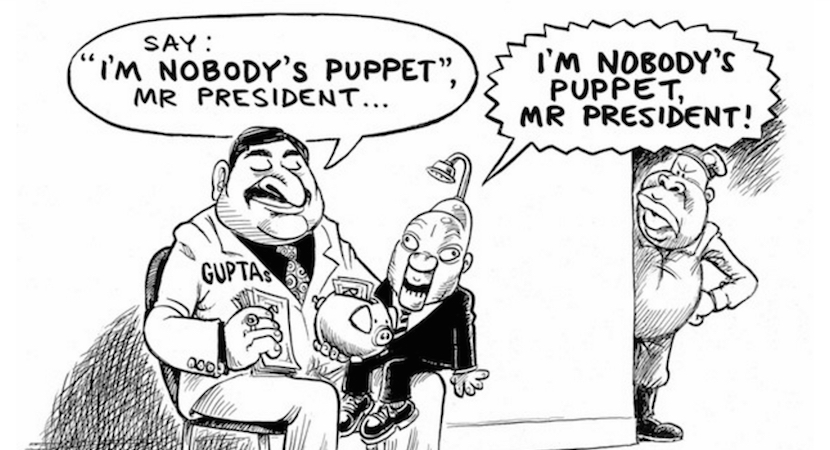 Investigative journalism unit, amaBhungane, and the Daily Maverick’s newly minted investigations team, Scorpio, have revealed today that the leaked Gupta email saga is much bigger than first thought. In a fascinating editorial published on Daily Maverick, the site explains how there is a trove of between 100 000 and 200 000 leaked emails. The whistleblowers are said to face real risks, and Scorpio and amaBhungane say they’ve taken great care in verifying the tip-offs and protecting the leak and its sources. After newspapers published some of the leaks on the weekend – which included a damning revelation about President Zuma seeking a second home in the UAE – it looks like more bombshell revelations are about to drop. The question now is whether a dejected South Africa, which is increasingly disillusioned and powerless amid the Zuma era, will actually do anything about it. Furthermore, will Zupta compromised law agencies act as well. – Gareth van Zyl

Johannesburg – The extent of the Gupta family’s alleged power over South Africa and its leaders could possibly be laid bare when between 100 000 and 200 000 leaked Gupta emails are expected to be made available to journalists soon.

A portion of these emails were leaked to the City Press and the Sunday Times, who broke the story at the weekend. Ongoing coverage of those leaks has continued on News24, City Press and TimesLive. Daily Maverick’s investigative unit Scorpio and amaBhungane said in an editorial on Thursday that they had access to a larger trove of emails and would make them available to many “bona fide journalists”, along with reporting on stories emanating from them.

“Today Scorpio, the Daily Maverick’s newly launched investigative unit, and amaBhungane, the independent investigative non-profit, start publishing stories from a much, much wider trove: a few hundred gigabytes of information containing between 100 000 and 200 000 unique e-mails and a host of other documents,” they said.

“It was our plan eventually to place the full #GuptaLeaks on a platform accessible to the wider media for further investigation.

“We have now brought that forward and placed the full #GuptaLeaks in the care of an offshore organisation which will load it to a secure platform, from where it will soon be accessible to many bona fide journalists, including the Sunday Times and City Press… This information is both too dangerous and too important not to share.”

The publications said they had the information for some time but held back publishing “in the interests of in-depth inquiry and the safety of the whistleblowers”.