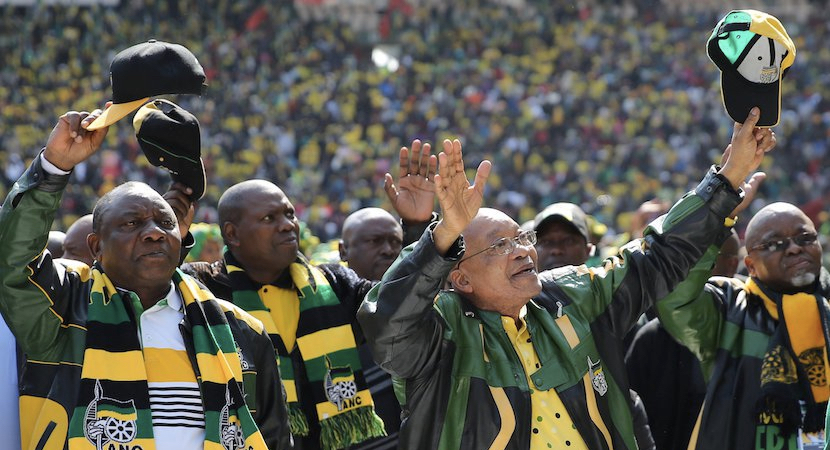 JOHANNESBURG — Politics is playing a huge role in South Africa’s recent economic instability. More so, the battle for control of the ANC is having a destabilising effect on the party and the country. The ANC, as Daniel Silke puts it, faces a stark choice. Either it reforms and puts proper measures in place to boost growth, or its head down the Zimbabwe-styled radical economic transformation route, which really just involves crude redistribution. All roads lead to the ANC’s December 2017 conference and it looks like the bumpy ride is about to get bumpier. – Gareth van Zyl

South Africa’s political economy is experiencing nuanced yet substantial shifts almost on a weekly basis. Three core issues – that of the hapless governance of the country’s state-owned enterprises, the application and implementation of policy and the ongoing Gupta leaks controversies are now beginning to add to the existing divisions within the governing ANC.

Whereas only a few months ago, the ANC’s looming consultative conference largely revolved around personality – today, these three elements are fast becoming an entrenched aspect of the crucial December elective program.

For sure, multiple factions exist within the ANC. The party formations inter-alia the ANCWL, ANCYL, MK Vets, Premier League, KZN Faction et al all have an agenda of their own – usually coalescing around a particular personality. But, as South Africa faces a crisis of confidence in so many aspects of its body politic, a debate beyond personality is emerging.

Over the past few weeks, we have seen how in the case of Eskom, the Executive (Lynne Brown) is now being policed by an increasingly emboldened section of the ANC. Her embarrassing flip-flop on Ben Ngubane was summarily dismissed by the broader party leadership, heralding an important break within the party over executive authority.

And, Ngubane’s eventual exit, triggered as it was by the ANC, reflects the creeping power of the party over elements within its top leadership and Ministerial cadre. Despite President Zuma’s dismissal of Pravin Gordhan and Mcebisi Jonas, the party has been in something of a fight-back mode. President Zuma’s authority to reshuffle his cabinet has shown his technical power. But in the trenches, it’s becoming tougher for those Ministers seen as close to the President to exercise their authority.

This trend has been further exacerbated by the release by Mineral and Energies Minister Mosebenzi Zwane’s Mining Charter that reportedly has also caused consternation within the ANC – at least within the party’s economic transformation cluster. Both Zwane and Lynne Brown are both seen as close to President Zuma and have also been directly or indirectly muddied by the Gupta Leaks scandal.

To this end, we could also add the dismissal of Hlaudi Motsoeneng and the appointment of a new interim SABC Board which is already reversing some of the damaging policy changes at Auckland Park that have largely contributed to the half-a-billion Rand loss in only the fourth quarter of last year. Next in line will surely be South African Airways and its drain on the fiscus.

There is therefore a two-track power struggle emerging. Those that wish to either perpetuate the patronage-based politics of the present or just see little wrong with the present state of affairs, and those looking to reboot towards a more transparent and accountable system of governance.

Increasingly, there is no place to hide for President Zuma and his current cabinet who largely are ultimately accountable for the sorry state of graft, corruption and mismanagement. But, with accountability now largely delayed pending a series of potentially lengthy investigations, it will be left to a group of internal insurgents within the ANC to restore a semblance of trustworthiness and honesty in government.

Increasingly, South Africa looks as though it is ruled by two factions within the same political party. The President and his Cabinet largely oblivious to the extreme economic damage being exacted on an almost daily basis – and an internal wing battling to right the ship.

In speech after speech, Cyril Ramaphosa laments the current state of the party, its leadership and even its policy effectiveness. In a typically oblique manner — largely as a result of him being the sitting Deputy President and candidate for the President Zuma’s job — Ramaphosa is steadily adding to a charge sheet of governmental neglect and negligence. It is a careful strategy that fully acknowledges the depressed state of the nation and calls for renewal.

For Nkosazana Dlamini-Zuma, there is largely silence on the broader issues of a breakdown in governance and credibility. Her campaign increasingly looks as though it simply endorses the status quo and she may find that unless she too becomes more adept at subtle critiques of the Jacob Zuma era, she will largely be labelled as the candidate of brand-Zuma and it’s continuity.

These two big-picture factions are now in a state-of-battle. Patronage versus pragmatic politics is the new game in town until the end of the year. The pragmatists are attempting to steer public opinion through Pravin Gordhan’s calls to mobilise. The patronage-faction just go about their business as if little is wrong.

South Africa’s economy is therefore caught in the middle. It will simply become impossible for the State to manage its own failing cash-cows like SAA and Eskom under the current status quo. It will be almost impossible to reduce the growing differential between government revenue and expenditure so critical to spend on capital intensive and growth-oriented infrastructure and social projects.

Framing the next 6 months in a battle between these two forces is becoming clearer. And all politicians will be forced to take sides. Internal awakenings within the ANC are now beginning to stir and hold executive members to some sort of account. 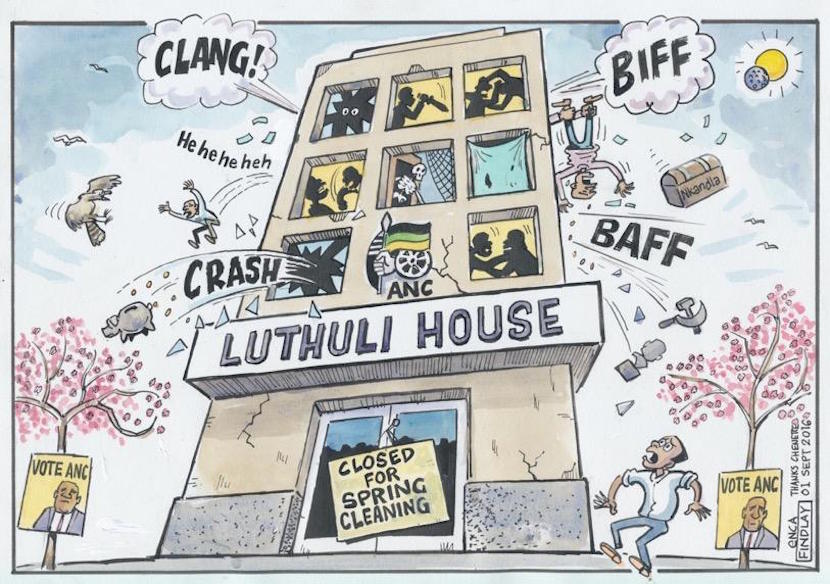 Patronage or pragmatism is now a fundamental point of schism. With patronage new seen to be costing the country billions of Rand, even policy formulation might be to be tweaked. When the state has become so incapacitated in its ability to manage its own affairs, a small but significant drift to a more market-friendly economic outlook might just be on the cards.

Pragmatism in economic doctrine is as critical and a desire to return the country to good governance and restore the brand of the ANC. And those who in the past have been stymied by their own ideological myopia may be forced to bite the bullet and look towards a greater role for the private sector and less vilification of organised business and corporate South Africa.

But patronage is equally attractive to those who have derived benefits. Old habits are hard to break. And eradicating the role of crony capitalism is unlikely to be broken in one leadership contest. It may just be a matter of degree that enhances sentiment if the right side of this battle wins in December.

Still, with stark choices and governance orientations emerging, it’s a risky few months for the country. And, we have not begun the real battles of new policy directions that will bring with it the much-needed inclusive growth and radically positive changes to growth, employment and societal renewal.