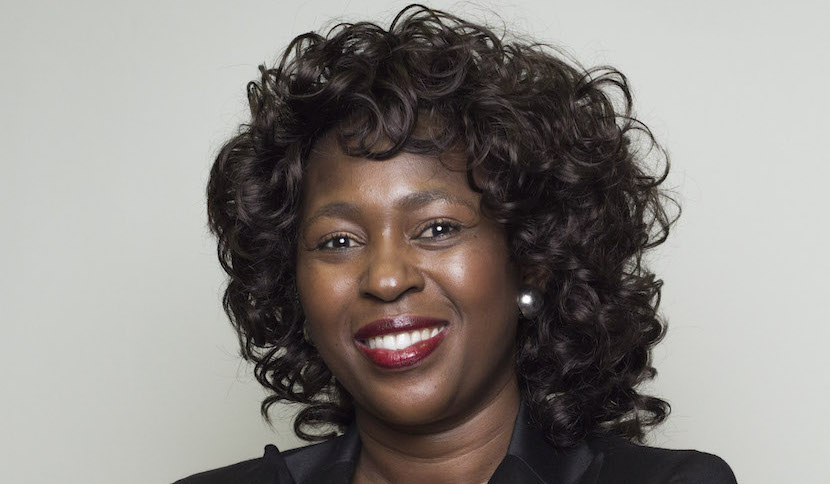 CAPE TOWN — The Zuma-supporting ANC’s torching of democracy was never more blindingly obvious than in its firing of outspoken party rebel Makhosi Khoza as chairperson of the parliamentary committee on public administration yesterday. Executing a credibility-jarring flip-flop, it first threatened to discipline the five ANC committee members who wanted to boycott the hearing preparing to quiz no-show Zuptoid, Faith Muthambi, Minister of Public Service and Administration. Then it cited Khoza’s allegedly insulting them as the reason for sacking her as chairperson. Never were the ANC fault lines more brazenly obvious. Remember why the five wanted to boycott; Khoza’s ‘lack of neutrality’’ as evidenced by her breaking party discipline in attacking Zuma and his corrupt Zuptoids (and obviously her vote to remove Zuma). Minister Faith Muthambi oversees one of the most corrupt and dysfunctional government departments and used Khoza’s party ‘ill-discipline’ as a handy red herring for contemptuously ducking questions from the parliamentary oversight committee. What surely also got up the Zuptoid’s noses was that the committee voted to subpoena Muthambi and her DG – and will try and get them to pay for those who fruitlessly travelled long distances at taxpayers’ expense. It’s the ANC’s crude modern-day equivalent of the old apartheid police sjambok used on protesters. – Chris Bateman

Cape Town – ANC MP Makhosi Khoza on Thursday evening said it’s time for the country to move past the ruling party, barely an hour after she was removed as chairperson of the portfolio committee on public administration.

“What we need in this country right now is to say thank you ANC for what you did, but you were not alone fighting in the struggle… We no longer need the ANC if it does what the apartheid government was doing,” Khoza said.

Khoza was speaking at the Ruth First Memorial roundtable on Dissent at Wits University.

The event was broadcasted by eNCA. Khoza, a critic of President Jacob Zuma, said the ANC she joined “is no longer there”.

“There are those of us who still follow the brand. [I think] we need a healing process to understand that what we now need [is] a new South Africa, a South Africa we collectively designed when we [adopted] the new Constitution.

“I believe it is possible for us to co-exist provided we speak truth to power, we embrace each other and we all [have to] build on what Nelson Mandela, Joe Slovo and Ahmed Kathrada did.”

In a statement on Thursday afternoon, the ANC removed Khoza as chairperson on the portfolio committee on public administration following an “irretrievable breakdown of trust”.

This follows five ANC MPs boycotting a meeting of the committee on Tuesday afternoon.

Khoza is believed to be one of an estimated 35 ANC MPs who voted in favour of a motion of no confidence in Zuma on August 8.

In an interview with eNCA, ANC secretary general Gwede Mantashe said Khoza was removed because she insulted members “of the committee one by one”.

“That’s why we removed her from the committee and not as an MP.”

On Wednesday, the ANC said it plans to discipline at least three MPs who have publicly admitted that they voted in support of the motion of no confidence.

Cape Town – The removal of outspoken ANC MP Dr Makhosi Khoza as chairperson of the portfolio committee on public service and administration is an indication of how the ANC’s factional battles are hampering the work of Parliament.

This is the view of opposition parties after the ANC chief whip, Jackson Mthembu, announced on Thursday that Khoza will be removed due to an “irretrievable breakdown of trust” between her and members of the ANC in the committee.

This is due to Khoza’s “public utterances preceding the motion of no confidence vote in President Jacob Zuma and her continued public attacks on ANC leadership and members of her ANC Caucus who voted against the motion”.

DA chief whip John Steenhuisen describes the axing as “the clearest example yet of how the ANC’s in-fighting is preventing Parliament from doing the people’s business”.

“The message this sends to other chairpersons and office bearers in Parliament is that if they do their job and fulfil their constitutional obligations in trying to force accountability, they will be punished,” said Steenhuisen.

Disgraceful. ANC take zero action against serial delinquents , Muthambi, Zwane and Manana yet are quick to remove Dr. Khoza for her honesty!

The ANC cannot be trusted, not even by their own Members of Parliament he said.

“The ANC leaves delinquents like Bathabile Dlamini, Faith Muthambi, Mosebenzi Zwane and Mduduzi Manana to put the lives and livelihoods of ordinary citizens at risk yet gun for members who had the guts to vote to remove a President who has literally sold our country to the highest bidder.”

EFF leader Julius Malema tweeted shortly after the news broke, “The coward Gwede Mantashe removed Makhosi Khoza as the Chair of the Portfolio Committee. The pig eating its own children, finish and klaar.”

The coward Gwede Mantashe removed Makhosi Khoza as the Chair of the Portfolio Committeee. The pig eating its own children, finish and klaar

In a statement Cope expressed its shock at Khoza’s removal.

Punished for putting the country first

“The continual betrayal of South Africa and its people by the ANC has now reached irretrievable proportions.”

Given Khoza’s continual comments on the ANC leadership, Van der Walt expected that there would be a reaction against her sooner or later.

Another moment when @MYANC has made itself history. About 683 days left till a new government. #MakhosiKhoza will not be silenced.

Nonetheless, Van der Walt is disappointed by the decision.

“It’s actually shocking that you are punished in the ANC when you put the country first,” she said.

Van der Walt is concerned that the committee’s strong oversight role under Khoza might be diluted under a new chairperson. It is not yet known who this will be.

Two days before Khoza’s axing, the committee (minus five ANC MPs who boycotted the meeting because of Khoza) decided to summon minister of public service and administration Faith Muthambi to the committee after she snubbed a meeting where she was to answer to allegations of nepotism and the misuse of funds.

“Under no circumstances must the minister think she will get away,” said Van der Walt.