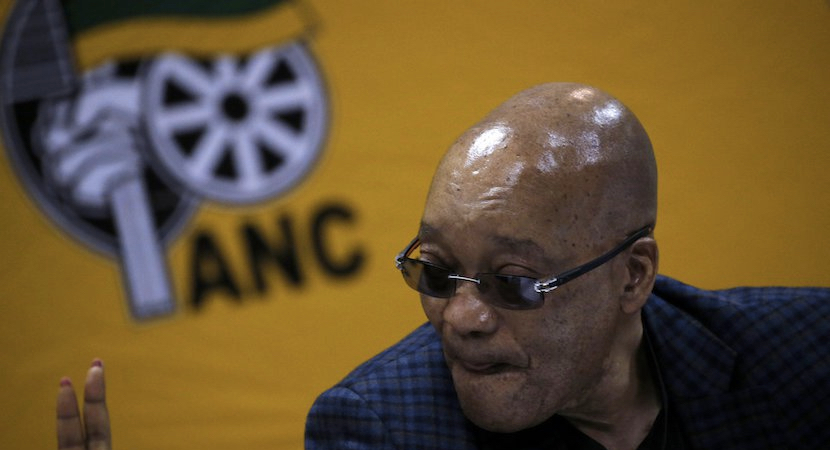 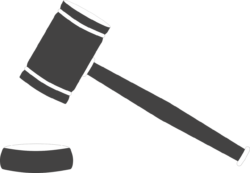 CAPE TOWN — It’s another potentially historic week with high stakes court rulings due and speculation rife about an imminent cabinet reshuffle to accommodate Zuma’s newly re-appointed MP ex-wife, Nkosazana Dlamini-Zuma. Today has already seen the High Court in Pietermaritzburg grant an application by Zuma’s local ANC opponents to nullify a 2015 provincial electoral conference which turfed reformist former KZN Premier Senzo Mchunu. Success in this matter could mean the arch Zuma-critic’s reinstatement ahead of the ANC’s national elective conference and a wholesale provincial cabinet reshuffle. KZN is Zuma’s home turf, one of the provinces vital to the Zuptoid ambition to install Nkosazana-Zuma and hold the dysfunctional captured State fortress. Two other wheels could come off the Zuptmobile on Thursday/ Friday. The DA is asking the High Court to compel Zuma to fulfil his Constitutional duty in carrying out Madonsela report recommendation that a judicial commission be appointed to further probe her damning State Capture findings. Zuma, of course, has filed a review application to set the entire State Capture report aside (due for hearing in October). But Zuma failed to interdict Madonsela’s remedial action, which includes a judicial probe – which is where the DA are attacking it legally. Then the validity of the 783 charges of corruption against Msholozi (Arms-deal linked), questioned after the Supreme Court of Appeal granted Zuma leave to appeal their High Court reinstatement, will be reheard. Should the original High Court turn down the enforced appeal, the charges must be reinstated – as it originally ordered. Question…Would that turn NPA boss, Shaun Abrahams into a koeksister overnight? Sweet potential drama as we’d watch fresh foot-dragging twists and wriggles. Somebody should tape his phone conversations… – Chris Bateman

By Derek Alberts and Mike Cohen

(Bloomberg) — South Africa’s High Court overturned the election of African National Congress leaders allied to President Jacob Zuma in the eastern KwaZulu-Natal province, a decision that could sway the outcome of the race to become leader of the party and the nation.

The decisions taken at the ANC provincial elective conference in 2015 “are declared null and void,” Judge Jerome Mnguni said Tuesday at a hearing in Pietermaritzburg, KwaZulu-Natal’s capital. He didn’t provide reasons for the decision.

The ruling throws into disarray the ANC leadership in KwaZulu-Natal, Zuma’s home region. With the biggest party membership of South Africa’s nine provinces, it was expected to wield great influence over a conference in December to name a new leader. The party is split into two loose camps, one that backs the president and his ex-wife and preferred successor, Nkosazana Dlamini-Zuma, and another that supports Deputy President Cyril Ramaphosa.

The pro-Zuma faction immediately said it would appeal the ruling, which could mean the current leadership, headed by Sihle Zikalala, who ousted Senzo Mchunu in the election, remains in office for the time being. The pro-Mchunu group said the ruling means that the current provincial leadership would have to step down and fresh elections would be held.

“This outcome is a serious game changer,” said Theo Venter, a political analyst at North-West University’s business school in Potchefstroom, west of Johannesburg. “Even if it goes on appeal, the legitimacy of the current leadership is seriously undermined.”

The party’s national leadership will study the ruling before deciding a way forward, it said in an emailed statement. Secretary-General Gwede Mantashe said last week that the outcome of the case wouldn’t delay the December conference because that leadership vote was done by branches rather than provincial structures.

The ANC is in turmoil because of the scandals that have shadowed Zuma, 75, during his eight-year presidency. The Constitutional Court found that he violated his oath of office by failing to repay taxpayer funds spent on his private home. The nation’s graft ombudsman accused him of allowing members of the Gupta family, who are in business with his son, to influence cabinet appointments and the award of state contracts. Zuma and the Guptas deny wrongdoing.

The economy has also suffered, with the nation falling into a recession this year, unemployment at a 14-year high and business confidence close to a three-decade low.

In KwaZulu-Natal, the ANC is deeply divided and probably won’t present a unified voice at the December conference, said Benedict Dube, a political analyst at the Xubera Institute for Research and Development in the eastern city of Durban.

The province has previously been viewed as a Zuma stronghold.

Dlamini-Zuma, 68, has echoed Zuma’s calls for “radical economic transformation” to address racially based income disparities that date back to apartheid rule, while Ramaphosa, 64, has emphasized the need to stamp out corruption and foster inclusive economic growth. Both leaders have called for unity within the 105-year-old ANC, which has ruled Africa’s most industrialized economy since the end of white minority rule in 1994.

While the incumbent KwaZulu-Natal leaders may be able to cling to office until after the ANC’s Dec. 16-20 elective conference, their lobbying efforts may be undermined because they will be seen by some as illegitimate, said Susan Booysen, a political science professor at the University of the Witwatersrand’s School of Governance.

“Their campaigning will have huge question marks hanging over it now,” she said. “This is a very important ruling.”