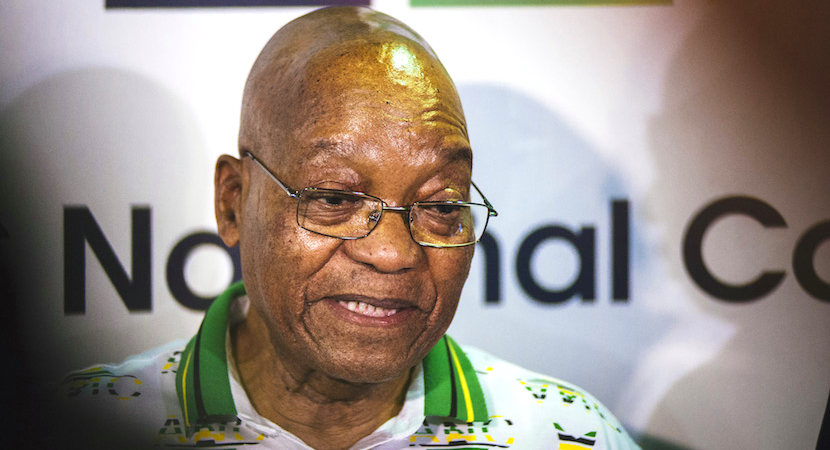 EDINBURGH — President Jacob Zuma is no longer leader of the ruling ANC, but he remains the country’s president. Like Robert Mugabe, he is clinging to power even though his days are numbered. He has refused to step down to make way for new ANC leader Cyril Ramaphosa to run the country. This is because his removal from office leaves him vulnerable to prosecution. There is a body of evidence indicating that Jacob Zuma and his family are linked to corruption and crimes that have entailed ransacking the country’s coffers for himself and his friends, who include the Gupta family and a range of corrupt politicians. Ramaphosa promised to clean up on corruption, so it seems unlikely Jacob Zuma will be offered protection in exchange for moving aside. Zuma is the great survivor and has many supporters in Parliament who may also face prosecution for corruption-related offences – and could easily support him in another vote of no confidence.  – Jackie Cameron

UPDATE: The special NEC meeting scheduled for Wednesday has been postponed. While President Jacob Zuma’s office has also strongly denied rumours that he was going to fire deputy president Cyril Ramaphosa and replace him with his ex-wife Nkosazana Dlamini-Zuma. Zuma’s spokesman, Bongani Ngqulunga said; “The allegations are completely baseless.”

By Sam Mkokeli and Amogelang Mbatha

(Bloomberg) – South African President Jacob Zuma’s future is in the hands of the ruling African National Congress’s highest body after he defied calls by top leaders to resign.

The ANC’s National Executive Committee will hold a special meeting Wednesday to discuss the transition from Zuma’s administration to one headed by the new party leadership elected in December and headed by Deputy President Cyril Ramaphosa, the party said in a statement on Monday.

Zuma, who’s due to deliver the state-of-the-nation address on Thursday, defied calls by the top six leaders to resign at a meeting on Sunday, according to five senior party officials who spoke on condition of anonymity.

Zuma’s response to the leaders was discussed at a meeting of the ANC’s 26-member National Working Committee on Monday, which decided to refer it to the NEC, the party said. Two senior party officials who spoke on condition of anonymity said the party’s top decision-making body would decide at its meeting in Cape Town whether to force Zuma from office.

“This is the beginning of the end for Zuma,” said Theo Venter, a political analyst at North-West University’s business school in Potchefstroom, west of Johannesburg. “He has used up all his options. It remains in doubt whether he will deliver the state-of-the-nation address.”

But why is Jacob Zuma doing this to our movement which he claims to love? Why does he think ANC MPs will listen to him on Thursday when he can't listen to our leadership

While Zuma is due to step down in mid-2019, his nine-year tenure has been marred by a series of scandals and policy missteps. Critics say if he remains in office, the party could lose the electoral majority it has enjoyed since it took power under Nelson Mandela in the first multiracial elections in 1994.

The divisions Zuma’s leadership has exposed within the ANC were evident outside the party’s headquarters in Johannesburg on Monday, where the president’s supporters and opponents staged rival protests amid a strong police presence.

Since Ramaphosa became the ANC leader, the rand has been the best performer in the world, with investors expecting that Zuma would be replaced early and that the new administration would do a better job of managing the economy. The currency was 0.5 percent stronger at 12.0272 per dollar at 9 p.m. in Johannesburg.

If Zuma refuses a call by the executive committee to resign, it could organize a caucus meeting in parliament to discuss ways to removing the president, such as bringing a no-confidence motion or supporting one from the opposition.

Zuma, who’s survived numerous efforts to remove him from office, faces the first no-confidence motion — brought by the opposition Economic Freedom Fighters — in parliament on Feb. 22 without being head of his party.