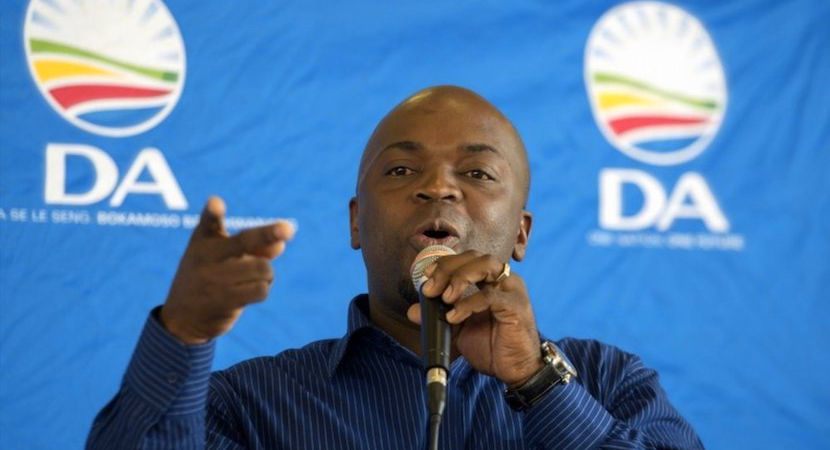 JOHANNESBURG — Almost two years after the historic 2016 local government elections – in which the ANC slumped to 54% support nationally and lost several large metros – political turmoil is starting to become the name of the game for several fragile ‘coalitions’. The exit of Athol Trollip as Port Elizabeth mayor is sure to set off further instability in cities such as Tshwane, especially as a similar fate potentially awaits the DA’s Solly Msimanga. What’s adding fuel to the fire is that Msimanga is facing off allegations around a tender scandal, making his continued stay in office quite ANC-esque. Interestingly, the EFF – which is a kingmaker in hung metros – says that Joburg mayor Herman Mashaba is safe for now. One wonders how long that thought will hold as we head closer towards the national election… – Gareth van Zyl

(Bloomberg) – A pact that enables South Africa’s main opposition party to rule the capital, Pretoria, may be under threat after the Economic Freedom Fighters said its backing for a Democratic Alliance alliance mayor was contingent on it selecting the right candidate.

Athol Trollip, the DA mayor of the coastal city of Port Elizabeth, was removed by a motion brought by the EFF on Monday and the same fate awaits Pretoria mayor Solly Msimanga, EFF leader Julius Malema told reporters Tuesday. His comments highlight the fragility of cooperation agreements between the parties opposing the ruling African National Congress in the nation’s biggest cities.

If the EFF chooses to collude with ANC, in the motion of no-confidence, it will be a clear demonstration that they support and stand-by corruption and wrong-doing.

The party is “ready to give Tshwane to the DA again, but let them bring a credible person,” Malema said, using the name for the municipality that includes Pretoria. “In the absence of any candidate, we won’t vote, we will abstain.”

The ANC said it will bring a motion of no confidence against Msimanga on Thursday.

The five-year old EFF is the third-largest party on national level and struck deals with the DA in 2016 to take control of Pretoria and Johannesburg, the economic hub, from the ANC. The EFF won’t vote to remove the DA’s Herman Mashaba as mayor of Johannesburg, Malema said.