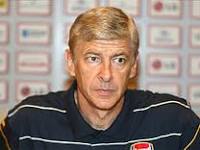 Guillotine for Arsenal’s Arsene Wenger?  Why it just won’t happen – Part One

The biggest story in Sports right now is speculation one of the most successful football managers in history will be fired. Arsenal’s long-serving French polymath Arsene Wenger is accused of having lost the plot. My research unearthed a fascinating tale and seemingly forgotten facts. Here’s Part One.

Let’s start with the biggest reason why the speculation is off the mark. He’s called Stan Kroenke. According to the 2012 Arsenal Plc annual report, 65-year-old Kroenke owns 66.8% of the football club’s shares. So whatever the emotional arguments raised by some well intended fans, retired footballers-turned-columnists and other Wenger detractors, the person they would need to convince lives in Colombus, Missouri. He’s the one who calls the real shots at Arsenal.

And apart from being one of Wenger’s biggest fans, Kroenke is simply not given to impulsive decisions. A key to accumulating his kind of wealth is an ability to divorce emotion from facts. He’s invested over £400m to buy his Arsenal shares. A significant sum for anyone, but there won’t be any bank manager calling if the fortunes of this spendidly run club suddenly reverse. Forbes magazine tells us Kroenke is the 92nd richest American with net assets of $4bn. And that’s just the half of it.

The multi-billionaire is self-made, having built his fortune through property developments, many of them associated with the family business he married into. His wife of 38 years, Ann Walton Kronke, is the niece of WalMart founder Sam Walton. The closest thing to American Royalty. Other members of her family more closely related to the late Sam occupy positions 6, 7, 8 and 9 on the US rich list. More importantly for the Arsenal story, Ann is also into sports, having met her man on the ski slopes of Colorado. The WalMart inheritance makes her even wealthier than her husband; she’s the 79th richest American. As a couple their net worth is $8.5bn which, together, pushes them to just outside the top 40 and a few dollars behind Facebook’s Mark Zuckerburg and media mogul Rupert Murdoch.

So in the Kroenkes, Arsenal has owners with the solid family wealth other sports clubs dream of.

Stan Kroenke is also emotionally invested. A sports nut, he was named after two Hall of Famers from his native St Louis Cardinals baseball team. Kroenke has ploughed a big part of his profit from property into a massive sports empire, reputably the biggest on earth. Between himself and son Josh, apart from Arsenal, they own teams in the top tier of American football (St Louis Rams); basketball (Denver Nuggets); ice hockey (Denver Avalanche); lacrosse (Colorado Mammoth) and, the team where the Arsenal connection began, US soccer’s Colorado Rapids.

There’s been media speculation that Kroenke is lining up Arsenal for a sale. Such comments reflect limited appreciation of the kind of leader grown in the Mid-West of America. Like another famous billionaire from the Bible Belt, Omaha-based Warren Buffett, the average holding period of Kroenke’s sports investments is “forever”. He loves telling doubters: “I’ve never sold a share in any of my teams.” Indeed, it’s more likely that he’ll creep his holding up to 100% than bale out. So any thoughts of him abandoning Arsenal are fanciful. Fuelled, perhaps, by Roman Abromovich-wannabe, Russian Alisher Usmanov, whose initial bid sent the Arsenal board to Kroenke in the first place.

The more digging I did into the low profile Kroenke the more I warmed to him. Dubbed “Silent Sam” by the UK media because of his reluctance to grant interviews, he reminds me so much of Buffett, a man whose life I’ve studied. The man whose common-sense approach to life and money draws 40 000 people to his company’s annual general meeting in Nebraska, myself included. They share Mid-Western values like loyalty, straight talking, maturity and consistency. Indeed, Kroenke looks to me like the anti-Abromovich whose trigger happy approach to the football business has seen him hire and fire eight (or is it nine?) Chelsea managers in the past decade. Wenger, by contrast, has been running good ship Arsenal since 1996.

Easily the best piece about Kroenke I came across in my research was written for The Telegraph by Jeremy Wilson. He travelled to St Louis to spend three hours with Kroenke and wife Anne. Even if you care little for sport, the article is well worth reading as it exposes the 65 year old multi-billionaire for what he is: curious, excited, balanced and full of life.

Significantly, Wilson’s interview was conducted at the end of September last year when similar displeasure was rife around Wenger’s role at Arsenal. I’ve repeated a few excerpts from his article below to emphasise the only attitude towards the manager which actually matters – Kroenke’s. Having read this and everything behind it makes it inconceivable that one of the greatest football managers of all time is about to be dumped. No matter what some pundits would have us believe.

Excerpts from The Telegraph’s piece by Jeremy Wilson, 30 September 2011:

“You know something,” he (Kroenke) says. “Arsène is one of my favourite people I have met in the last 20 years. He is a great person and I love the way he handles himself. I love his focus. He is a very intelligent guy. You can talk to him about anything and, when he starts talking to people, I really love to listen to him. He should hold seminars he is so good at it. I have tremendous confidence in him. He is one of the great managers in the world.”

Kroenke also discloses a conversation involving Billy Beane, the famous baseball coach whose life story is the subject of bestselling book Moneyball and a new Hollywood film in which Brad Pitt plays the lead role. “Billy Beane is a very famous guy in America,” Kroenke says. “And do you know who his idol is? Arsène Wenger. No kidding. You know why? His ability to spend money and extract value. That is what it is all about to be successful in pro sports.”

While we are talking, the (Kroenke-owned St Louis) Rams are succumbing to a crushing 37-7 loss and it is fascinating to observe at first-hand Kroenke’s body language. He is fiercely competitive and defeat clearly hurts immensely, yet there are no individual recriminations or sweeping judgments. Kroenke’s wife remains unerringly friendly and down-to-earth despite the on-field disappointment. The Rams’ head coach, Steve Spagnuolo, later tells me that he would not want any other owner during this difficult patch.

It is obvious that there is a particular focus on the longer-term picture with all of Kroenke’s sports teams. He cites the stadium, the academy, the opportunities for commercial growth and the introduction of financial fair play as reasons that Arsenal will compete with any club in the world: “We did have lots of different opportunities presented to us to invest in European football. I didn’t have the motivation to do it until Arsenal. Arsenal helps me learn over here and I think what we have learned over here helps Arsenal. That’s what motivates me. I like that part, to think we are all growing and learning.”

“We are long term,” he says. “Look at everything we have done. There were a lot of shareholders who loved Arsenal for half a century or more, who wanted us to step up and spend hundreds of millions of dollars to keep this thing stable and protected. We did that and we did that honestly. Some people want their private benefactor. I don’t think it is sustainable. We have a self-sustaining model. We are committed to that model.”