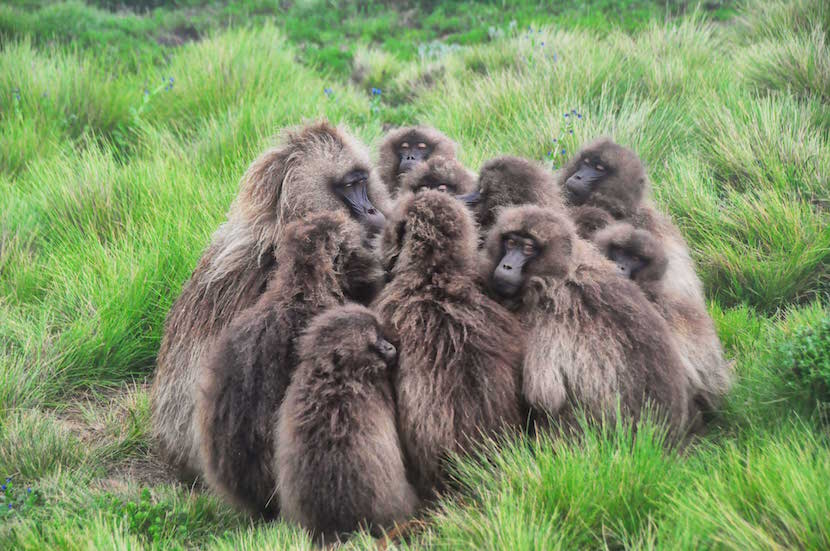 Evolutionists may disagree, but it would appear there’s a connection between conservation and condoms, judging by a predilection among a troop of baboons in the Western Cape. A BizNews reader pointed out that SANParks takes the servicing of ablutions seriously, certainly at its Nature’s Valley facility near Tsitsikama along the Garden Route. Its service protocol extends to the provision of condoms to the campsite’s ablution facilities. These are no ordinary condoms, but the flavoured kind that had some unintended consequences. It would seem the resident baboon troop raided the toilets and made off with the tasty condoms. The prophylactics, it is assumed, were not destined for its intended purpose, but to satisfy an oral fixation among the Nature’s Valley primates.

Where there is smoke …

Sunset industries have a reputation for blowing smoke and waving mirrors to deflect attention. In this instance, tobacco company Philip Morris South Africa has the cheek to endorse the Consumer Goods Council’s newly-launched Illicit Crime Hotline to combat under-the counter trade in South Africa. What PMSA doesn’t say, is that its “illicit trade” concerns are limited to fellow fag makers who do what they do – scalping the poor sods addicted to their cancer sticks.

KZN premier Sihle Zikalala deftly sidestepped the clamour for clarity on the province’s dodgy Covid-19 spend. Instead of lifting the lid on the provincial education department’s allegedly crooked contracts of R492.6 million, or the R43.3 million in suspicious PPE deals, including a whopping R21.1 for blankets by the department of social development, the premier unfurled a list of the ownership of companies that had landed coronavirus contracts. In short, of a total of R2.1 billion‚ 38.4% (R810 million) was spent on African-owned companies, 29.6% on Indian companies, 1.8% on white businesses, R31 million on companies with owners “showing a mixed racial profile”‚ which apparently is not the same as coloured-owned companies (R10 million), and R9.7 million on Asian-owned enterprises, that are distinct businesses owned by people from Indian extraction. Regrettably, Zikalala’s meticulous racial profiling did not flush out the skebengas who allegedly compromised R493 million, or a whopping 25%, of the spend. Tax payers are waiting with bated breath …

Tesla’s autopilot is a snooze

There’s some self-driving Teslas in Canada whose drivers are rubbing up the Mounties the wrong way. In one instance, the police stopped a speeding “traveling over 140km/h, with both front seats completely reclined and both occupants appearing to be asleep.” In another, a driver was charged with reckless driving for flossing his teeth with both hands in a car traveling at 135 km/h. Two months earlier a Tesla was spotted driving on the wrong side of the road – without a driver.

Read also: From Alec Hogg: The Tesla conundrum – Elon will keep surprising us