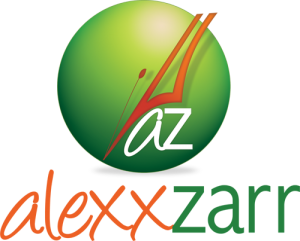 It is about our unfinished business.  We need to sort it, now or never.  Like that clever chap Einstein said, if doing it one way does not solve a problem, do it another way.  We’ve been talking for twenty four years (or is it more?) about the same old stuff. Eish.  This is one of the great weaknesses of stilted compromises; everyone ends up unhappy, and regretful of having given up too much for too little.  The only worthwhile compromise is if you get more than you give up, much more so that time does not dust the memory.

Enough.  I have a new way.  It must be the one we all want, but just don’t care to say so.  Those consultant types would refer to the ‘elephant in the room’ that we must confront, face up to, and deal with.

Action is what we require.

The action is a little old war.  This will resolve the mire we’re stuck in.  It need not even be a big war.  A little one will surely do the trick.  Big ones are better, for the spectacle, for TV, for the history books, for the ones who make money from hostilities, and perhaps the victors.  But, I’m convinced we don’t have the appetite for a big ‘un.

Oh we may think big, especially if it is only our side doing the killing, but when the dying starts, we may opt for the little one.  You see, when the corpulently connected politicos, their couch potato uncivil servants, a coterie of the chattering classes, the chubby corporate chaps and armchair combatants are unable to outsource the dying, they may lose heart.  When they see their own cholesterol coated blood gushing, and their subsidised lunch spilling from blasted guts, they may call it off.  But who knows?  These things all tend to start little, but end big.  There is no end to our wisdom.

Oh yes, war will rectify our compromises.  Killing, blood and guts, mass murder, destruction – they all settle the kind of dust that clogs our advancement into the Promised Land.  A good old backyard barney will determine who is boss.  No more ambiguity from round table jaw-jaw.  No clear winner, or loser, is terribly messy.  Even if no one really wins, wars do give entitlement to someone, rather than everyone (maybe?).  Clearly, we cannot deal with complexities of diversity, so let’s do it the simple way; let’s spill blood.

Here is my plan; what we need to do, is to start on a clean sheet.  We draw up a list of grievances, things we are grumpy about, that we reckon we did not sign up for when self-appointed negotiators sold us down the river.  This list will be our call to arms, the reasons why we are willing to kill, and of course die.

Here is a taste of the list I have in mind.  In no order of general importance, but I reckon these will get a lot of votes.  There is the LQ.  That is the Land Question.  What land belongs to whom, and how the dickens do we unbake this tart?  Too difficult.  Let the wounded winners gulping for air atop the smoking ruins decide.  The winner can get it.

What about workers’ wages, and bosses benefits?  Let’s call it the RQ – the Rewards Question.  Handshakes in Kempton Park did not adjust the wage gap between erstwhile non-citizen labour and owners of kapital.  The old economic model can surely not apply now.  And although we admire the politics and economics of Mao Zedong’s inheritors, god forbid that we apply their labour-rightless system of work, work and work some more for a few Do$$ars less.  The free to print money model is also not happening for too many.  This is where local CEOs deserve to earn as if they could be running Google tomorrow, even if they are business bureaucrats and have invented nothing but a new share scheme.

Gridlock, standoff, call it what you like – we’re not moving closer anytime soon.  Guns, tanks and machetes should chivvy us along.

Ah, and what about the Pigment Question a.k.a., PQ?  Pink is not good.  Brown is better.  Black is best.  But not too Black, lest one be accused of being from north of the Limpopo.  These colour schemes either shut doors, open them somewhat, perhaps halfway, or all the way if you’re Black and Connected.  Here are the possibilities.  There are about 1 500 000 Pinkies who are employees.  I ignore counting in Pinkies who are cosmetic surgeons, criminal lawyers, Airbus pilots and the sundry who we all desperately need to keep doing what they do.  For the rest, we can set them free from traffic jams, moronic meetings and paying bills by replacing them with better colours.

Those with jobs don’t mind giving them up, but don’t care to give up the money that pops into their bank accounts every month.  Those without jobs?  They would like to join the Consumer society.  We have an impasse.

You get the point?  Add your items to the list.  They can be social, political, economic, and religious – whatever bothers you about our compromises.  May I remind you how important the religious one is?  Oom Jan arrived with more than the Dromedaris and a bad attitude.  There was a Bible someplace – no doubt about it – as well as booze and a stiffie in his breeches.  King Shaka must have believed in something other than himself, and then the Hindu’s arrived with a deity or two.

Once we have our list, I reckon a pretty long one, we draw two columns – a left and a right, a no and a yes.  Each of us then marks a tick alongside the items for which we are willing to kill and die for.  Do remember, it is about dying too, there will be a killer and a corpse, you could be either one.  In most wars it is not clear what people are fighting about, at least here we’ll know, our list will tell us.

The next step is to know who is who.  In other words, who’s on our ride, and who is  not.  Uniforms are good identifiers, they lower fratricide – that is the big word for killing your own side.  Wars like uniforms.  Killing and dying are better in a uniform, we get medals, honours, and special burial places.  So, I reckon we toss a coin to decide who gets blue or green fatigues.

Finally, before we can get going with the wet work, we must select our weapon of choice, or whatever we can lay our hands on.  The licensed and unlicensed guns can emerge from under pillows, forgotten safes and grubby holes, wherever they have waited for this moment.

If it is at all possible, see if you can lay your hands on your well-spent taxes – Gripens, Hawks and Rooivalks parked along dusty runways, or submarines and frigates lying in dry-docks.  These can do big damage, if you can find fuel, bombs and technicians to make them go.  These killing machines could win the little war.

If all else fails, machetes have been known to kill a million people in no time at all.  For those with weak stomachs, close up killing is ill-advised.  It is ugly.  Get a gun.

When the start whistle blows, or whatever signal starts wars, get on with it; fast fast.  The winner is normally the one who kills more than the other, or is left standing when the others have all fallen down.  However; a word of caution.  Despite the uniforms, you may kill or be killed by your side – you wife, your brother, your neighbour, your boss or gardener.  Even the erstwhile friendly green-grocer could have you in his sights.  You see, they may have chosen a different colour uniform, a different set of things for which they are willing to die.

But hey, if we cannot settle our differences, what other option do we have than to do this thing.  We should have done it in the beginning, and then we would have had it all – well, one side would have.  There would be no need to share anything with anyone; no compromises.  Compromise is sin.

Forget about economic CODESAs, red-overalled, pot-bellied parliamentarians, botoxed faces or any other balderdash.  Let’s get it on.  Surely the advice of philosopher J S Mill is perfectly apposite for us: War is an ugly thing, but not the ugliest of things. The decayed and degraded state of moral and patriotic feeling which thinks that nothing is worth war is much worse.

I say, let us join all the other smart people – in Ukraine, Sudan, Palestine/Israel, Libya, Syria, Afghanistan, Nigeria, Iraq (how long is a list?) – who have given up talking with each other, who have drawn lines across their lands and ideas, and have begun to murder each other.  If we cannot live together, there are other options…

Will a little war, a little killing and dying, make us settle our differences?