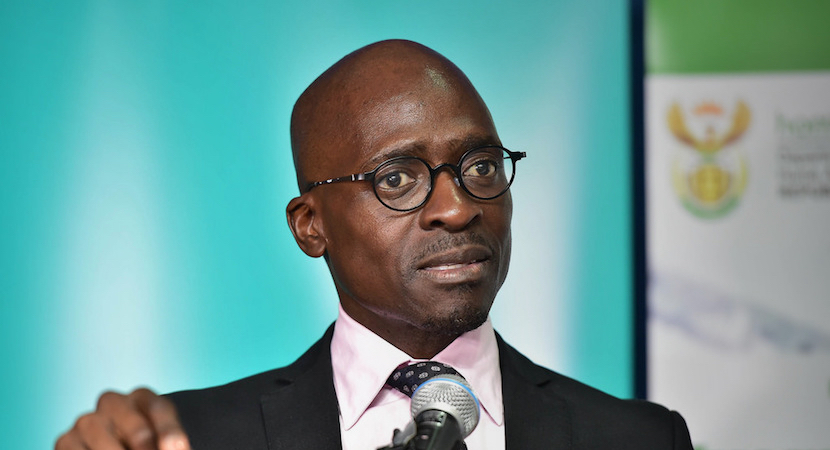 JOHANNESBURG — With tax season upon us, you may be finding it increasingly more difficult to justify filing your tax returns, especially with almost daily revelations of the Zupta state capture unravelling. In this letter, a fed-up, 66-year-old South African vents his frustration in having paid taxes all his life. He’s particularly unhappy with the growing levels of corruption and the lack of accountability. He has some strong words about the situation. Government will have to start cleaning up its own house or risk a tax revolt… – Gareth van Zyl

I keep abreast of South African politics via print media (including BizNews, Daily Maverick #GuptaLeaks), radio, TV including regular viewing of the Parliamentary channel (DStv Channel 408). Before I go any further, do yourself a favour and go to Gupta-leaks.com. There you will find SA’s Rogues Gallery, you included!

As Minister (previous portfolio) you were the one responsible for granting the Gupta’s citizenship, all due to their ‘massive’ initial investment of R25 million. Their return on investment is spectacular given all their underhanded / corrupt deals with ESKOM, PRASA / Transnet/ SAA and Number ONE and /or Duduzane (the APPLE didn’t fall far from the tree!!!!).

YOUR ANC Government is a DISGRACE!! Any voter with an inkling of a brain will kick you in the posterior!! Subscribe to ZAPIRO and see the ANC’s deep introspection (the ANC with its head up its own ass).

So much is going on that it is pretty difficult to keep up with events.

The latest expose being Solly Mapaila (SACP) telling us that Number ONE is a liar…that in fact he did use a fake intelligence report to fire Pravin and Jonas. Let us also not forget Bell Pottinger’s role in their firing as well as enhancing the image of the Guptas, Dudu and his daddy, ANCYL and BLF!!

Does the thick skinned lecherous Number ONE not know that perjury is a serious offence? But then his ‘get out of goal card’ Shaun Abrahams ensures all is swept under the carpet! And that gutless Society in KZN will not investigate Hulley!? ([email protected]; (Gigaba’s Secretary’s e-mail address)

To put it bluntly, I am dismayed and disgusted at the blatant lies, cover-ups, corruption, cronyism, nepotism and wasteful expenditure (Zuma’s 5 wives and concubines -Mbete? dumb dumb Dlamini? Myeni? Mogano? Sithole?)Included. God knows how many children, both legitimate and illegitimate, (including Duduzane’s) and Number ONE’s we South African tax payers are supporting!

Read also: Malusi Gigaba on tax season 2017: ‘Pay to Caesar which is due to Caesar’

Number ONE has surrounded himself with lackeys and yes men in a spectacular endeavour to cover his backside!! Shaun Abrahams is a DISGRACE and a shining example of a grossly incompetent boot licking lackey!

All you have to do is listen to the garbage former Minister of Police spewed when he was tasked to investigate the amount Number One was to ‘pay back the money’) in respect of the Nkandla spend on upgrades. Remember the fire pool and chicken coop security feature? And the imbecile is sticking to his guns! What an incompetent nincompoop he remains!!

Thank God for Opposition Parties (and in particular the Judiciary) taking the matter to the ConCourt who found that Zuma et al in his Government had broken their oath of Office (Raping the Constitution would be a more apt description, something which the ANC has done with impunity for too long!

And what did NUMBER ONE say after the Court ruling on Nkandla? ‘Sorry, we didn’t know we were in the wrong but we have now learnt’! This after two whitewash attempts by ANC dominated Committees!! Sorry doesn’t cut it! Remember also Number ONE’s disrespectful / disrespectful performance in Parliament ….Nkandla….Nnkaandla….Nnnnkaaandla..heh heh heh !

And this is the idiot that the ANC refuses to get rid of despite calls from opposition parties, ANC Stalwarts, civil society, ANC Vets, Religious Leaders including Bishop Tutu, SACP, COSATU as well as Chief Whip Jackson Mthembu and the ever mumbling / bumbling / stumbling gutless Gwede Mantashe (who subsequently changed tack and now supports following the party line-see ZAPIRO’s cartoon with ANC members with their heads up each other’s asses right up to NUMBA WUN ’s with hid grubby hands on a pile of cash! Most insightful ZAPIRO!

And so the sorry saga of an inept and corrupt Government goes on! Scandal upon scandal, corruption upon corruption!! State Capture by the Guptas. How much more must the South African voter and taxpayer endure / tolerate? When (if ever) are the Gupta’s and their smug partner Duduzane Zupta going to be investigated? Where is the NPA, Hawks and SAPS in all this?

Number ONE has done nothing to get the Commission of Enquiry into State Capture going! You don’t need to be a rocket scientist to know why he is stonewalling this investigation! There is so much more on Number ONE, the clingers on and the garbage Gupta’s on #Guta-Leaks.com!

Where did Number ONE get all the money from that has made him one of the richest men in Africa? (the corrupt arms deal bolstering his bank balance-in Switzerland maybe?). The Guptas? Diamond mine in CAR? Fleecing the South African taxpayer whilst showing us ‘the finger’!?

Remember the saga of the terminally ill Shabir Shaik having ‘lent’ Number ONE the money to pay for his kid’s school fees. I guess having so many kids (Dudu and daddy’s bastard children-remember Number ONE putting one of his buddies’ daughters up the spout) is a costly affair!

The Judge, who put Shaky Shaik away, said there was a corrupt relationship between the latter and NUMBER ONE. So after Shaky went to choekie, who better to foot the bills? The South African taxpayer of course!! To add insult to injury, Shaky was let out of choekie after two years (of a fifteen year sentence) due to a ‘terminal illness’ only to miraculously recuperate on the golf course ! Do we detect something corrupt in this deal? Of course we do!!

And Shaun has the audacity to support NUMBA WUN in his application to have the seven hundred and plenty pending charges, by the DA, set aside! Shaun has undoubtedly been captured by his boss! And in turn his boss has been captured by the shyster Gupta brothers!

SAA, SABC, Eskom, Transnet /Prasa, SA Post Office to mention but a few state-owned enterprises have lost BILLIONS by way of total inefficiency/ effectiveness, theft, corruption, tender fraud and wasteful expenditure. Now I see that you (Malusi Gigaba / Gigupta, Minister of Finance) want private enterprise to foot the bill for these SOE’s!! What are you smoking? ). Who in his right mind is going to invest (for a minority interest) in BUST enterprises? Are you telling me that you want dumb and blind investors with lots of money to invest? Monopoly white capital is not stupid stupid!! And STOP PAYING BONUSES TO THE EXECUTIVES OF THESE BLOATED UNDERPERFORMING ENTERPRISES!! How stupid are you and Lynn Brown who was also encircled by the Gupta’s !

Hold a fire sale and get shot of these delinquent assets! Government will NEVER turn these assets around! Google Julius Kambarage Nyerere and see what he had to say about Government’s ability to manage businesses!! It is a pity that ‘baba wa taifa’ Nyerere only admitted, just before his death in 1999, that Governments have no idea how to run (any) business. So, to all those preaching  nationalization (including that captured idiot Zwane) be warned!!

During the last couple of weeks I saw an interview upon the ‘opening’ of the new tax season, eNCA / Tom Monyane, head honcho at SARS, saying ‘South Africans must do the right thing and pay their taxes’!

Do the right thing? What a load of horse manure!

I am 66 years old and have paid my taxes throughout my entire working / retired life AND NEVER have I failed to do so.

How about Treasury / SARS and the ANC Government doing the right thing and PROTECTING taxpayer’s money from abuse and squander??

When asked about the R72 million Vat refunded to the Gupta’s, ‘uncle’ Tom says he cannot comment. He goes on to say that should eNCA have any proof of wrong doing said eNCA should provide him with the proof AND THEN he will investigate!!

This while it is reported that thousands of struggling small businesses await their VAT refunds.

So now it is the responsibility of the Press to obtain evidence and only then will SARS / Government investigate!! What investigations has SARS /Government undertaken with regards to #GuptaLeaks? To this end, Deputy Dog Ramaphosa unequivocally stated that taxpayers footed the R30 million Gupta wedding bill at Sun City (exposed by #GuptaLeaks), not to mention that Gupta Royalty used the Waterkloof Air Force base to land their charter plane and not to mention SAP’s VIP protection unit’s ‘blue light’ brigade escorting Gupta Royalty to Sun City courtesy of the South African taxpayer!!

Number ONE has the gall to tell Mmusi Maimane in parliament ‘don’t ask me why the NPA has not made any progress! Ask the NPA’! Ja well no fine…a blind person can see the game here!!

Read also: Maimane: Only way to free SA from Zuptas, state capture is to fire ANC

Do the right thing and get that bootlicking Shaun  ‘I’m my own man’ Abrahams to take action against the thieves, fraudsters, colluding State-owned enterprises and their Boards, fraud inspired staff/contractors including SAA, Transnet, Prasa , Eskom, Denel, the Gupta’s and Duduzane Zuma, wasters of taxpayers money (Zupta et al his cronies), Provincial Governments who waste millions on parties, travel and outlandish cars  all this while the masses suffer from poor to  no delivery of houses, basic services including the supply of running water and electricity!!

Given all the above, give me ONE compelling reason why I should pay my taxes to the Gupta and ANC thieves?

It goes without saying that I am / will be withholding any amount owing to SARS until the ANC does the right thing!! In short GET RID OF THE ROT !!

A step in the right direction would be to follow the example of Dr. Makhosi Khoza and Mondli Gungubele and VOTE ZUMA OUT on 8 August 2017!!