Harley Davidson motor cycles hit the jackpot 20 years ago with the business model positioning their products to the bored middle-aged dad with money to spend and no escape on a Saturday morning. So dressing up in leathers and cruising down to hang out at a coffee shop became the rage.

But, judging by the fleets of second hand Harley’s now for sale on the Internet, the naughty-forty of 20 years ago is now languishing in the shady pines retirement village and subject to noise regulations.

Most men add ‘learning to fly’ on their bucket list. Some go as far as completing a private pilots license. Few keep it up. The past time is a hideously expensive way of having an uncomfortable ride. A modest second hand plane will cost around R2million and burn 50 liters of Avgas an hour (about R750). That’s before all the other considerable costs of maintenance, hangerage, increased life insurance premiums and more.

Radio controlled multicopters (drones) are on sale in most malls today. So Dad’s can learn to fly from the comparative safety of the ground. Prices range from a couple of thousand rand to hundreds of thousands. Theoretically this hobby can even make a quick buck as multicopters applications are developed to replace tasks currently dependent on helicopters.

By now there must be thousands of multicopters in South Africa. Some say they are illegal. No, apparently not yet. The emergence of the multicopter is a worldwide debate leaving the aviation authorities in a quandary. They are potentially dangerous and are putting some commercial pilots out of work. But they represent a fantastic opportunity far beyond recreational use. There are even applications designed for monitoring Rhino at a far more acceptable price than helicopters.

Apparently there will be further regulations governing multicopters introduced during 2015/16.

But an integral part of any hobby is to have a fan club. Otherwise nobody would ever buy a Harley. So we get multicopters flying buzzing crowds and generally showing off. I agree with the No Society, it won’t be long before someone has a horrible accident.

The blade rotation on a multicopter is incredible. No, they probably won’t kill someone. But it won’t be long before someone looses an eye.

Please, please do not fly any multicopters over crowds. If you see some dunny doing it, keep away! No matter how good the pilot may be, multicopter accidents happen. 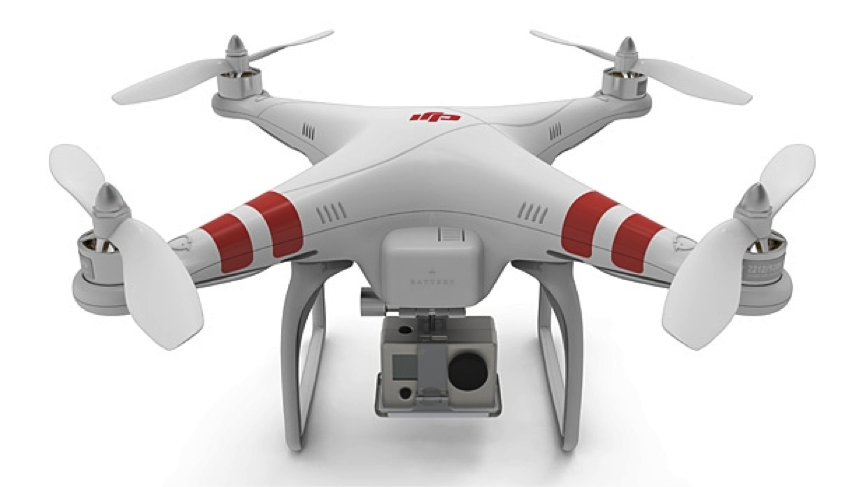 The DJI Phantom (right) is probably the market leader. The NAZA technology contained in this tiny quadcopter is quite incredible and would make landing on the moon a breeze. DJI prices range from around R12 000 to R25 000 putting the toy beyond the reach of many. Usually DJI’s are a toy for a bored dad looking for some manspace.

The beauty behind the DJI is that it is self-stablised and controlled by its own GPS. Thus, in ideal conditions, the pilot can simply let go of the controls and the DJI will hover in the same position. This, coupled with an amazingly tough construction should make it relatively easy for most to fly. It even contains a homing facility that will bring the DJI home and land it – completely on autopilot. Replacement parts are easily avaible.

The DJI comes ready-to-fly and is supported by fantastic educational YouTube videos.

By attaching a gopro camera one can achieve fantastic aerial shots with ease. Certainly a far more fascinating prospect than the endless pursuit of selfies.

So, what’s the catch?

Quite simply the DJI is no fun to fly in winds exceeding the gentlest breeze. And if the pilot does not adhere to strict procedures prior and during takeoff the DJI can literally fly away. Given a flying time of 20 minutes some are lost forever. That’s expensive and potentially dangerous.

The DJI is tiny. That’s great if you want to take it on holiday. But fly it more than 100 meters away from the pilot and it becomes extremely difficult to judge its orientation. So, although the theoretical range can be up to a kilometer the practical range is far less. That makes for a pretty boring hobby for most.

Multicopters have no place on the beach. Sand and unprotected engines just don’t mix.

If you are interested in the hobby, buy a second hand DJI phantom off the Internet. There are plenty available. For starters don’t buy all the cameras, gimbals etc. Leave that for later as it can double the cost of entry. Try it out, and then see if multicopters really for you. Most will quickly get bored if they are flying responsibly away from people. 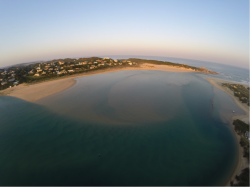 Camera fanatics who are getting bored of shooting from taking from the same old shots might well find some new fun in aerial photography. A multicopter armed with a gopro 3 stabilised by a Zenmuse gimbal certainly produces some amazing results. Bigger multicopters can even carry SLR cameras.

If you later become a multicopter enthusiast you can spend hours on the Internet looking at the options. The bigger multicopters are far more stable and easy to fly but can get very expensive. The technology is advancing at an incredible rate. So what’s good today will be far better tomorrow.