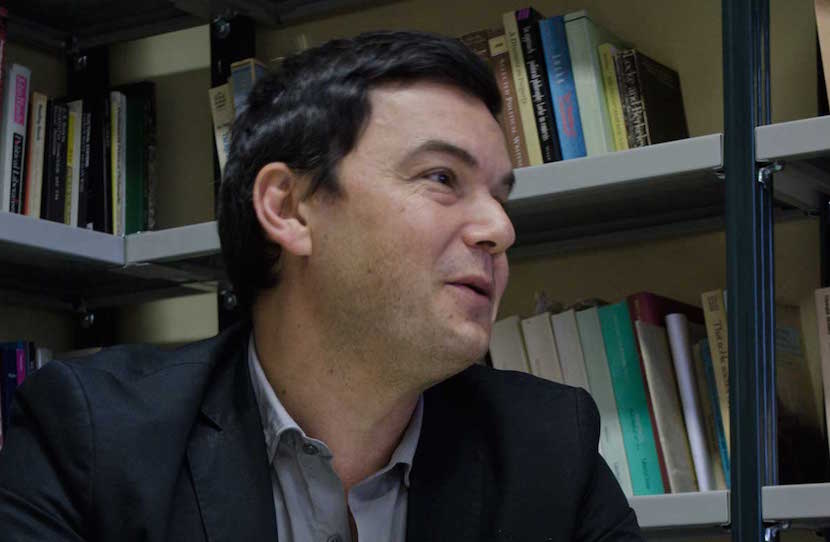 Celebrity economist Thomas Piketty‘s whirlwind South African tour is now over, and he’s most likely enjoying the interior of his French home. And as is customary, ‘out of sight, out of mind’ so South Africans can get back to the Rugby World Cup and Oscar Pistorius parole hearing. Matthew Lester disagrees, and after following the link to the website Piketty left everyone with, he discovers a fascinating tool. Lester’s conclusion, as is that of Piketty, the rich people in South Africa are getting richer, and on the current trend, inequality will return to the days of the 19th century. Lester’s concern with that, has anyone looked at the social impact of such a scenario? As always some great wit from Lester, with a strong punch at the end. – Stuart Lowman

Celebrity economist Thomas Piketty is probably home by now. Many will soon forget the importance of this visit. After all an investment in his book ‘Capital in the 21st century’ is considerable, in terms of money, time and effort. So we are already back to discussing important things like rugby and Oscar’s parole.

It is indeed a pity that Piketty did not prescribe some homework for all South Africans, great and small.

So here is what I think we should all be doing about it.

Piketty quickly went through a series of amazing graphics. He acknowledges that his presentation is partly based upon Capital in the 21st century (HUP, 2014). In this book, he studies the global dynamics of income and wealth distribution since the 18th century in 20+ countries. He uses historical data collected over the past 15 years with Atkinson, Saez, Postel-Vinay, Rosenthal, Alvaredo, Zucman, and 30+ others. Piketty’s aim is to put distribution back at the center of political economy.

Then came the bit most missed. Piketty left us with the website reference http://www.w2id.org.

‘oops,’ says the crowd. ‘ that’s going to be one of those miserable experiences that can only be appreciated by a turbo economist nerd.’

No. This site has an amazing graphics package, Click on the icon on the home page and you get. 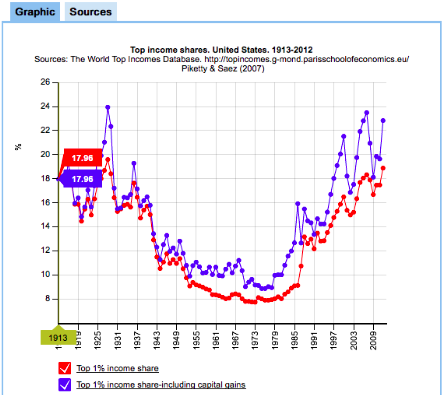 This is one of the main images Piketty goes on about. The increasing proportion of income enjoyed by the top 1% in the USA.

Now use the tools and you can calculate the following 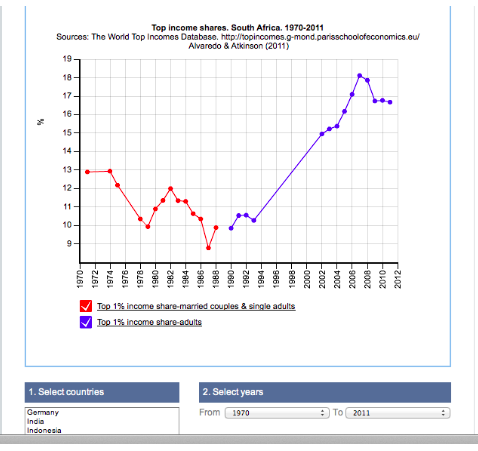 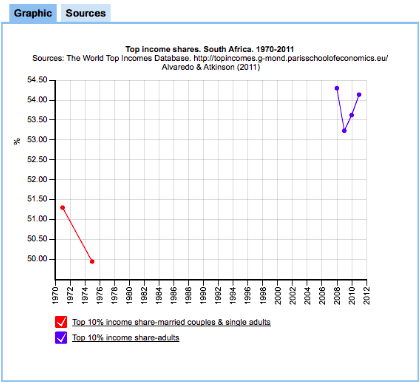 Play with the graphs and one can only come to one conclusion ‘the rish are getting richer.’

Piketty is of the opinion that if this trend continues inequality could go back to the levels of the 19th century. Perhaps we should be thinking about the social impact that could entail.