Well known economist Thomas Piketty’s visit to South Africa has left Matthew Lester with a lot to ponder. Piketty’s mantra says redistribution is the key to solving inequality. But billionaires like Bill Gates and George Soros regularly opine that it is more difficult to efficiently distribute their wealth than it was creating it. Others say that inequality should be addresed through education. But as Lester says: “this argument doesn’t get out of the starting blocks as many cannot afford tertiary education.” Drawing on past experiences, Lester says if he was a CEO he would be spending more on bursaries and scholarships, as a way to help address inequality. And that business is not taking full advantage of government initiatives like SETA and B-BBEE benefits. – Stuart Lowman 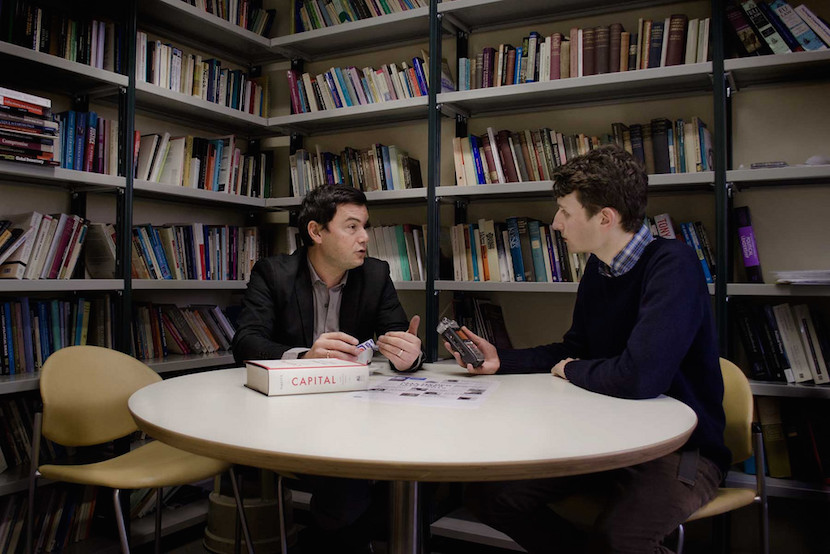 The old South Africa didn’t just give up because they suddenly became nice. The economy had become strangled by sanctions, cost of debt and safety and security costs. The old RSA was as broke as two short planks.

Mandela and Mbeki placed enormous emphasis on education as the solution to South Africa’s problems. And the money followed, to the extent that today more than 20% of the tax Rand is spent on education. The biggest spend of all.

And it doesn’t seem to be solving the problem.

Currently RSA collects R15bn a year from the 1% skills development levy. 20% of the SDL collection is syphoned off into the National Skills Fund and that is helping thousands of students get to university when otherwise they wouldn’t stand a snowball’s hope. This is a worthy initiative but R3 billion per annum is not enough.

During the recent lectures of celebrity economist Thomas Piketty he quoted some amazing figures from the USA regarding enrollments at Colleges. Nearly 100% of the top 10% income decile attend college. Less than 30% of the lowest 10% income decile enjoy the same privilege. I wish we could run the same numbers in RSA, that would be a wakeup call.

Piketty is saying that something can be done about inequality through redistribution.

Others say that inequality can only be addressed through education.  But in South Africa if so many cannot afford tertiary education, then redressing inequality doesn’t get out of the starting blocks.

Back in the 1980’s I borrowed R4,800 on a student loan. It was as easy as filling out a form and getting Dad to stand surety. Coupled with a bursary from PimGoldby (long since absorbed into Delloites) that was enough to get me a CA(SA).

If I was trying to do it today I would be a non-starter.

Many of my fellow students got there on bursaries from the department of education. Yes, back then those who really wanted to study could make some sort of plan.

Americans haven’t got it right even though parents saving for college is often a matter of family tradition and pride. Lets face it, few families have any prospect of saving enough in RSA. And many parents, in the pursuit of education for their children, land up horribly in debt or facing a grim retirement. Or both.

What can be done?

I say South Africa’s employers are not doing enough to explore what really makes up a true bursary/ scholarship initiative. Employers are not adequately examining the B-BBEE benefits. Even fewer are looking at how the SETA programs actually work. So bursary and scholarship programs seem to fall in the gap between human resources and corporate social investment.

Perhaps there are far more glamorous ways for companies to get involved in corporate social investment. So often CSI initiative just looks like a feel-good marketing campaign.

If I was a CEO today I would be saying ‘no business can be doing to much wrong if it spends more on bursaries and scholarships.’